By Zhao Huanxin in Washington and Zhou Jin in Beijing 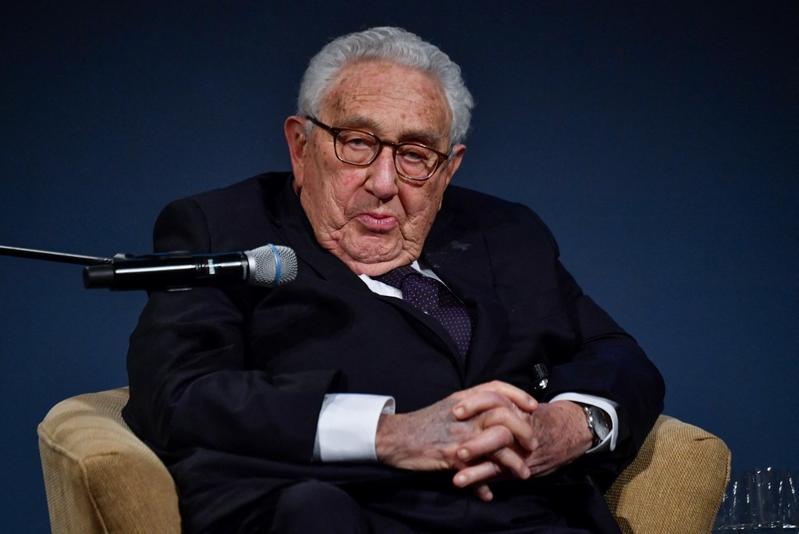 Former US Secretary of State Henry Kissinger attends the awarding ceremony where German Chancellor Angela Merkel received the "Henry A Kissinger prize" at the American Academy in Berlin on Jan 21, 2020. (JOHN MACDOUGALL / AFP)

An event commemorating the 50th anniversary of Henry Kissinger’s secret trip to China took place on July 9 at Beijing’s Diaoyutai State Guest House, the same location where the national security adviser to then United States president Richard Nixon spent many hours in conversations with then Premier Zhou Enlai.

That trip was followed by Nixon’s historic visit to China the following year and the signing of the Shanghai Communique, the first communique between China and the US.

Addressing the event, Vice-President Wang Qishan said that despite ups and downs over the past five decades, Sino-US relations have kept moving forward, bringing enormous benefits to the two peoples and contributing to world peace, prosperity and stability.

China’s development is an opportunity for the world, and Beijing and Washington should be partners for common development, Wang said.

He urged the two countries to seek common ground while shelving differences, respect each other’s sovereignty, security and development interests, and properly handle differences through consultation.

He also urged each side to expand common interests and strengthen people-to-people exchanges.

It is the US itself which poses the biggest challenge for Washington, Wang said, adding the US strategy toward China should avoid a vicious circle of misguidance and miscalculation. As long as China and the US uphold the vision of a shared future for mankind, the two countries will not face fundamentally antagonistic or irreconcilable contradictions, and will be able to find a path of peaceful coexistence and win-win cooperation, he said.

Speaking both live and in recorded video in the US, Kissinger said the premise that led to his secret visit to China is still valid, even more so today than 50 years ago, and that the two countries should ramp up cooperation and avoid conflicts.

Kissinger noted that 50 years later, the two countries are in a situation in which the need for cooperation has not diminished, “but the mechanism and the procedures and maybe the understandings have not yet been fully worked out”.

He called for a “serious dialogue” to start soon again on the major issues.

“We will keep in mind on both sides that not every problem can have an immediate solution, but we should start from the premise that war between our two countries will be an unspeakable catastrophe. It cannot be won,” the 98-year-old said.

“I hope that all my Chinese friends and all the Americans who are participating in this event keep this objective in mind, that we need peace for our countries, peace for the world, and China and the US can make the decisive contributions to this,” Kissinger said at the end of his speech.

For eyewitnesses of Kissinger’s trip, the fundamental element of success lies in the two sides having sincerity in improving relations, seeking to reach common ground while putting aside their differences.

Lian Zhengbao, who was a notetaker at Kissinger’s meetings in Beijing, said his “deepest impression” about that visit was that China and the US both had the sincerity to improve bilateral relations and a willingness to put an end to the past and open a new chapter, which entailed “a lot of work and a lot of concrete actions to make that happen”.

Winston Lord, who was then Kissinger’s special assistant, said the 1971 engagement between China and the US was a “classic win-win situation”, in which the two sides listened to the real needs as well as the constraints.

“Both sides agreed to put aside issues that couldn’t be resolved immediately, and to forge these common areas of interest. So yes, it was a classic case of listening to one another, and meeting each other halfway,” said Lord, who later became US ambassador to China from 1985 to 1989.

Chas W. Freeman, who was not on Kissinger’s secret mission but was studying Chinese in 1971, said: “In the Shanghai Communique (of 1972), both sides acknowledged that our socioeconomic systems and history is different. Nonetheless, we have things we can cooperate about, so let’s set those differences aside and get on with cooperation.

“And it worked. It was very good for the United States and for China. So I completely disagree with the assertion that engagement failed. And I hope we will re-engage in the spirit with which Dr. Kissinger opened this relationship,” Freeman said.

Tang Wensheng, the interpreter whom Kissinger called “the formidable Nancy Tang” in his memoir, recalled that Kissinger stood “very straight up to show courtesy” and looked “pretty tense”. She learned from Kissinger later that was because he was wearing a shirt borrowed from a member of his delegation.

Tang also recalled that Kissinger sat down at the table with a huge binder, while Premier Zhou did not even have a talking point. Then after the US side voiced a statement that the US does not support “two Chinas” or “one China, one Taiwan”, the premier said, “Well, we can start the conversation now.”

“I think that was exactly a testament to the fact that the two sides have common understandings, and the Shanghai Communique did cover a lot of convergent grounds,” she said. “I think this spirit continues to apply today and needs to be preserved.”

Speaking at a panel featuring “Beneficiaries of the Visit”, Benjamin D. Harburg, managing partner of global investment firm MSA Capital, said China and the US are “hugely synergistic”.

Harburg, whose father was a pilot who flew Kissinger to China via Pakistan in that historic trip, said today’s US-China dialogue is “very much” characterized by a lot of bias and misinformation.

“Our constant refrain is to put people on a plane, bring them here to China, let them understand what’s transpiring here on the ground in China and likewise send academics, policymakers and businessmen, back to the United States,” he said, to establish that baseline understanding and thereafter engage in a constructive dialogue which “isn’t tainted by political bias, or by individual personal interests, but rather a mutually shared destiny that these two countries share in improving themselves and improving the world around them”.