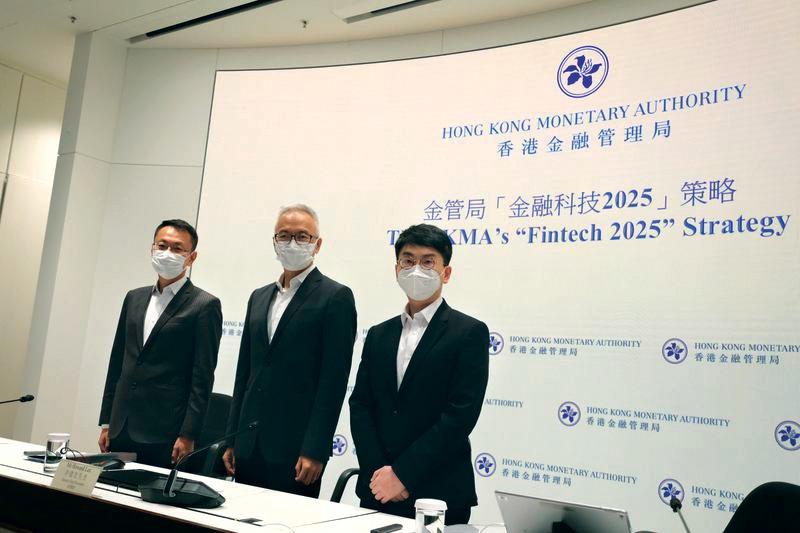 On June 8, the Hong Kong Monetary Authority unveiled Fintech 2025, its new strategy aimed at driving Hong Kong’s fintech development these coming years. The said strategy was outlined by Eddie Yue Wai-man, chief executive of the HKMA, in his opening remarks for a fintech seminar organized by the Hong Kong Association of Banks.

Fintech 2025 aims to encourage the financial sector to adopt technology comprehensively by 2025, and also, as per Yue’s words, to “promote the provision of fair and efficient financial services” for the benefit of Hong Kong residents and the economy.

The strategy is based on five pillars:

First, all banks go fintech: The HKMA will continue to promote the all-around adoption of fintech by Hong Kong banks and encourage them to fully digitalize their operations, from front end to back end. The HKMA will issue further supervisory guidance and continue to “walk the talk” by digitalizing its supervision through the use of advanced technologies.

Second, future-proofing Hong Kong for central bank digital currencies: The HKMA will strengthen its research work to increase Hong Kong’s readiness in issuing CBDCs at both wholesale and retail levels.

It has been working with the Bank for International Settlements to do research on retail CBDCs and will begin a study on the eHKD to understand its use cases, benefits, and risks. It will also continue to collaborate with the People’s Bank of China in supporting testing of the digital yuan in Hong Kong.

Fourth, expanding the fintech-savvy workforce: The HKMA aims to collaborate with various strategic partners to groom all-around fintech talent, both students and practitioners, through various initiatives, including developing fintech-specific training programs and qualifications.

Fifth, nurturing the ecosystem with funding and policies. According to Yue, “Fintech is, without doubt, a key growth engine for the financial industry in the post-pandemic era, and now is the right time to double down on our efforts to grasp the opportunities. Fintech 2025 sets out our vision in this regard. I urge all stakeholders to join forces with the HKMA. Together, we can take our city’s fintech ecosystem to new heights.”

To me, Fintech 2025 seems consistent with Hong Kong’s current role as a global fintech and trading hub. Despite the challenges, Hong Kong is as strong as ever. In March, the special administrative region was ranked among the world’s top four financial hubs, according to the 29th Global Financial Centers Index.

Hong Kong’s future is not so much about remaining as the gateway to the mainland but mostly about keeping and enhancing its current status as one of the world’s most important financial centers by adopting the very economic initiatives that are relevant to the development blueprint for the Guangdong-Hong Kong-Macao Greater Bay Area.

In that sense, Fintech 2025 is aligned with the 14th Five-Year Plan (2021-25) for National Economic and Social Development and the Long-Range Objectives Through the Year 2035, which recognized Hong Kong’s economic potential at the national level.

Furthermore, the timing for unveiling such a strategy seems perfect. On the one hand, consumer behavior is changing due to the COVID-19 pandemic, thus turbocharging a financial technology revolution all over the world. On the other hand, Hong Kong, after two bumpy years, is in a perfect position to tap even more into all the opportunities offered by fintech, thus becoming even more important in this area.

Hong Kong will not walk alone in this area, since the fintech scene on the Chinese mainland is developing very fast too. In this sense, Hong Kong (and Macao, to a lesser but very relevant extent) can undoubtedly play a vital role in China’s fintech scene, given Hong Kong’s current position as one of the most important financial centers in the world and given that its fintech industry has the potential to develop much faster now that it can leverage its involvement in the Greater Bay Area blueprint.

We can certainly expect a positive symbiotic fintech development on both the mainland and in Hong Kong simultaneously. This can only bring the two sides closer together in their parallel development.

To sum up, not only has Hong Kong already become a very strong and relevant fintech hub, but it is preparing for the next era of fintech through the Fintech 2025 strategy. Hong Kong has been for decades one of the world’s most important financial centers and will remain so, but it is wise to keep improving and embracing technologies in order to keep its leading position and never be left behind.

The author is a fintech adviser, researcher and a former business analyst for a Hong Kong publicly listed company.