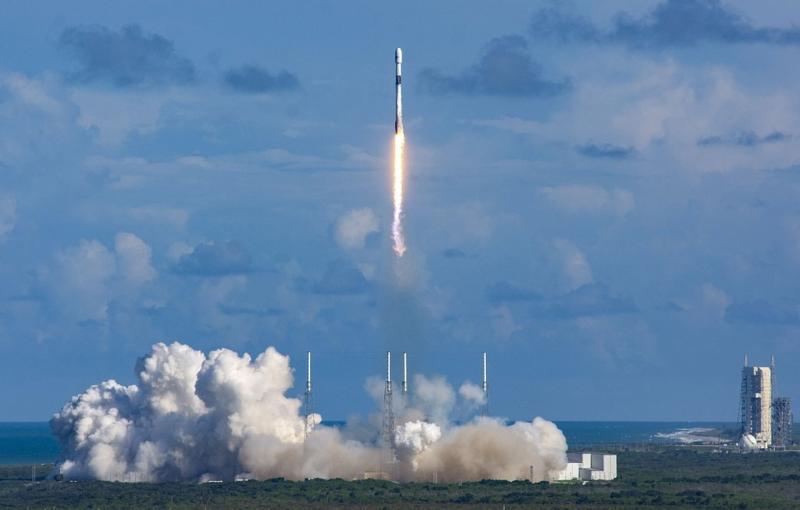 South Korea's space program is set for a major boost with new satellites to keep it at the forefront of the 6G communications competition and more eyes in the sky for national security purposes, the science minister said.

Lim Hye-sook said this means launching multitasking satellites on home-grown rockets, and eventually a mission to the moon. “Space exploration will be the platform for new businesses,” Lim, who received her doctorate in electrical engineering and computer science from the University of Texas, said in interview with Bloomberg this week.

One big test comes in October when South Korea plans to launch its three-stage Nuri rocket, a US$1.8 billion project designed to put a 1.5-ton satellite into a orbit about 600 to 800 kms above the Earth

South Korea saw limits removed on its rocket development earlier this year when the US lifted restrictions in a bilateral agreement, which could help the country build more powerful rocket engines and quickly play catch-up in the commercial space business. US President Joe Biden and President Moon Jae-in ended bilateral missile guideline in May that had long restricted Seoul’s development of missiles to under the range of 800 kilometers.

One big test comes in October when South Korea plans to launch its three-stage Nuri rocket, a US$1.8 billion project designed to put a 1.5-ton satellite into a orbit about 600 to 800 kms above the Earth. It would be a major advancement over its two-stage Naro space vehicle built with domestic and Russian technology that was hit by delays and two failed launches before a successful flight in 2013 - carrying a 100-kilogram research satellite.

“The space industry is a cutting edge industry that’s based on intelligence, but also a crucial one for national strategy in terms of securing national security and public safety,” Lim said. She didn’t mention any specific country that may be watched from above.

South Korea may be a world leader in several tech sectors, but its space program lags behind that of neighbors China and Japan. The  has fired off intercontinental ballistic missiles and a rudimentary civilian rocket using ICBM technology that could be seen as exceeding what South Korea has launched so far.

The space industry is a cutting edge industry that’s based on intelligence, but also a crucial one for national strategy in terms of securing national security and public safety.

South Korea has been pushing to fully activate its “425 Project” of high-resolution surveillance satellites as early as next year, which would have civilian and military applications.

South Korea is planning to build its own satellite navigation system, as well as a 6G communications satellite network, Lim said, adding it plans to send a spaceship to the moon by 2030. South Korea has been aiming to send a probe there for more than a decade, and in May it joined NASA’s Artemis program, which plans to return humans to the lunar surface.

Lim also talked about plans to bolster the semiconductor industry, coronavirus research and heading to the moon in the interview and here are some highlights:

“In the semiconductor industry for example, the memory chip sector is one where South Korea is the best in the world. However, we’re unable to secure an edge for the system semiconductor market. Securing an edge would be extremely helpful in securing a gateway to the world supply chain.”

“We’re pushing for many South Koreans to be learning digital technology to lessen the impact of the digital divide, and we’re actively cultivating human resources regarding software and artificial intelligence.”

“We’re looking forward to putting together the research conducted separately by universities and research institutes. We think it’ll take the role of a holistic support system for virus research support and the latest facilities for research.”

“Should we have our own Korean satellite Global Positioning System, we will have an accurate and detailed positioning system. The reason we need this is for its precision that will be utilized by our new businesses and industries such as urban air-mobility, drones, and self-driving services.”