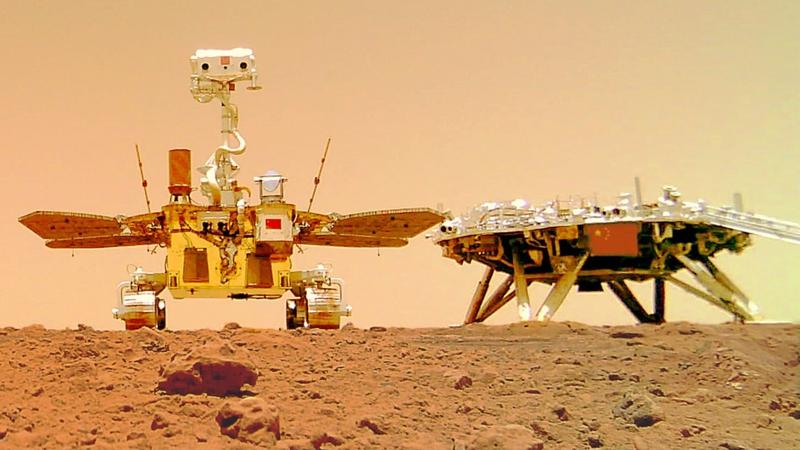 BEIJING - China's Mars rover Zhurong has traveled more than 400 meters on the surface of the red planet, according to the Lunar Exploration and Space Program Center of the China National Space Administration on Monday.

The orbiter of Tianwen-1 mission has worked normally in orbit for 353 days as of 8:00 pm Sunday (Beijing Time). The distance between Earth and Mars is 370.7 million km.

The rover has traveled 410.025 meters and worked normally, the center said.

China's Tianwen-1 mission, consisting of an orbiter, a lander, and a rover, was launched on July 23, 2020. The lander carrying the rover touched down in the southern part of Utopia Planitia, a vast plain in the northern hemisphere of Mars, on May 15.