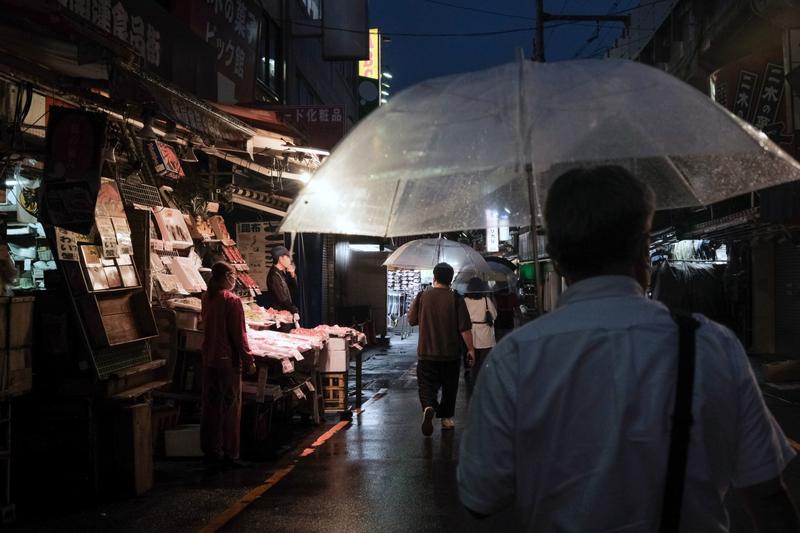 Pedestrians carrying umbrellas walk through the Ameya Yokocho market at night in the Ueno district of Tokyo, Japan, on July 2, 2021. (SOICHIRO KORIYAMA/BLOOMBERG)

“Unprecedented heavy rain” has hit parts of Kagoshima, Miyazaki and Kumamoto and there’s a high chance the downpour has caused damage, the agency said in a statement. As of 11 am, about 126,000 people had been advised to evacuate, according to broadcaster NHK.

Local officials have instructed residents who have difficulty taking shelter safely to move to rooftops, staying away from rivers and hills. There are no reports of injuries or casualties yet.

Residents should remain highly vigilant against mudslides and river overflow especially for those in Kagoshima, an official with the agency said at a press conference.

A week ago, torrential rain triggered a massive mudslide in the central Japan city of Atami, resulting in nine people dead and 20 still missing.

About 10 families were stranded due to collapsed roads, and around 100 evacuation centers were set up in Kagoshima prefecture.

The weather agency recorded rainfall of 96.5 millimeters per hour in Satsuma, Kagoshima prefecture, setting a record for the town, while rainfall in Ebino, Miyazaki prefecture was recorded at 83.5 mm per hour.