Britain says it does not recognize EU estimate of Brexit bill 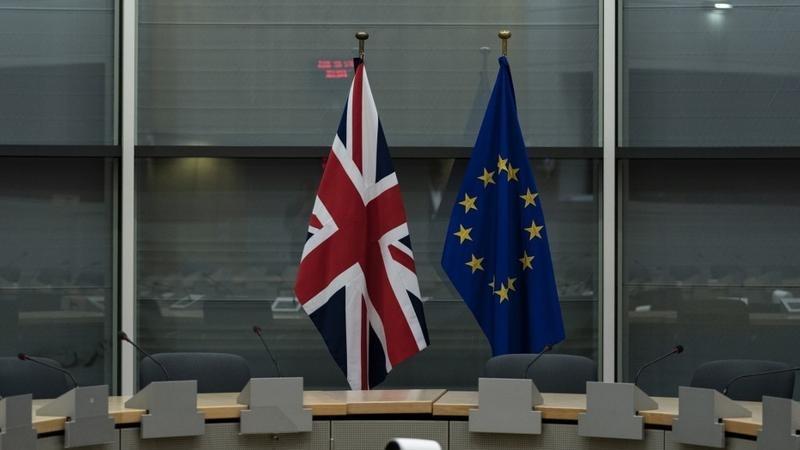 In this photo dated Sept 20, 2019, the flag of the UK and the flag of EU are displayed in Brussels. (KENZO TRIBOUILLARD / POOL / AFP)

LONDON - Britain said on Friday it did not recognize the European Union’s estimate of the overall Brexit settlement cost, and that it believed the total bill remained within the government’s original projections.

We don’t recognize that figure ... It’s an estimate produced by the EU for its own internal accounting purposes. For example, it doesn’t reflect all the money owed back to the UK, which reduces the amount we pay.

Britain and the EU agreed a divorce deal under which Britain continues to pay into the bloc’s budget to match commitments made during its membership.

The EU said on Thursday that Britain was liable to pay 47.5 billion euros (US$$56.2 billion) to the bloc for the post-Brexit financial settlement.

“We don’t recognize that figure,” Prime Minister Boris Johnson’s spokesman told reporters. “It’s an estimate produced by the EU for its own internal accounting purposes. For example, it doesn’t reflect all the money owed back to the UK, which reduces the amount we pay.”

The EU rejected Britain’s characterization of the figures contained in the bloc’s budget report.

“The figure (is) 47.5 billion euro, which the United Kingdom is going to have to pay into the European Union budget over the next years,” an EU spokesperson said.

“All the calculations have been carried out in line with the provisions of the Withdrawal Agreement,” the spokesperson said, referring to the divorce deal. “The report is final.”

Britain said its estimate of the cost remained within the central range it has previously set out: 35 to 39 billion pounds.