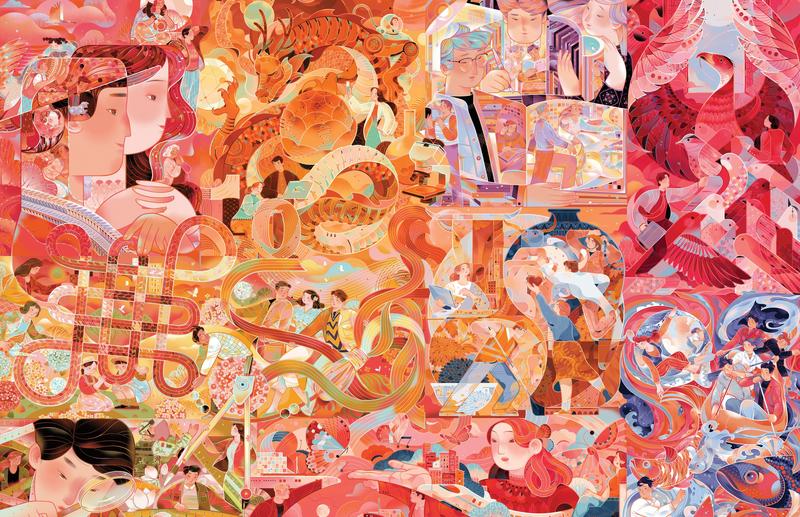 China is experiencing a new era like never before in the modern age as it is on the brink of achieving major national goals and offering the rest of the world a guiding philosophy for international cooperation, according to experts.

The 100th anniversary of the Communist Party of China, marked on July 1, will be the springboard for China to complete its journey of national rejuvenation over the next few decades, they said.

This momentous journey was mapped out by Xi Jinping, general secretary of the CPC Central Committee, in his keynote report to the 19th CPC National Congress in October 2017 when he outlined

Xi Jinping Thought on Socialism with Chinese Characteristics for a New Era.

The speech, which was three and a half hours long, signaled that China was moving on from economic catch-up in the 40 years since the reform and opening-up in the late 1970s to a new phase in which it would take a more central role on the world stage.

Martin Jacques, an author and academic, believed at the time that the report was a turning point in world history and was a profound defense of China’s system of governance.

He insists that nearly four years later China looks as robust as ever in its new era and has demonstrated the resilience of its system.

“The unexpected challenge was COVID-19. It was a test of governance whereas China’s challenges were previously otherwise seen in economic terms,” he said.

“China though has passed the test with flying colors. As a result, the last two years have been a key moment and has marked a phase when an increasing number of countries look to China as a global leader.”

The Chinese government prioritized improving the country’s governance before the pandemic, seeing it as crucial for the success of the new era.

This involved not only continuing to crack down on corruption but also making sure the system was less top down and listened more to people delivering services to the public on the front line. It was also deemed important for the government to be early adopters of new technology.

Ma Liang, a professor of public policy at the National Academy of Development and Strategy of Renmin University of China in Beijing, said that good governance has been important for the Party in its first 100 years, during which it has steered the government for nearly 72 years, but there will be new challenges.

“The Party has demonstrated its capacity to govern China but as we move further into the new era it will face new challenges. It will have to construct a governance system which will be able to deal with a more complex, uncertain and turbulent world,” he said. 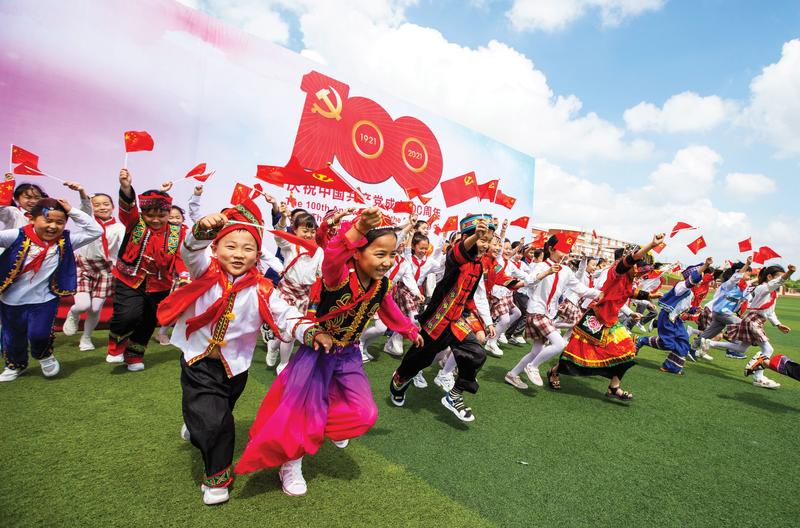 Students participate in an event to celebrate the 100th anniversary of the founding of the Communist Party of China, at a primary school in Nantong, Jiangsu province, on June 30. (ZHAI HUIYONG / FOR CHINA DAILY)

Two of the key goals for China’s new era have been met this year with the elimination of extreme poverty and becoming a “moderately prosperous society in all respects”.

The next key stage in China’s development is in 2035, when it becomes a global technological leader and reverses some of its environmental degradations by becoming “Beautiful China” (a classical reference used by Xi in his 2017 report) once more.

By 2049, in time for the 100th anniversary of the People’s Republic of China, Xi’s aim is for China to become a “great modern socialist country”.

Economic development will clearly play an important role in the next stage of China’s growth trajectory.

Xi himself said in a speech to the CPC Central Committee in November that it was “completely possible to double the size of the Chinese economy by 2035”.

A number of outside commentators have been more bullish. The Centre for Economics and Business Research, a London-based consultancy, has forecast that China’s economy will become bigger than that of the United States by 2028, five years earlier than it had previously predicted.

The nation faces a much tougher external economic environment, however, with continued trade tensions with the US, ongoing COVID-19 pandemic and increasing concerns about escalating global debt, which could slow global growth.

China has so far responded with its dual-circulation development paradigm, which is the centerpiece of its 14th Five-Year Plan (2021-25).

This is designed to unleash the potential of its domestic market, which will have 600 million middle-income consumers by the middle of this decade, according to McKinsey & Co, the management consultancy.

Under the new strategy, domestic consumption will be prioritized while China will continue to welcome international trade and investment.

Stephen Roach, a US economist and senior fellow at Yale University’s Jackson Institute for Global Affairs, said dual-circulation will prove to be a “daunting” challenge because it will involve a major rebalancing of China’s economy.

He added that if it does succeed, there will be “ample opportunity for China to continue to play a powerful role as the world’s major growth engine”.

Roach said the focus of China’s new era will be on the quality, rather than the quantity, of its growth.

“A successful growth experience will be increasingly assessed in terms of quality — such as by lower greenhouse emissions, health outcomes, financial stability, and, of course, income and wealth equality,” he said.

One factor that will determine whether China does deliver high-quality growth is technology. 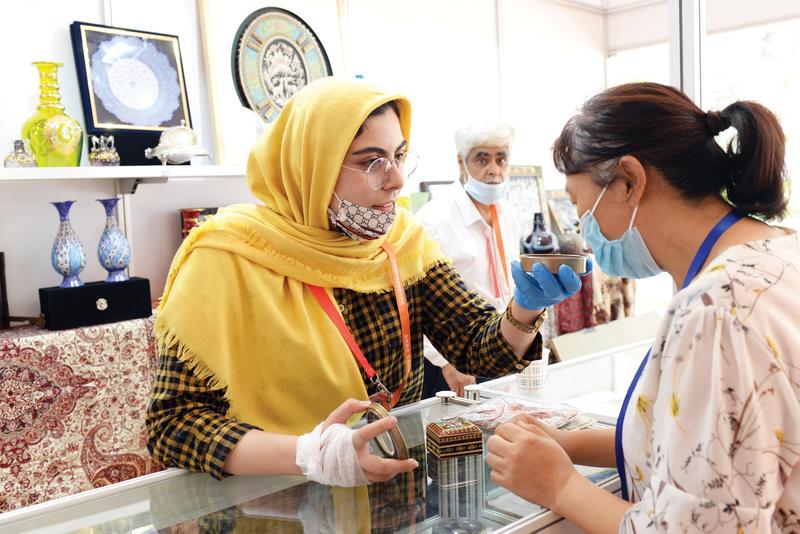 A customer tries a product from Iran at the China International Fair for Trade in Services in Beijing on Sept 5. (HU QINGMING / FOR CHINA DAILY)

China spent 2.44 trillion yuan (US$379 billion) on research and development in 2020, according to the country’s National Bureau of Statistics. Data vary on whether this is now more than the US but the rate of growth in China’s spending has been significantly higher than that of the US in recent years.

China is also producing significantly higher numbers of graduates in the STEM subjects. Some 40 percent, or 1.6 million, of China’s 4 million graduates were in science, technology, engineering or mathematics, according to the World Economic Forum in 2020. This was nearly five times more than the 331,000 STEM graduates in the US.

Edward Tse, an expert on Chinese technology companies and CEO of Gao Feng Advisory, a management consultancy, said the West has yet to acknowledge that what is happening in Shenzhen is the emergence of a new Silicon Valley.

“While Silicon Valley is strong in many dimensions, Shenzhen now offers perhaps an even more complete ecosystem support to tech startups,” he said.

What is evident in the new era is that Chinese scientists no longer see going abroad as the way to further their careers, instead deeming major opportunities as coming from home. Those graduating from US universities often want to do startups in Hangzhou, Shanghai and Beijing as well as Shenzhen.

“Those wanting to return to China have certainly increased in recent years. Shenzhen, in particular, has developed a real vibrant ecosystem of research and development organizations, universities, labs, suppliers, manufacturers and service providers. The local government also plays a critical role in providing funding, incubation and business networking to startups, often in collaboration with private investors,” Tse said.

“These combined with the speed of innovation in China, the experience gained by Chinese entrepreneurs and the strengths of the education system, all point to a new era of rapid technology development ahead,” he said.

One of the most exciting projects of China’s new era is almost certainly the multi-trillion dollar Belt and Road Initiative. Parag Khanna, an international relations expert and author of The Future is Asian has described it as the “most coordinated infrastructure investment plan in human history” and believes its timing is just right.

“All countries need to make major investments in overhauling, modernizing and improving infrastructure, both in the West and Asia,” he said.

“Belt and Road is about building connections and there can be no more uniting philosophy than Xi’s ‘community of shared future for mankind’.”

To many, this underscores how China and other countries should work together, representing a key foundation of the Xi Jinping Thought.

Bukola Ogunsina, an African journalist who is a senior executive with the Leadership Newspaper Group in Nigeria, is among those who witnessed Xi’s 2017 speech, which gave birth to the new era, from within the Great Hall of the People.

“The Chinese president is not appealing to our differences but to what connects and makes us relatable, to our very humanity,” she said. “We are all humans and would want what all humans want, something better in this changing world.”