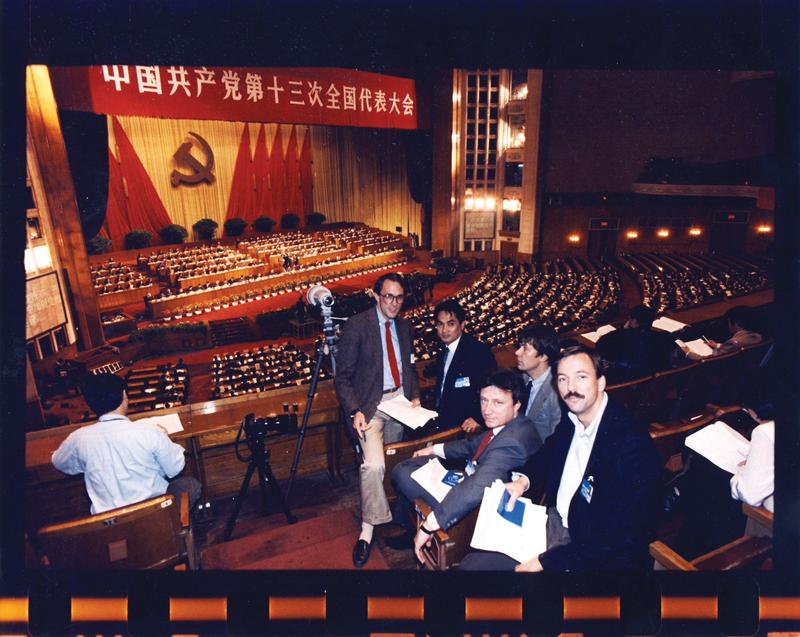 Jaime FlorCruz, who worked as a foreign correspondent in China for about 40 years, had a front-row view of major events and developments in the country, giving him a unique perspective of its social and economic progress guided by the Communist Party of China.

Starting his reporting career in the early 1980s, shortly after China embraced the path of economic reforms and opening up to the outside world, he is amazed at how far the nation has advanced in terms of economic prosperity and improving people’s lives in just a few decades.

He said much of that success stems from the CPC’s leadership and its unswerving pursuit of goals.

“What is incredible is how China has changed in such a relatively short time. This was made possible because of the CPC’s strong, single-minded leadership and, just as important, its resilience and ability to adapt to changing situations,” FlorCruz said.

The CPC allowed FlorCruz, then a Filipino student leader, to travel to China in 1971, when Premier Zhou Enlai hosted a secret meeting with US Secretary of State Henry Kissinger. It was the first time in more than 20 years that a high-level United States official had visited China.

“China had shifted its strategic goals by normalizing ties with the US. This also signaled that China was ready to resume normal relations with the rest of the world … by inviting groups like ours (to visit and know more about the country),” FlorCruz said.

He was referring to a group of Filipino student leaders, young academics and professionals who were invited to join a study tour hosted by the China Friendship Association.

FlorCruz was due to stay in China for just three weeks, but political turbulence in the Philippines forced him to opt for an “open-ended political exile”.

Looking back, he said his “exile” was a blessing in disguise, as it gave him an opportunity to watch China’s contemporary history unfold. It also gave him many chances to meet CPC cadres, including grassroots leaders, university students, and county and city officials. He was impressed by how they took their responsibilities seriously.

“I frequently heard them chant the slogan ‘Serve the people’. The cadres that I knew seemed to follow that as a mantra,” FlorCruz said, adding that the cadres aspired to be both dedicated Communists and experts in their jobs. 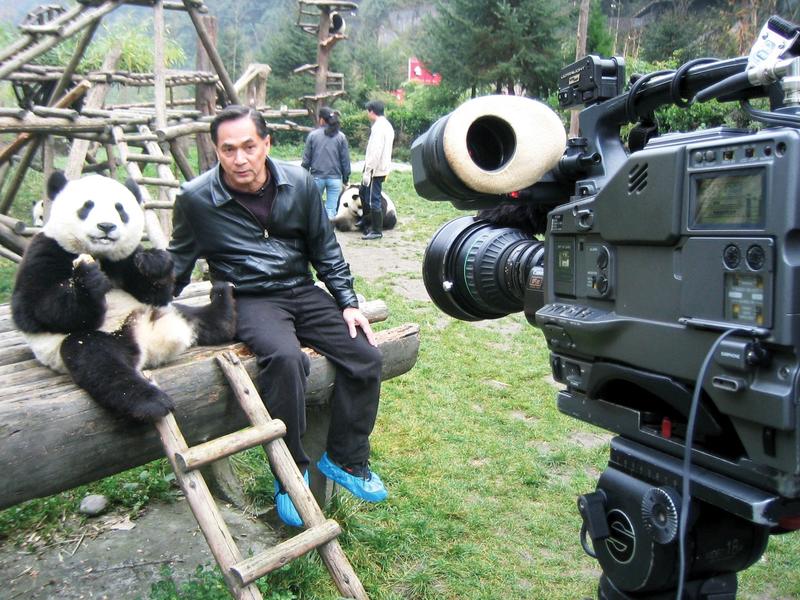 FlorCruz reports for CNN from a panda reserve in Sichuan province. (PHOTO PROVIDED TO CHINA DAILY)

FlorCruz was 20 years old when he first arrived in China.

“At that time, China was better known as ‘Red China’, a Communist nation hidden behind a ‘bamboo curtain’, diplomatically isolated and virtually inaccessible to visitors,” he said.

In the early 1970s, it was illegal for Filipinos to travel to China, with Manila not establishing diplomatic relations with Beijing until 1975. FlorCruz said his Philippine passport bore a stamp that stated: “Not valid for travel to China, the Soviet Union and other Communist countries.”

However, FlorCruz and his group got around the restriction by first flying to Hong Kong, which was then a British colony. They picked up their Chinese visas in Hong Kong, and the next day took a train to Shenzhen, Guangdong province, stopping over in Guangzhou, the provincial capital, before flying to Beijing.

“We arrived in Beijing in the evening. My initial impression while being driven from the airport to our hotel was of a two-lane road lined with willow trees, plied by few cars and buses. Along this poorly lit road stood courtyard houses and dormitory buildings — also poorly lit,” Flor-Cruz said.

A week into his China trip, he learned of the political upheavals in the Philippines, so he and four other members of the group decided to stay in China for a while. The tour organizer renewed their visas to give them time to decide what to do.

Stranded, bored and penniless, FlorCruz and his group asked their hosts how they could earn their keep, resulting in him traveling to a State farm in Hunan province in December 1971.

He initially thought that by working on a farm, he would be able to take part in a “noble socialist experiment”, but quickly realized that weeks of manual labor were required, during which time he planted and harvested rice, picked tea plant leaves, dug ditches and repaired roads.

After a year in Hunan, FlorCruz headed east to work for a fishing corporation in Shandong province. At the end of the working day, while others slept, he read widely to improve his Chinese. Those sleepless nights paid off at the end of 1974, when he returned to Beijing to take a two-year course in Chinese at the Beijing Languages Institute.

In 1977, FlorCruz joined more than 5 million young Chinese in taking the gaokao, or national college entrance exam. It was the first time the gaokao had been held in 10 years after being suspended during the “cultural revolution” (1966-76). 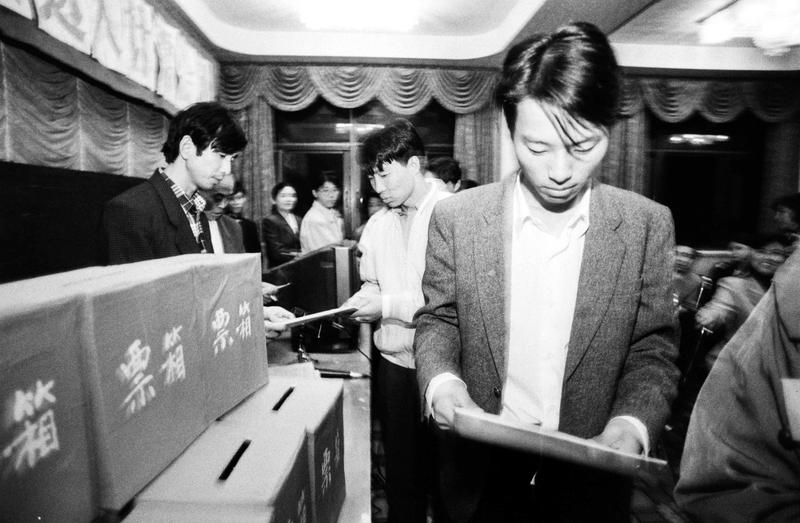 FlorCruz passed the exam and enrolled at Peking University for a four-year course in Chinese history. He was part of the so-called Class of 1977 — an illustrious group that counts Premier Li Keqiang among its alumni.

During his time at university, FlorCruz saw how China was gradually changing and opening up, as evidenced by the growing popularity of dancing. He spent many weekends dancing in the university cafeteria — a significant development in a country that once banned such activity as a “form of bourgeois decadence”.

“We waltzed and tangoed to music blaring from a boom box. But what about this new-fangled Western thing called disco? Few people knew anything about it, and I was expected to teach (the dance moves) to my curious Chinese friends. Luckily, one Chinese agency published a booklet offering some (advice on the) method, along with illustrated steps,” he said.

After China began reform and opening-up in 1978, Flor-Cruz witnessed the country’s “exciting transformative period”. In the years that he worked as reporter and bureau chief for Time magazine and later as Beijing correspondent and bureau chief for CNN, he reported on and was impressed by the efforts made to lift millions of people out of poverty.

In the following years, China posted double-digit GDP growth, took more than 800 million people out of poverty and significantly improved access to health, education and other services.

In the lead-up to the centenary of the founding of the CPC, FlorCruz praised the Party’s role in alleviating poverty.

He said it is admirable how China has been able to lift the lives of hundreds of millions of farmers from poverty to a degree of prosperity.

Recalling his first years in China, FlorCruz said most places were off-limits to foreigners, but in March 1991, the Foreign Ministry’s Information Department sent a document to correspondents based in Beijing, informing them that 733 cities and counties had been opened up.

In the early years of reform and opening-up, China witnessed an influx of imported goods and services. FlorCruz remembers bottles of Coca-Cola first being sold in the nation and how local consumers initially rejected the drink, saying it tasted like herbal medicine.

In 1992, McDonald’s opened its first outlet in Beijing — handing out free food on its first day. FlorCruz was given one of the watches presented to journalists covering the event, a memento that he still keeps.

He visited villages in northern and southern China to report on the country’s grassroots elections. He also covered the meeting in 1989 between Chinese leader Deng Xiaoping and US President George H.W. Bush, along with several CPC meetings in Beijing, including the 13th through 18th CPC National Congresses. 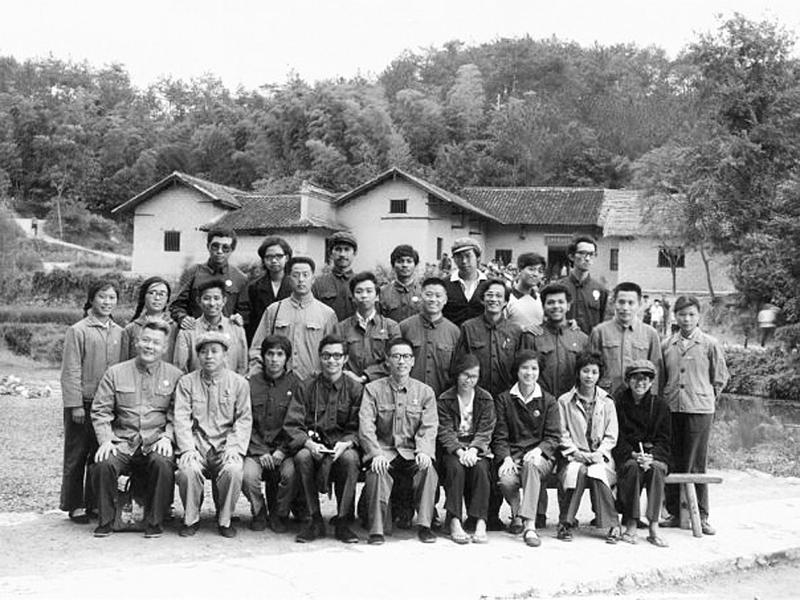 FlorCruz (front row, third from left) poses for a group photograph while working at a State farm in Hunan province in 1972. (PHOTO PROVIDED TO CHINA DAILY)

The 13th Congress in 1987 was memorable for FlorCruz, as it was the first time that foreign journalists were granted admission to such an event.

“For years, Party Congresses were always top-secret affairs,” he said, recalling the days when journalists had to rely on rumors about where the meetings would be held. Correspondents drove around looking for cars parked at hotels — writing speculative reports by examining any official photographs, speeches and party documents that were available.

“Since the 13th Congress, the meetings have gradually become relatively open to the media, at least in terms of holding news conferences featuring ministers and local party cadres,” he said.

In 1997, FlorCruz returned to Hong Kong to witness the handover ceremony as the territory was returned to China by Britain.

Two years later, he took a yearlong sabbatical from journalism when he was named an Edward R. Murrow Press Fellow at the Council on Foreign Relations in New York. Toward the end of this period, CNN offered him a job as Beijing correspondent and bureau chief.

“I was happy to accept, because China was a familiar beat and reporting for television offered a new challenge,” he said.

During the next 13 years, one of the outstanding stories for him was sports diplomacy — the way in which sports have played a distinct role in building bridges to link China with the rest of the world.

FlorCruz covered the 2008 Olympics in Beijing and also interviewed basketball star Yao Ming live on television after the Houston Rockets selected the giant athlete as the first overall pick in the 2002 NBA draft.

However, FlorCruz observed that the road to reform was not always smooth. He recalled that in the early 1980s, Deng Xiaoping argued that when you open the windows, flies and mosquitoes are bound to come in, along with fresh air, but there is nothing to worry about.

He said the issues being debated in China included “How to continue the open-door policy while remaining loyal to Marxist-Leninist tenets?” and “How to get rich while staying socialist?”

FlorCruz added that China has persevered with the road to reform and opening-up due to the CPC’s “results-driven pragmatism and remarkable resilience”.

Challenges remain for the Party, such as dealing with corruption, environmental pollution and the wealth gap. FlorCruz said these are the “unintended consequences” of reform and opening-up.

Despite this, he is optimistic about China’s future, while noting that the nation needs “to remain resilient and pragmatic to cope with new challenges and attain harmony at home and with the rest of the world”.