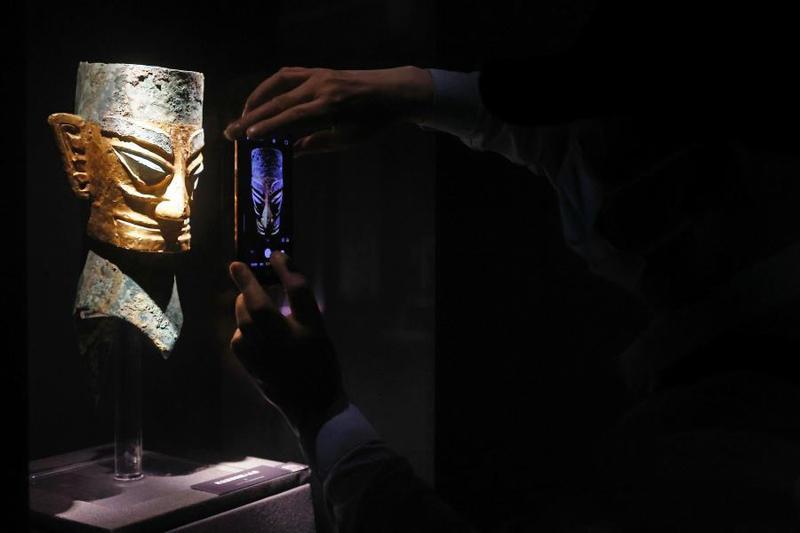 On display at Shanghai's Fengxian Museum are 130 artifacts from the Sanxingdui and Jinsha Ruins archaeological sites, showcasing the prosperous ancient culture and civilization from 3,000 years ago. The artifacts will be exhibited at the museum until Aug 31.

In 1929, some artifacts from Sanxingdui were accidentally discovered by a villager in Guanghan, Sichuan province. However, they were only recognized as significant discoveries in the 1980s when thousands more artifacts were unearthed from two sacrificial pits. Artifacts include numerous bronzeware items and a golden mask, all of which provide valuable insights into the ancient Shu culture in the region.

More discoveries have since been made at the Sanxingdui site.

In 2001, more than 4,000 artifacts with a close connection to Sanxingdui were unearthed at the Jinsha Ruins site in downtown Chengdu. The Sichuan government announced in 2017 that it had applied for UNESCO World Cultural Heritage status for the two sites.

The most recent excavation of six new pits in Sanxingdui was shown in a live television broadcast in March, attracting another wave of interest among the public. 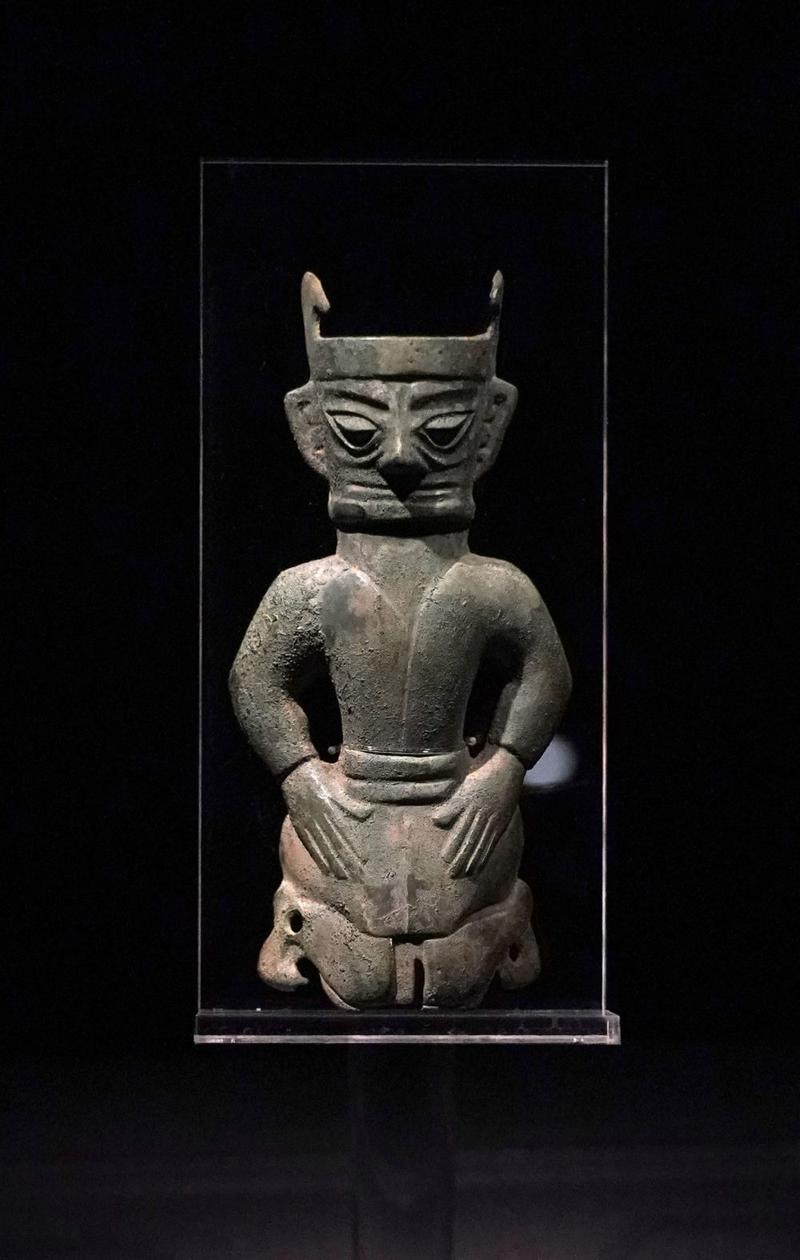 In April, the Sanxingdui Museum in Guanghan welcomed a record number of visitors. More than 15,000 people visited the museum on the first day of the Tomb Sweeping Day holiday, almost four times more than the number in 2019.

"This is the largest exhibition of Sanxingdui ever displayed in Shanghai," says Zhang Xuesong, director of Fengxian Museum. "The 130 artifacts were chosen to reflect the most brilliant part of the mysterious ancient civilization."

Among the exhibits, 60 are regarded as first-grade national relics. But due to country regulations, three key artifacts－a bronze face mask, a golden sun bird and a 1.72-meter-high, 180-kilogram bronze statue－are prohibited from being exhibited at museums other than their original museums. Zhang says those on show in Shanghai are replicas.

Reservations are required before admission to the exhibition at Fengxian Museum, which has a daily visitor limit of 5,000.