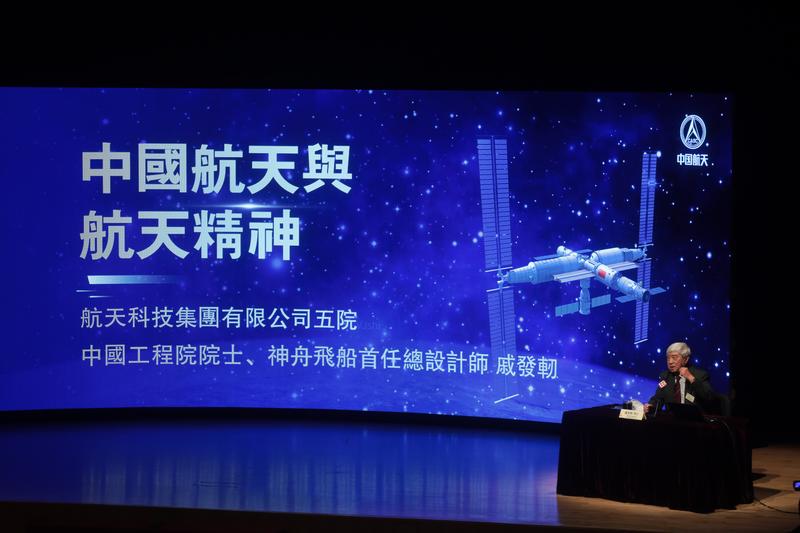 Students, university faculty members and Hong Kong residents were among those who participated in the event.

The visit by the delegation is the biggest of its kind in the past two years. It is also the most extensive cross-border exchange visit since the start of the coronavirus pandemic in 2020

On Tuesday, a delegation of the nation’s top-level aerospace scientists and engineers arrived in the city. Qi’s lecture is the first public event of the exchange visit.

IN PHOTOS: Nation's aerospace experts give talks in HK

Qi, who joined the national defense industry in 1957, recalled the hardship and bumpy roads for China to evolve into a prominent outer space power. It takes the efforts of many generations of scientists, who stick to their duties in the time of turmoil and peace, Qi said.

“In a time of peace, everyone can be patriotic. When we are diligently doing our work, we are expressing our love for the country. If every Chinese can do like this, China will definitely grow stronger,” the famed scientist said.

He told Hong Kong young people that to catch up with and surpass other economies and strive for strong development, “We cannot rely on others but ourselves”.

During the talk, the veteran aerospace expert extended his genuine welcome to young students and researchers from Hong Kong to participate in the aerospace area.

“We need young people from all places and areas to join the research and programs of aerospace,” Qi said, noting there are several young scientists in the delegation who graduated from universities in Hong Kong. 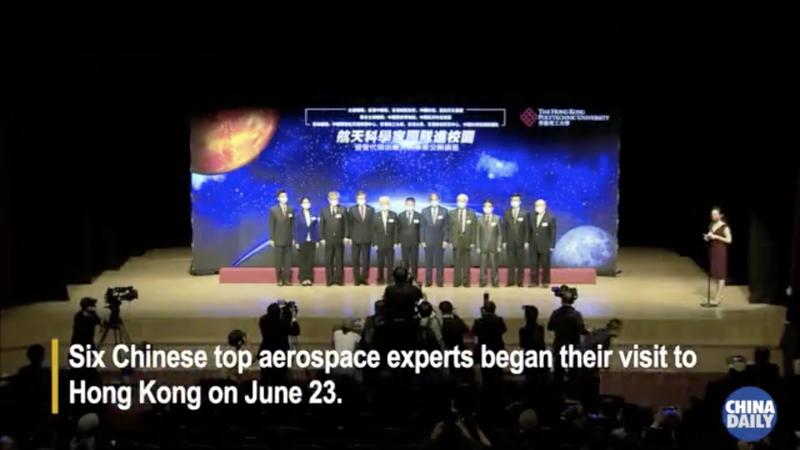 Qi said Hong Kong youngsters can participate in national aerospace missions via jobs based on the Chinese mainland or in Hong Kong.

In future, Hong Kong youngsters can also weigh in by proposing ideas on science experiments to be carried out in China’s space station, once it was established, he suggested.

Before the start of the event, the delegation took a group photo with Hong Kong scientists, including Prof Yung Kai-leung, chair professor of Precision Engineering and Associate Head of PolyU’s Department of Industrial and Systems Engineering. Qi held Yung’s hand tightly during the photo session.

Yung and his team have been working with the national team for many deep-space projects for a long time and the university had been involved in many national aerospace missions over the past two decades.

Over the next three days, scientists will visit various universities and secondary schools in the city, deliver speeches and communicate with young people and aerospace fans.

The visit is the biggest of its kind in the past two years. It is also the most extensive cross-border exchange visit since the start of the coronavirus pandemic in 2020.