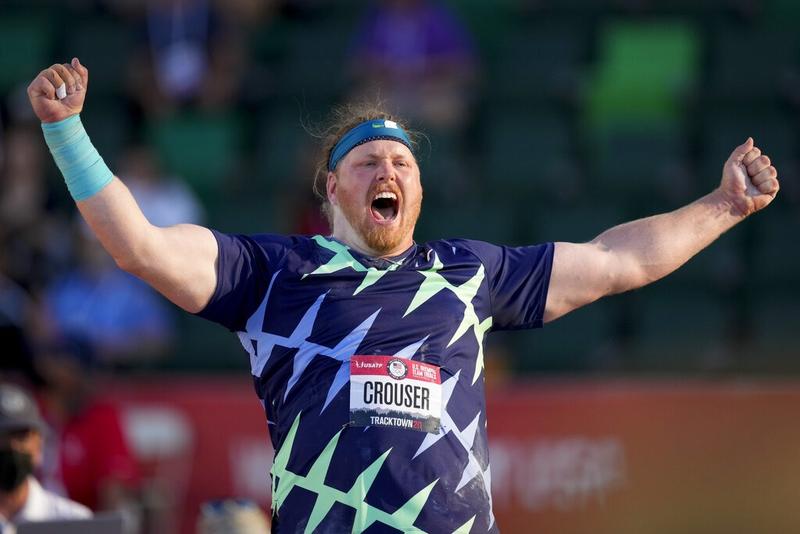 Ryan Crouser celebrates after setting a world record during the finals of men's shot put at the US Olympic Track and Field Trials in Eugene, Oregon, June 18, 2021. (CHARLIE RIEDEL / AP)

The 29-year-old Crouser, who won gold at the 2016 Olympic Games in Rio, achieved his winning mark of 23.37m in the fourth round, adding 25 centimeters to the world record set by compatriot Randy Barnes back in 1990.

Crouser's previous career-best mark was 23.01m, which he achieved last month in Tucson, US. He also set the shot put world indoor record of 22.82m earlier this year, breaking the previous record of 22.66m also set by Barnes in 1989.

ALSO READ: Kathleen Baker sets world record in 100 back at US nationals