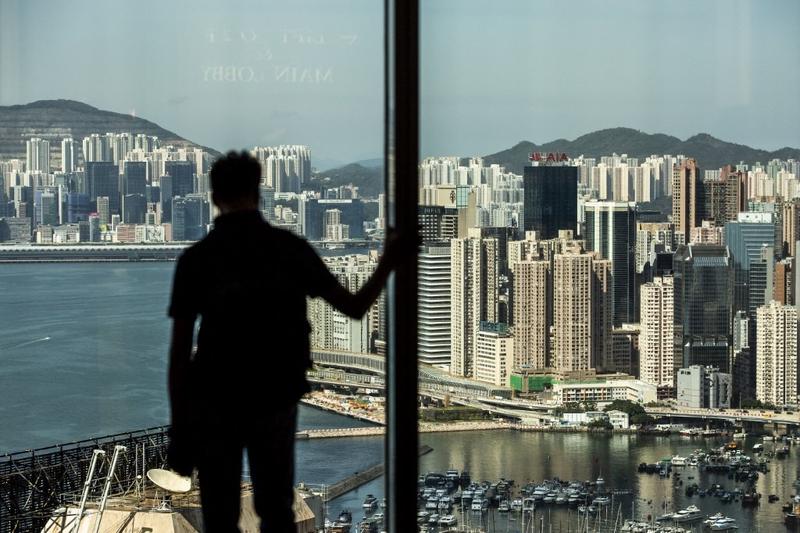 A man looks out from a window in a commercial building in Hong Kong on June 3, 2021. (ISAAC LAWRENCE / AFP)

The patient was a 19-year-old woman from the UK, according to a statement issued by the Centre for Health Protection. She developed symptoms on Wednesday and has been staying at Metropark Hotel Kowloon in Ho Man Tin after arriving in Hong Kong.

A total of 34 cases were reported in Hong Kong in the past 14 days, including three local cases, of which one was from an unknown source, the CHP added.

A total of 31 confirmed patients were being treated in 12 public hospitals and the North Lantau Hospital Hong Kong Infection Control Centre, including one patient in critical condition and another in serious condition, according to the Hospital Authority.

Since the citywide vaccination program began on Feb 26, more than 1.88 million Hong Kong residents have received at least one vaccine dose as of Thursday, including 1.25 million who have been fully vaccinated.