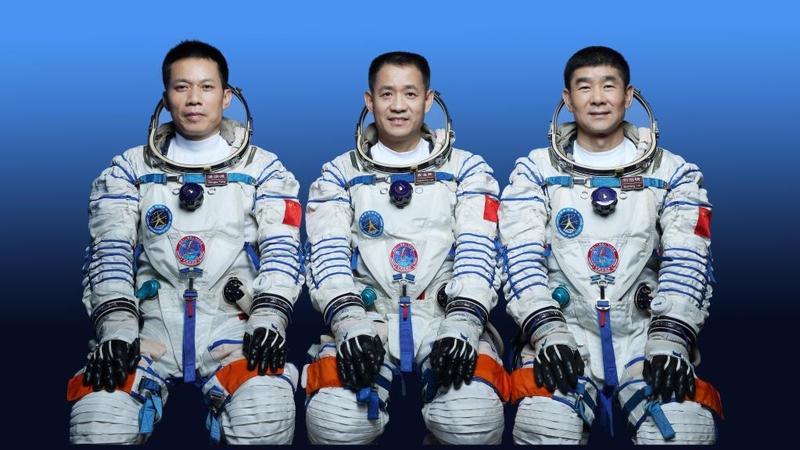 JIUQUAN - Chinese astronauts Nie Haisheng, Liu Boming and Tang Hongbo will carry out the Shenzhou-12 manned spaceflight mission, and Nie will be the commander, the China Manned Space Agency (CMSA) announced on Wednesday.

This will be the first manned mission during the construction of China's space station, and the crew will stay in orbit for three months, Ji Qiming, assistant to the director of the CMSA, told a press conference held at the Jiuquan Satellite Launch Center, where the Shenzhou-12 spaceship will be launched on Thursday morning.

This will be the first manned mission during the construction of China's space station, and the crew will stay in orbit for three months, Ji Qiming, assistant to the director of the China Manned Space Agency (CMSA) said

It will be Liu's second spaceflight, as he once participated in the Shenzhou-7 mission in 2008, which featured a landmark spacewalk.

Tang will be a newcomer to space. He became a member of the second batch of Chinese astronauts in 2010.

The Shenzhou-12 spaceship will conduct a fast autonomous rendezvous and docking with the space station core module Tianhe and form a complex with Tianhe and the cargo craft Tianzhou-2.

China launched Tianhe on April 29 and Tianzhou-2 on May 29. The two completed a computer-orchestrated rendezvous and docking on May 30, waiting for the first crewed mission to unpack the cargo.

"We are honored to take the lead in a series of manned missions for the space station construction, and we have many expectations," Nie said at a press conference held at Wentiange, or "Ask-the-Sky Pavilion", at the launch center on Wednesday.

"Our upcoming mission will take longer than before. We will not only make the core module a 'space home,' but also carry out a series of key technology verifications. There will be more arduous tasks and more challenges."

"Every stride we take will represent the courage and persistence of mankind in exploring space, and contribute Chinese wisdom and strength to the peaceful use of outer space," he added.

It has been 13 years since Liu participated in the Shenzhou-7 mission. He has been dedicated to training and maintained high expectations for his new mission.

"We have carried out strict, systematic and comprehensive training to ensure each extravehicular activity is completed well, especially under the protection of the new-generation extravehicular spacesuit," Liu said.

Tang acknowledged that pressure is inevitable since it will be his first spaceflight mission. "But I believe that pressure builds up motivation and confidence guarantees success. After 11 years of learning, training and testing, I am full of confidence in myself and our team," Tang said.

He said he hopes to meet and work with astronauts from other countries in the space station in the future.

According to Ji, in the Shenzhou-12 mission, the crew will complete four major tasks in orbit.

First, they will operate and manage the complex, including the in-orbit test of the Tianhe module, validation of the recycling and life support system, testing and operation training of the robotic arm, as well as management of materials and waste.

Second, they will move, assemble and test extravehicular spacesuits and perform two extravehicular activities for work including assembling an extravehicular toolbox, lifting the panoramic camera and installing extended pump sets.

Third, they will carry out space science experiments and technology experiments, as well as public outreach activities.

The astronauts have all carried out solid ground training and mission preparation under comprehensive training programs and plans, Ji said. 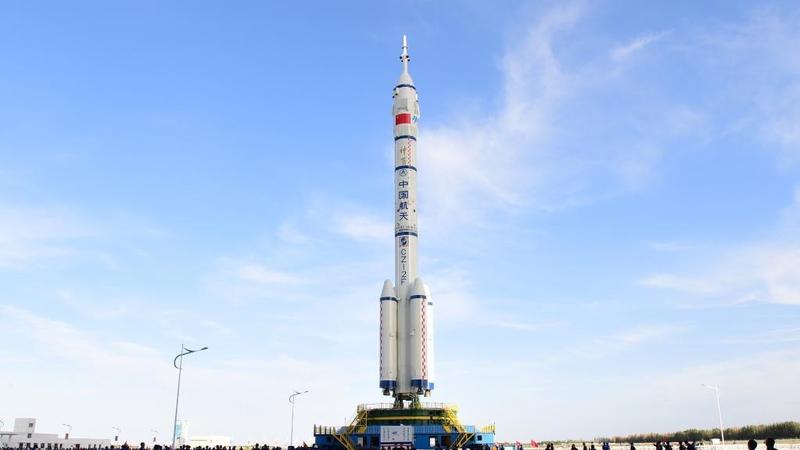 The combination of the Shenzhou-12 manned spaceship and a Long March-2F carrier rocket is being transferred to the launching area of Jiuquan Satellite Launch Center in northwest China, June 9, 2021. (PHOTO / XINHUA)

The Tianhe module will provide the astronauts three times as much space as what was available in the Tiangong-2 space lab, with three independent bedrooms and one bathroom.

Meanwhile, the astronauts can choose from more than 120 kinds of space food that not only taste good but provide balanced nutrition with a long shelf-life.

Compared with previous crewed missions, the core module of the space station is, for the first time, equipped with a life support system, Ji said

The dining area is equipped with food heating device, refrigerator, water dispenser and folding table. In the exercise area, the treadmill and spin bike provide them exercise to maintain physical health.

Compared with previous crewed missions, the core module of the space station is, for the first time, equipped with a life support system, including subsystems for electrolytic oxygen generation, condensate water collection and treatment, urine treatment, carbon dioxide removal, and the removal of trace amounts of harmful gas to ensure the long-term in-orbit stay of astronauts, Ji said.

The propulsion and orbital capsules of the Shenzhou-12 manned spaceship will burn up during their reentry into the atmosphere, causing no harm to the ground, Ji said.

The majority of the components of the last stages of carrier rockets will reenter the atmosphere and burn up upon reentry, with an "extremely low possibility" of causing harm to the aviation activities and ground, Ji added.