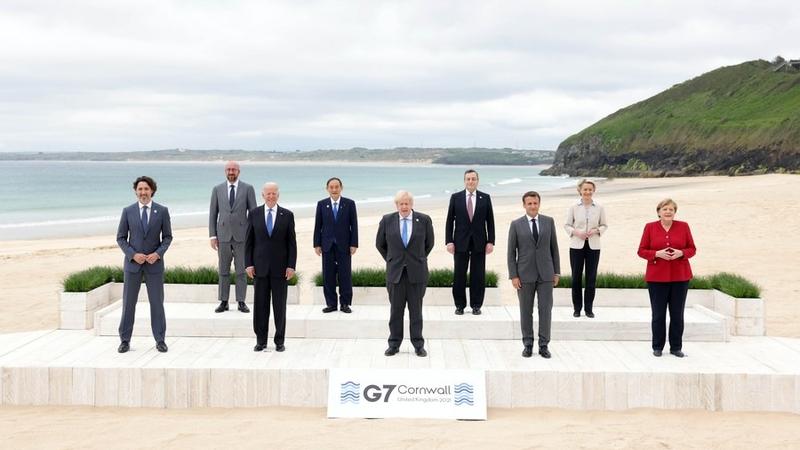 The latest agreement reached among G7 economies over a possible minimum tax rate will dent the profits of leading global technology and pharmaceutical giants, said experts.

The new tax rate will be applicable to multinationals with profit margin of at least 10 percent. The portion of profits exceeding the 10 percent benchmark will face a 20 percent tax rate in places where companies have operations or businesses, regardless of the location of their physical headquarters.

Wang Wenbin, a spokesman for the Ministry of Foreign Affairs, said during a regular media briefing on June 7 that G20 economies should adopt a practical approach to the global minimum corporate tax issue.

ALSO READ: Embassy says days when G7 dictates to the world are over

Experts, however, feel that the 15 percent bar set by the G-7 is not that high. Data from Washington DC-based think tank Tax Foundation showed that last year, companies were subject to 32 percent tax in France, 29.9 percent in Germany, 27.8 percent in Italy, 29.7 percent in Japan and 19 percent in the UK.

According to a report jointly compiled by Xie Yanmei and Udith Sikand, analysts at market consultancy Gavekal Research, the deal reduces international tax competition by overcoming long standing prejudice about national tax sovereignty in favor of supranational cooperation. But in the long run, this is only likely to mean higher effective corporate tax rates, they said.

It is also in line with the discovery from David Kostin, chief US equity strategist at Goldman Sachs. Kostin's research, which tracked S&P index listed companies with 50 percent of their income coming from outside the US and having foreign effective tax rates of less than 15 percent, found that 30 companies would fall into the new tax bracket, with a majority of them in the technology or healthcare sectors.

Dani Rodrik, professor of international political economy at Harvard University's John F. Kennedy School of Government, said the deal was "historic" in that hyper-globalization rules, under which countries must compete to offer global corporations "ever-sweeter deals", are being rewritten.

Apart from significantly lowering the average statutory tax rate over the past four decades, Rodrik said that many countries "have generous loopholes and exemptions that reduce the effective tax rate to single digits". Besides, some multinationals have shifted profits to tax havens such as Bermuda, which he depicted as "more damaging".

Experts from Fitch Ratings, however, point out that there is no guarantee a global minimum tax will become law in the US or any other Organization for Economic Cooperation and Development member, given the large number of countries where passage of new legislation would be required and weak bipartisan support for higher taxes in the US.