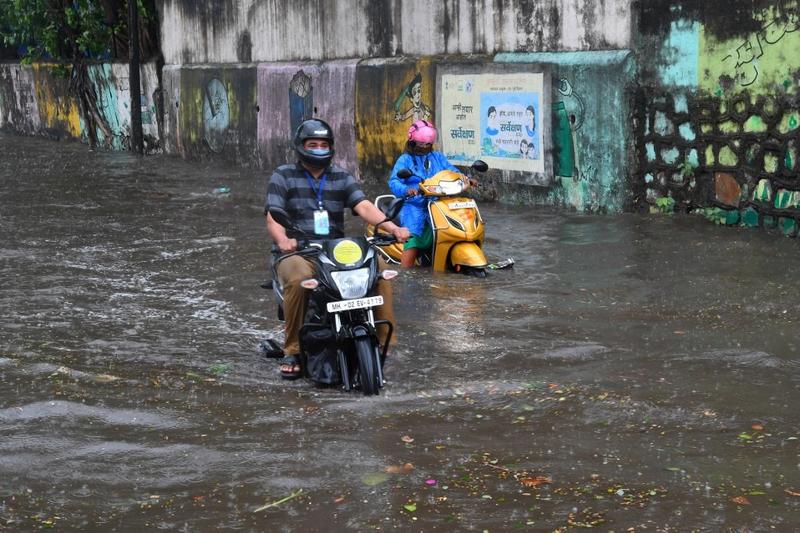 Motorists wade through a flooded street following heavy rains from Cyclone Tauktae in Mumbai, India, on May 17, 2021. (INDRANIL MUKHERJEE / AFP)

AHMEDABAD - Nearly 150,000 people were moved from their homes in the Indian state of Gujarat to safety on Monday and authorities closed ports and a main airport as the most intense cyclone in more than two decades roared up the west coast.

Cyclone Tauktae has killed at least 12 people and left a trail of destruction as it brushed past the coastal states of Kerala, Karnataka, Goa and Maharashtra, authorities said.

It is set to make landfall in Gujarat late on Monday.

The India Meteorological Department categorized Cyclone Tauktae as an "extremely severe" storm, upgrading it from the "very severe" category

"This will be the most severe cyclone to hit Gujarat in at least 20 years. This can be compared with the 1998 cyclone that hit Kandla and inflicted heavy damage," state revenue secretary Pankaj Kumar told Reuters.

The cyclone increases pressure on local administrations already struggling with a high caseload of COVID-19 infections.

The India Meteorological Department (IMD) categorized the storm, which formed in the Arabian Sea, as an "extremely severe" storm, upgrading it from the "very severe" category.

The financial hub of Mumbai was lashed with heavy rain and strong winds as Cyclone Tauktae headed north. Strong winds forced authorities to suspend operations at Mumbai's airport, and close some main roads. 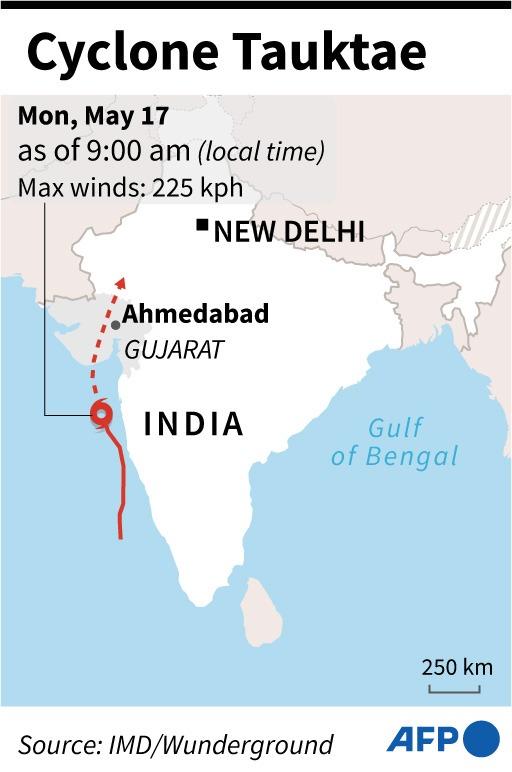 The cyclone, with sustained surface wind speeds of 180-190 kilometers per hour and gusts up to 210 km/h that would put it on par with a Category 3 hurricane, is rated one level below the IMD's super cyclone category.

As well as the 12 deaths reported in Maharashtra, Goa and Karnataka, 28 fishing boats were missing, a coastguard official told Reuters.

The Gujarat Maritime Board, the state’s port regulator, directed hoisting of signals VIII to X, indicating great danger, at ports in the state.

India's largest private port at Mundra suspended operations for the day, an official there told Reuters.

READ MORE: India's COVID-19 crisis pushes up the cost of living — and dying 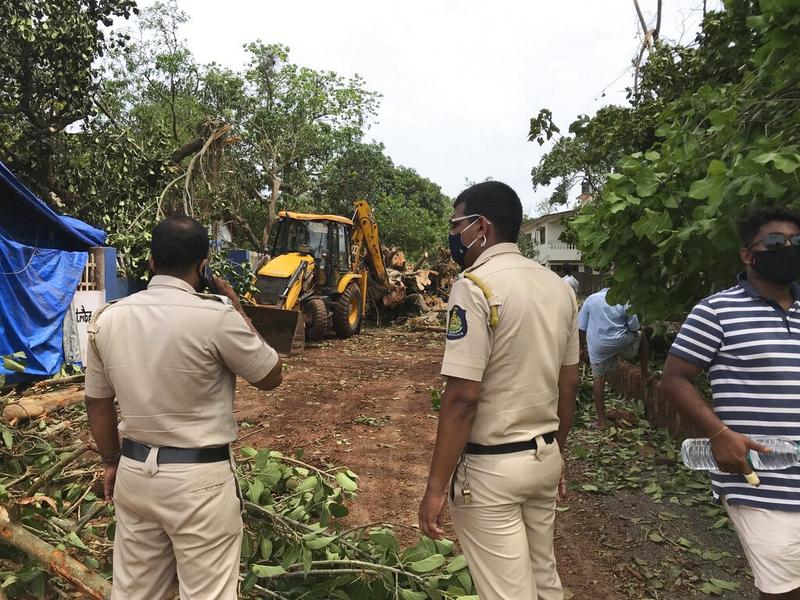 Authorities are also concerned about the state's Asiatic lions, an endangered species found only in the Saurashtra region of Gujarat where the cyclone is expected to inflict maximum damage.

"There are around 40 lions in some patches in coastal Saurashtra, and we are monitoring them. Some lions have already moved to higher grounds. We are keeping fingers crossed, and praying the lions will be safe," Shyamal Tikadar, Principal Chief Conservator of Forests, Gujarat told Reuters.

The 1998 cyclone that ravaged Gujarat killed at least 4,000 people and caused hundreds of millions of dollars in damage, media reported at the time.

Gujarat chief minister Vijay Rupani said all measures were being taken to deal with the situation.

"These are special circumstances. The administration is busy with the COVID-19 challenges, and is now gearing up to deal with the impact of the cyclone," said Rupani.