In celebration of the centenary of the Communist Party of China, the National Center for the Performing Arts prepares to stage a new Chinese opera production, Chen Nan reports. 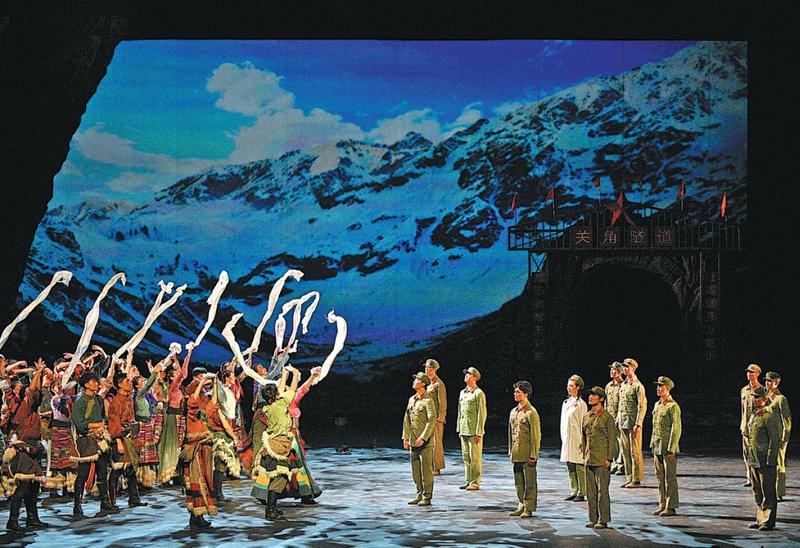 Award-winning dance drama, The Railway to Tibe, and Chinese play, The Crossroads, will be staged at the NCPA as part of the venue's program to celebrate the 100th anniversary of the founding of the Communist Party of China. (PHOTO PROVIDED TO CHINA DAILY)

When Wang Jun, a young graduate from the Central Academy of Drama, joined in the Opera Troupe of the General Political Department of the Chinese People's Liberation Army as a director in 1990, he could not have predicted the profound effect it would have on his career.

With a resume that now includes acting and directing credits on a number of successful movies and TV dramas, such as Ruyi's Royal Love in the Palace and A Little Reunion, he can trace it all back to that fateful first job.

A year after starting, as one of three directors, he worked on a Chinese opera, titled Daughter of the Party, based on the 1958 Chinese movie of the same name. It tells the story of Tian Yumei, a Party member who devoted her life to protect guerrilla soldiers during the Agrarian Revolutionary War (1927-1937).

With a star-studded creative team, including songwriters Yan Su, He Dongjiu, Wang Zujie and Zhang Zhuoya, the opera, featuring former soprano Peng Liyuan in the leading role, premiered in 1991 and won wide critical acclaim, receiving the Wenhua Award in 1992, a top national accolade for the performing arts. 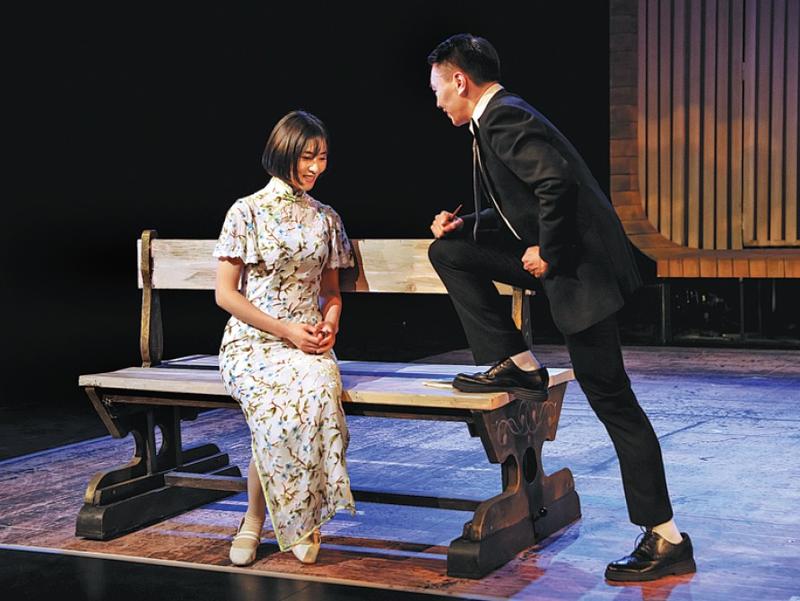 Award-winning dance drama, The Railway to Tibet, and Chinese play, The Crossroads, will be staged at the NCPA as part of the venue's program to celebrate the 100th anniversary of the founding of the Communist Party of China. (PHOTO PROVIDED TO CHINA DAILY)

"When I review my career, I feel very excited about being a part of the opera. As a young director, I was honored to have the opportunity to work with so many established artists," recalls Wang.

Now, the director is working with a new creative team on an updated production of Daughter of the Party, which, produced by the National Center for the Performing Arts, will be staged in the capital in July.

Featuring soprano Lei Jia in the leading role, and Liao Changyong, an operatic baritone, the new version of the opera will be performed by the China NCPA Orchestra and China NCPA Chorus under the baton of conductor Li Xincao.

"The opera is a classic but, compared to the version in 1991, we will make changes to the stage set, costumes and musical arrangements. However, the base of the story is not going to be changed, since it's the reason why the opera has become a classic," says Wang, adding that after 30 years, he has a deeper understanding about the story with his own life experiences. 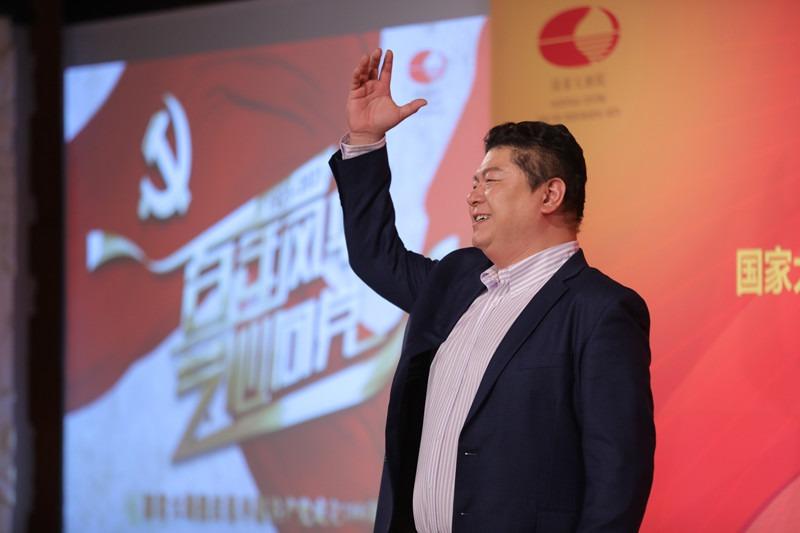 "We want to pay our respects to those revolutionary martyrs, because, like many people in the production, I've grown up and witnessed the country's development, the reform and opening-up and the strides made in poverty alleviation," says Wang.

"I've learned the songs of the opera as a student, as they are popular and classic works. The opera also has lots of Chinese folk music elements, which make it unique," says soprano Lei. Born in Yiyang, Hunan province, in 1979, Lei entered the Hunan Art School, currently known as Hunan Vocational College of Art, to study huaguxi ("flower-drum opera"), a local Chinese opera style unique to the Hunan region. After graduation in 1997, Lei entered the China Conservatory of Music for undergraduate studies. She was later admitted to the Song and Dance Ensemble of the Political Department of the Chinese People's Liberation Army in 2002, establishing her career as a soloist.

Known for her performances in Chinese operas, including The White-Haired Girl and Mulan, Lei is also a winner of the aforementioned Wenhua Award, as well as the Plum Performance Award, also one of the nation's top awards for theater and opera performances. 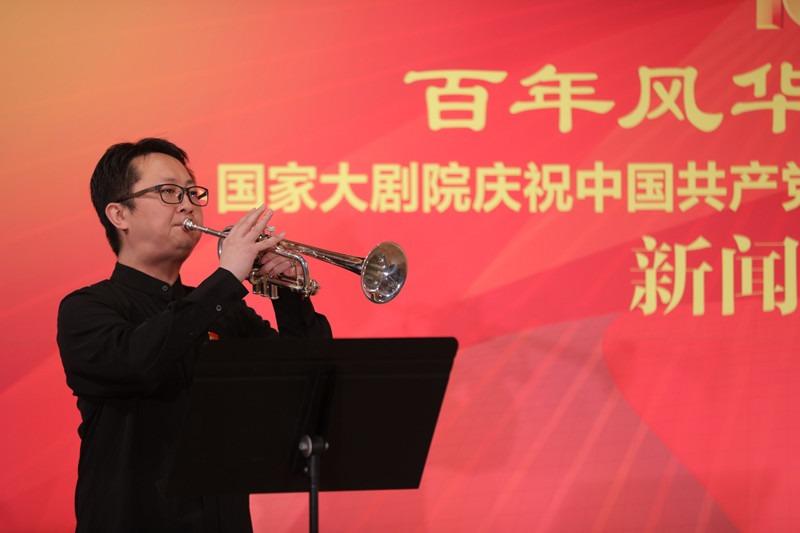 The new production of the opera is part of a series of programs launched by the NCPA to celebrate the 100th anniversary of the founding of the Communist Party of China.

Original Chinese operas, dance dramas, plays, ballets and symphonic concerts will be staged throughout the year, announced Zhao Tiechun, vice-president of the NCPA, in Beijing on April 28.

Chinese composer Zhang Qianyi, playwright Zhao Daming and director Wang Xiaoying will work together to create a new Chinese opera, The Song of Youth, adapted from a Chinese novel by writer Yang Mo (1914-95). The novel was previously adapted into a movie with the same title in 1959. The story revolves around young Chinese students led by the CPC and how they initiated patriotic movements during the War of Resistance Against Japanese Aggression (1931-45).

The NCPA will also restage operatic productions, such as The Long March, which premiered in July 2016 to commemorate the 80th anniversary of the Red Army's epic two-year military retreat across the country, while fighting against Kuomintang forces. Another will be A Village Teacher, which made its debut at the venue in 2009 and tells the story of a female teacher, Yang Caihong, who dedicates her life to education in a poverty-stricken mountainous region. 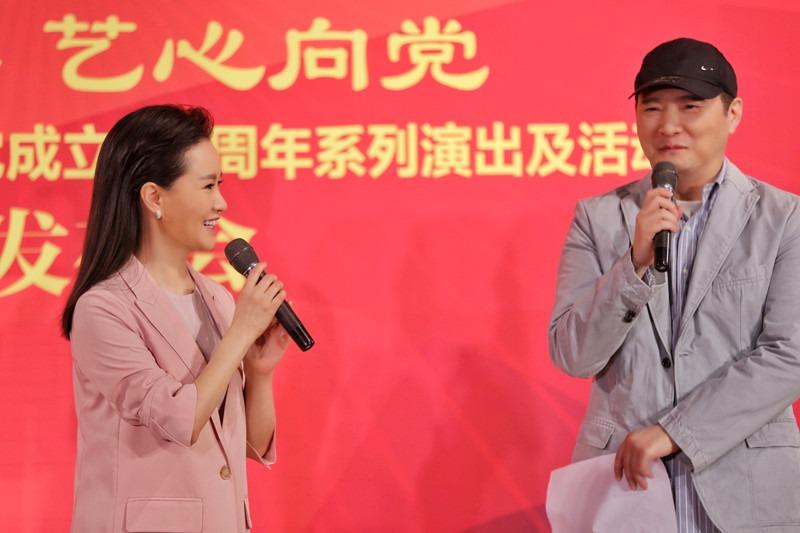 According to Zhao Tiechun, from May to July, art troupes from across the country will perform 86 shows at the NCPA with their theatrical productions dedicated to the centenary celebrations of the CPC.

Highlights will see Shanghai Opera House's operatic production, Jiang Jie, based on the nationally known Communist heroine, The White-Haired Girl, an opera by China National Opera and Dance Drama Theater and a play, titled Ordinary World, adapted from writer Lu Yao's realistic novel with the same title by Shaanxi People's Arts Theater. It records the dramatic changes in the Chinese countryside from 1975-85. Then there will be the Shanghai Ballet's dance piece, Bright Red Star, based on a 1974 movie of the same name about Pan Dongzi, a teenage boy who follows his Red Army officer father to fight in the War of Resistance Against Japanese Aggression.

"We will invite students and teachers in Beijing to enjoy the shows. Though the stories portrayed in those theatrical productions are from decades ago, we want the younger generations to learn about the history and the heroes," says Zhao Tiechun.

As well as live performances, online screenings and charity performances will be launched, bringing those classic works closer to audiences.

Recordings of five original theatrical productions by the NCPA, including opera Fang Zhimin, telling the story of a revolutionary martyr, and the award-winning dance drama, The Railway to Tibet, which pays tribute to the landmark project of the Qinghai-Tibet Railway, the world's highest and longest rail line crossing a single plateau, will be released as a compilation by the NCPA to mark the 100th anniversary of the CPC.