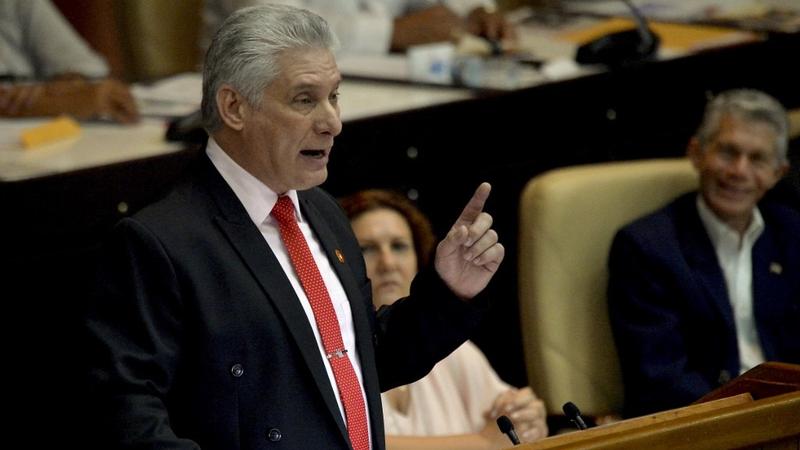 Cuban President Miguel Diaz Canel delivers the closing speech of the Fourth Regular Session of the National Assembly of People's Power in its Ninth Legislature at the Havana Convention Center on December 21, 2019. - The National Assembly of Cuba appointed on Saturday the architect Manuel Marrero as Prime Minister of the island, the state press reported. (PHOTO BY YAMIL LAGE / AFP)

The most revolutionary stand inside the revolution is to always defend the party (the Communist Party of Cuba), in the same way, the party must be the major defender of the (Cuban) revolution.

The announcement was made during the final session of the Eighth Congress of the PCC as the island nation marks the 60th anniversary of the victory against the US-backed Bay of Pigs invasion.

ALSO READ: Cuba to collaborate with Iran on coronavirus vaccine

"The most revolutionary stand inside the revolution is to always defend the (PCC) party, in the same way, the party must be the major defender of the (Cuban) revolution," said Diaz-Canel addressing the audience at the closing ceremony of the Congress.

The rest of the members of the new Political Bureau, Secretariat, and Central Committee of the PCC were also elected during the session.

ALSO READ: Raul Castro to stand down as head of Cuba's Communist Party

Raul Castro was elected to the top position of the PCC in April 2011 at the PCC's 6th Congress, succeeding his older brother and ex-president Fidel Castro, who had held that position since the founding of the party in 1965.