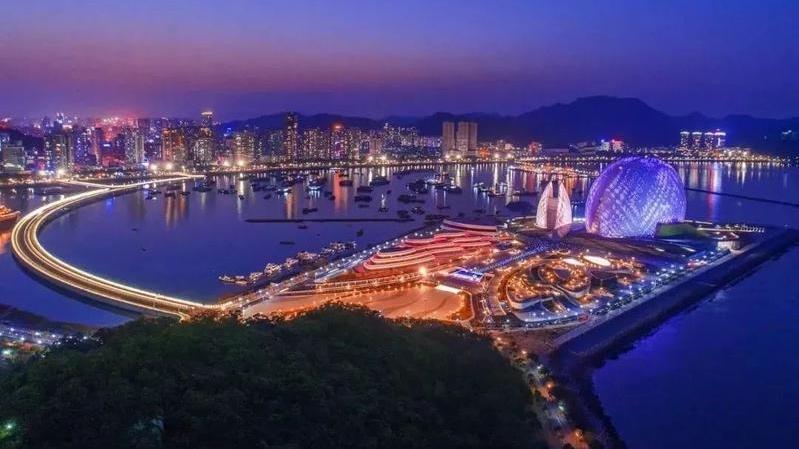 GUANGZHOU - It takes just 3 patacas (about 38 US cents) and half an hour for Macao resident and apprentice lawyer Cheung Sze-yuen to travel to work in Zhuhai, a city in the Guangdong-Hong Kong-Macao Greater Bay Area (GBA).

His employer, ZLF Law Office, is the first joint venture law firm in the country comprised of law firms from the Chinese mainland, Hong Kong and Macao. It is situated in an innovation park in the Hengqin New Area.

In September 2019, Zhuhai passed the country's first local regulation allowing professional enterprises and professionals in the field of construction engineering from Hong Kong and Macao to provide direct services

Every workday, Cheung takes a bus from his home in Macao to the park, and walks to his office after passing clearance.

"The booming GBA is where I can learn and earn more," he said. Having passed the national bar exam, known for its extremely low pass rate, he hopes that he can put what he's learned into practice in the mainland.

ZLF has four lawyers registered in the mainland, 11 in Macao and 16 in Hong Kong. According to its website, the company is an innovation in legal services cooperation between the mainland, Hong Kong and Macao under the practice of "one country, two systems."

The company provides one-stop legal services not only for people in the mainland, Hong Kong and Macao, but also caters to the diversified legal needs of those facing various legal systems in other countries and regions. The firm's turnover has continued to grow since its establishment more than four years ago.

More and more mainland enterprises are going global under the Belt and Road Initiative, according to Chen Yi, director and a senior partner of ZLF. Mainland lawyers know the laws of the mainland, while Hong Kong and Macao lawyers are more familiar with foreign laws and international rules, which highlights the advantages of ZLF.

"We are optimistic about the GBA market and have full confidence in the integration of Hong Kong and Macao into the development of the country," she said.

Its director Yan Shu said that thanks to the integrated development of the GBA, they have successfully implemented Macao and Hong Kong engineering models in the mainland, opening doors to the vast market for construction engineering professionals from the two special administrative regions.

In September 2019, Zhuhai passed the country's first local regulation allowing professional enterprises and professionals in the field of construction engineering from Hong Kong and Macao to provide direct services.

Yan was one of the main drafters of the regulation and its chief consultant. "The introduction of this regulation has attracted great attention from the engineering industry in the GBA, especially in Hong Kong and Macao. Within a year, more than 100 professionals and dozens of professional enterprises from Hong Kong and Macao have registered and practiced in Hengqin."

Subsequently, Guangzhou, Shenzhen, Dongguan and other GBA cities have introduced similar regulations, and more and more Hong Kong and Macao professionals have come to the mainland to provide services and explore the markets.

"The industrial structure of Macao is relatively simple. Thus the recognition of qualifications, enabled by those regulations, allows a broader development space for young people in Macao," said Wu Chou-kit, chairman of the Macao Institute of Engineers and a director of Huazhong.

"I believe that starting from the construction industry, more young people will come to the GBA for development. This is an opportunity to promote Macao's industrial diversification, and it also gives Macao's young people a brighter future," he said.