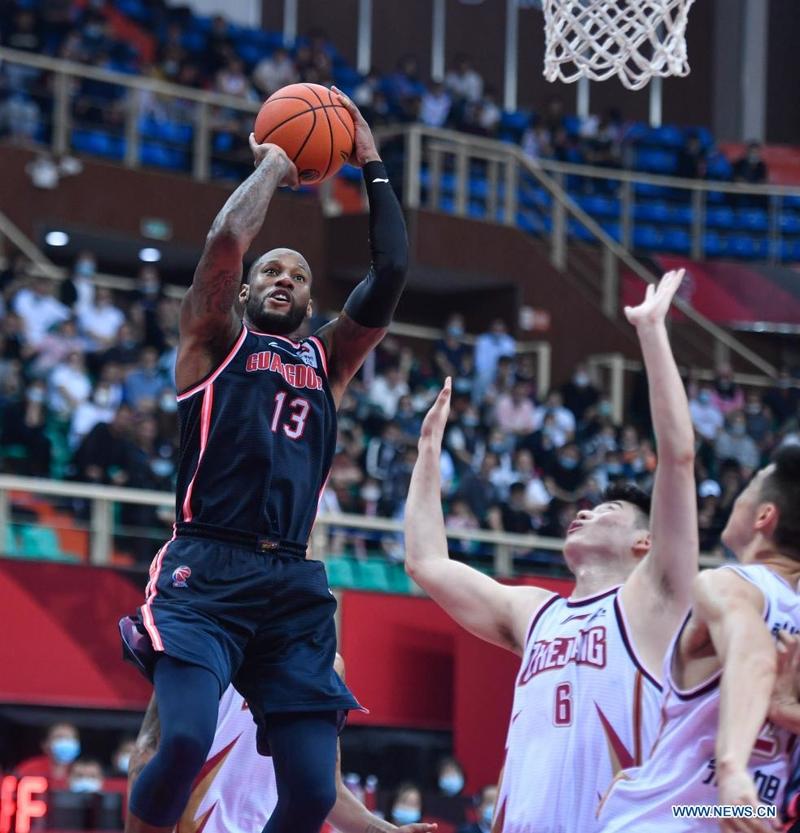 Their opponents will be Shandong Heroes, who beat Xinjiang Flying Tigers 105-101 later.

Beijing, who upset higher-ranked Shenzhen in the previous round, was 103-102 ahead with 10.9 seconds from time and their guard Jordan McRae was sent to the freethrow line. However, the 30-year-old, who shot five for seven from the line earlier, missed both chances, setting stage for Weems to sink the winning floater for Guangdong. With only 3.7 seconds left, McRae missed the last shot from downtown and Guangdong moved a step closer to its title defense.

"First, I would like to thank Beijing. Together our two teams presented the fans with an exciting and high quality game," said Guangdong coach Du Feng. "Then, we need to get prepared for the next series."

The 30-year-old Jordan McRae from Beijing Ducks, who shot five for seven from the line earlier, missed both chances, setting stage for Sonny Weems from Guangdong Southern Tigers to sink the winning floater for Guangdong. With only 3.7 seconds left, McRae missed the last shot from downtown and Guangdong moved a step closer to its title defense

Weems had a game-high 25 points and 10 assists. Zhou Peng added 19 points. Fan Ziming led Beijing with 21 points, 15 from freethrows in a physical game that saw more than 30 fouls from both sides.

After a close 51-50 lead in the first half, Beijing looked promising in avenging its semifinal defeat to eventual champion Guangdong last season when they entered the last quarter with an 85-72 advantage.

However, captain Zhou gave a solid performance on both ends to spur Guangdong to a 13-0 run and turned the table around 94-89. The two sides traded points before the regular season leader survived a three-second scare to bag the eventual victory.

"It's a bitter loss to swallow, but this is basketball," commented Fang Shuo, who had 18 points and eight assists. "But we can't put all the blame on the last two freethrows. The fact that we lost a big advantage in a short time revealed that we had problems on both offensive and defensive ends."

In the other quarterfinal on Sunday, lower-seeded Shandong upset Xinjiang 105-101 thanks to their 25-year-old guard Gao Shiyan, who only scored four points before nailing six points in a row to put Shandong 103-95 ahead with less than one minute from time.

"I want to attribute the victory to my players. They fought for every basket on the court. It was their fighting spirit that enabled us to go this far," said Shandong coach Gong Xiaobin.