Renaissance of ‘Made in China’ 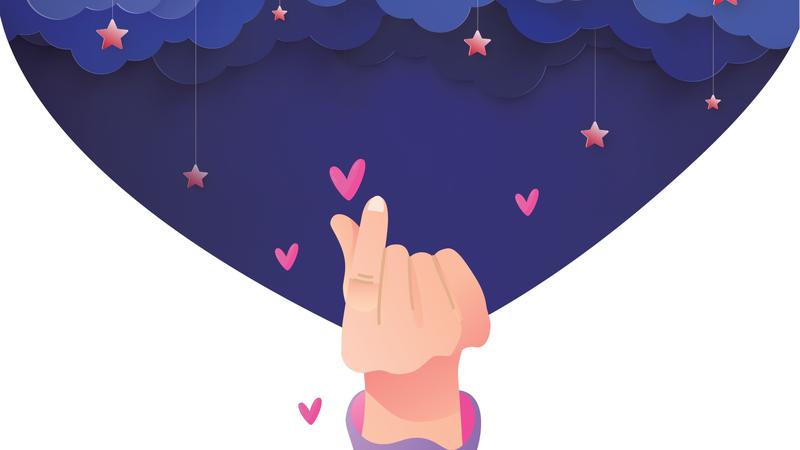 Feng Jidong still remembers how, nearly a decade ago, he and four college roommates waited for an online presale.

At 10 pm, up to 100,000 of the latest models of the once little-known domestic smartphone maker Xiaomi were sold out instantly. One of the roommates managed to bag one. Feng struggled to refresh the landing page until the presale closed almost just as it began.

“At that time, it was a rare experience indeed to scramble for domestic products,” Feng recalled. “There was always a rush for iPhones, European luxury bags and even Japanese rice cookers and toilet seats. But when it came to homegrown brands, most consumers simply didn’t believe they were well worth the time and trouble.”

In the past decade, Feng has witnessed boom times for indigenous products. Not only have historical brands, whose popularity waned in the ‘90s as customers gravitated toward foreign goods, become cool again, new domestic brands are also part of the wave.

The 30-year-old Yunnan province native had helped his cousin snap up the refined edition of the classic Warrior sneakers — a 94-year-old Shanghai-based sporting footwear label once considered “must-haves” for gym classes. Feng also joined the Singles’ Day shopping spree for the special edition of Song Dynasty (960-1279) ceramics-inspired lipsticks by emerging Chinese mainland beauty brand Huaxizi, for his girlfriend. He has become an ardent supporter of Xiaomi, Huawei, Vivo and their domestic peers.

While some argue that renewed interest in homegrown brands is the result of well-crafted “hungry marketing” and whimsical branding, the fact that foreign products may no longer be the top consumer status symbols cannot be denied.

Today’s consumers want things that reflect their own culture, not just foreign heritage and exclusivity, which makes guochao, meaning “national hip” or “Chinese retro”, a trend to take seriously.

“Nowadays, the ‘Made in China’ label no longer inherently means cheap, inferior and unfashionable,” said Zhou Zhendong, professor at the School of Journalism and Communication of Xiamen University. “But unlike campaigns spearheaded by a small number of designers and creators in previous years to promote the so-called China chic element, which were arguably too cultured to be appreciated by the masses, the ongoing guochao trend goes beyond a basic ‘proudly Made in China’ concept and proves to be a real market force to be reckoned with.”

More than 80 percent of ready-to-buy items in Taobao consumers’ online shopping carts were domestic products, according to a report by e-commerce giant Alibaba Group in May. Over half of guochao fans were born after 1995, 60 percent of them from third- and higher-tier cities.

Hu Yu, executive dean of the Institute for Cultural Creativity at Tsinghua University, highlighted three major factors behind the rise of guochao. “The first one is ethnic cultures and the second, homegrown brands. The third and most important one, is the power of youth.”

The world’s second-largest economy has given birth to a new breed of super consumers, trendsetters and innovators. Coming of age with a sense of national pride and self-esteem, they are enamored of brands carrying serious cultural connotations.

Generation Z consumers, defined globally as born between 1996 and 2010 and who comprised about 15 percent of China’s population and contributed to an estimated 40 percent of its total 2020 consumption, have laid the foundation for guochao, said Wu Shichun, founding partner of Plum Ventures, a venture capital firm based in Ningbo, Zhejiang province.

He said Generation Z consumers pay more attention to personal needs, not just letting mainstream media dictate their tastes. They vote for product quality rather than fall into the myth of big brands, firmly believe in the “pretty is power” culture in an aesthetics-driven era, and tend to outspend their budget, a behavior driven partly by robust confidence and optimism in future earnings.

While guochao has been interpreted as a rising wave of nationalism and cultural confidence, Wu is convinced that respectable Chinese brands have staged a comeback, not only catching up with more established foreign rivals but actually beginning to overtake them in China and beyond.

“More importantly, a new breed of guochao entrepreneurs has a better understanding of Chinese consumers. Previously, big-name foreign companies, in a one-size-fits-all approach, would sell their brand stories across the globe. Such a narrative, with the traditional Western way of thinking, used to work in the Chinese market,” Wu said. “But, now, if foreign brands fail to tell stories in a locally understandable manner, they could hardly convince Chinese consumers to dip into their wallets.”

Whether a “Western gaze” is still embedded in the trend may be debatable. The guochao term is said to have been catapulted into the limelight after Chinese sportswear brand Li-Ning debuted at New York Fashion Week in 2018, with its Taoism-inspired Wu Dao collection now becoming collectors’ items.

Established in 1990 as the eponymous sportswear brand of Olympic gold medalist-turned-entrepreneur Li Ning — China’s “Prince of Gymnastics” who lit the cauldron at the opening of the 2008 Beijing Olympics — the line was positioned as an affordable brand with conservative design targeting a mostly middle-aged market in its first 30 years.

Amid years of declining sales, it launched a turnaround plan in 2012, repositioning itself as a trendy brand for middle-class consumers. Its debut at New York Fashion Week, where Li-Ning rolled out its second business line, known domestically as “China Li-Ning”, is considered part of the plan.

How much Li-Ning’s turnaround can be attributed to Western recognition is hard to say. Footwear maker Feiyue may be a more straightforward example. Founded in the 1920s, the Shanghai-based brand, like Warrior, once dominated the nation’s footwear business as the “go-to” sneakers from the 1960s to the 1980s, only to be overtaken later by Nike and Adidas due to their global prestige.

Forgotten for about a decade, a French entrepreneur rediscovered the shoe while learning martial arts in China. He bought the rights to sell Feiyue in France in 2006, and the brand took off, both internationally and in its home country.

Kerra Zhou, founder of brand strategy consultancy Kerrisma, said she believes guochao is entering the next stage, where its success will rely, first and foremost, on cultural confidence, not Western validation.

Guochao’s origin can date back even earlier, to when Shan Jixiang, a famous former curator of Beijing’s Palace Museum, made good efforts in advocating different aspects of traditional Chinese culture, turning one of the most visited museums in the world into a trendy consumer brand and modern fashion phenomenon.

Housed in the Forbidden City imperial palace complex, the museum, which used to sell standard antique replicas from external manufacturers, began developing its own branded products in 2012. It found initial success with original products from Chinese-style paper tapes to modern essentials like phone cases, with designs or branding inspired by the museum’s displays.

Its range of beauty products proved to be a massive hit. In December 2018, more than 100,000 lipsticks, with tubes bearing traditional patterns including royal embroideries, antique furniture, auspicious clouds and fairy cranes, were sold online within just four days of their launch.

The saying “Palace Museum in the north, Dunhuang Research Academy in the west and Yuyuan Garden in the east” has highlighted the three national landmarks at the forefront of guochao, reinforcing the belief that “regional uniqueness leads to global acceptance”.

In 2016, television documentary Masters in the Forbidden City drew even greater attention to the once-obscure profession of antique restoration, resonating with young people, with their ever-growing cultural consciousness.

The series, which made it to the big screen months later, also led to a surge in applications for Palace Museum jobs, offering a glimpse of how guochao has been driven by profound grassroots sentiment.

Evolving in many different directions, guochao will spill over to every category of product imaginable, according to influencer marketing platform Parklu.

Zhou of Xiamen University said he firmly believes guochao will become even cooler. “We’re now only halfway along the journey before embracing the climax of the momentum.”