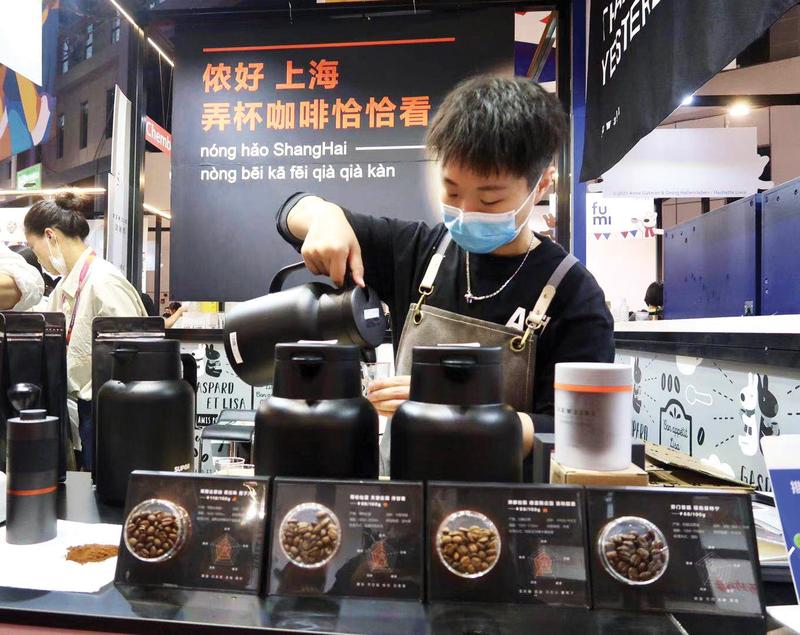 To many people, Shanghai’s rise to become the city with the most cafes in the world may seem like an astonishing feat that exemplifies how foreign things like coffee can be swiftly accepted in China, which, as of now, is still made up mostly of tea drinkers.

What many do not know is that Shanghai has enjoyed a long history with coffee. In fact, the Chinese megacity’s relationship with this produce dates back more than 170 years when the first shipment of coffee beans arrived at its shores.

According to Sun Ying, a Shanghai-based literature researcher who published the Coffee Map of Modern Shanghai and Coffee Literature, the words “five packages of Jiafei beans, 70 jin (35,000g) per package” were found in a list of imported goods dated May 18, 1844.

A few years later, in 1851, Shengchang Cafe, the first independent cafe offering food with coffee in Shanghai, opened its doors. The cafe, Sun pointed out, first started out as a night snack store that was opened by a Cantonese businessman that year. This store later became known as Shengchang cafe in 1876.

Years later, the cafe was transformed into a Western restaurant before it moved to Fuzhou Road in 1883, the year it was renamed Xinghualou, which is today known as a time-honored brand food maker.

“The discovery of Shengchang Cafe is very meaningful since it is the first independent cafe in Shanghai and was owned by a Chinese. It is very rare because Xinghualou still exists today and has witnessed the whole modern history of the city,” Sun Ying said.

Shanghai then saw a surge in the number of cafes in 1917 following the start of the October Revolution in Russia as many of the Russians who fled to Shanghai lived on Avenue Joffre — which is today known as Huaihai Road — where they opened many cafes and restaurants.

According to Meituan-Dianping, China’s largest online food delivery platform, Shanghai is presently home to 6,913 cafes, the most in the world. This figure excludes coffee services offered by convenient stores and fast-food restaurants.

The massive presence of Starbucks, which entered the Chinese market in 1999, has largely contributed to Shanghai’s latest accolade as the world’s coffee capital. The US coffee chain presently has a whopping 839 stores in Shanghai. This also makes Shanghai the city with the most Starbucks outlets in the world.

Meanwhile, Canadian coffee brand Tim Hortons, which only entered China in 2019, has already opened more than 100 stores in the city.

Domestic chains like Luckin Coffee have also played a huge role in driving up the numbers. Founded in 2017, Luckin Coffee is now the second-largest coffee chain in Shanghai with 499 stores. It currently runs 4,507 direct-sale stores in China, the most of any brand, foreign or domestic.

“When a market gets busy, there must be a detonator. In China, it was Luckin Coffee,” said Hou Yongpu, the founder of Yongpu Coffee.

“The rapid expansion of Luckin Coffee brought much capital to the market and made consumers pay attention to the industry. Its affordable prices have attracted many people who used to drink milk tea, to give coffee a shot,” Hou added.

Along with Luckin Coffee, local coffee brands such as Manner, Seesaw, and M Stand have also won the hearts of Chinese consumers with specialty coffee offerings. 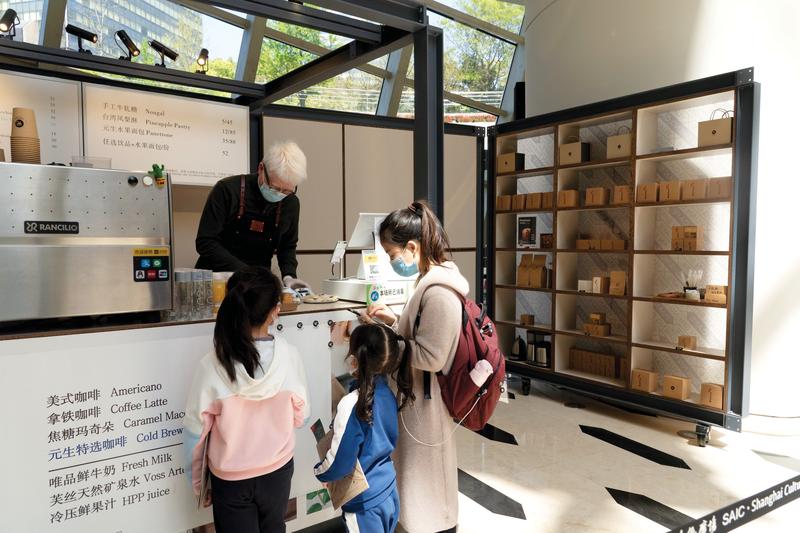 A delicate coffee bar emerges at the opening of a giant box before every performance at the SAIC-Shanghai Culture Square. (GAO ERQIANG / CHINA DAILY)

Manner, which made its debut in 2015 and now has 102 stores in Shanghai, is among the most popular of local cafes because of its affordability and focus on sustainability — customers who bring their own cups get a 5-yuan (US$0.76) discount for each order.

The company recently made headlines after securing US$1.3 billion in Series-A funding.

“We came to Shanghai to make coffee and see if good coffee will have a chance of surviving in this metropolis,” said Han Yulong, founder of Manner.

“We wanted to bring high-quality coffee to the Chinese and make Manner a brand worthy of their trust.”

Although chains like Starbucks appear ubiquitous, independent cafes make up the majority of the market, accounting for nearly 56 percent of all coffee shops in Shanghai. Among the most popular in recent years is Hinichijou cafe, which employs people with disabilities.

Also known as the Bear Paw Cafe, the cafe has gone viral among netizens after its first store was launched on Yongkang Road on Dec 3 last year. Following this success, the company now expects to open up to 100 stores across the nation within one year, with more than half of its employees being people with disabilities, according to Wang Haiqing, co-founder of the cafe.

Some stores have even incorporated local characteristics in the coffee experience. Take, for instance, Qiao Coffee, a subsidiary of local time-honored food company Qiaojiazha that pairs its coffee with traditional dim sum fare.

The bestselling coffee here, according to the eatery, is the hand-brewed option made from rare Guixia coffee beans which were awarded more than 90 points in the Special Coffee Association’s scoring system.

Convenience stores such as Family Mart, Lawson and 7-Eleven have also jumped on the bandwagon, rolling out coffee joints within their premises that charge customers as low as 10 yuan for a cup of fresh coffee.

Even cultural institutions like the Shanghai Museum have leveraged the burgeoning popularity of coffee to promote themselves. For example, the museum once held an event that relied on a special printer to print its logo and images of relics on latte foam.

“The growing number of places selling coffee is a reflection of local residents’ consumption upgrade. Unlike restaurants, a coffee shop is more for leisure,” said Lin Tung-Yuan, the winner of the barista championship in Taiwan in 2004 and an adviser to Shanghai Coffee Culture Week.

Industry experts have noted that e-commerce might play a significant role in shaping the future of coffee in Shanghai.

According to Wang Zhucen, the founder of coffee industry group Jasblu Coffee, about 70 percent of restaurants, including cafes, will upgrade themselves to become smart establishments that would be supported by independent ordering, self-service, big data, and artificial intelligence.

“It has been less than two years and Starbucks Now (the US coffee chain’s mobile pre-order and in-store pickup arrangement) already accounts for 30 percent of the (firm’s) overall sales. Meanwhile, takeout orders account for 15 percent of Seesaw’s total orders and Yongpu Coffee only sells its coffee online. This is a sign of how the coffee market will look like in the future,” said Wang.

“With the increase in labor costs, intelligent self-service coffee machines and intelligent ordering systems will become imperative in the future,” he added.