Beverage savored in city for more than 170 years 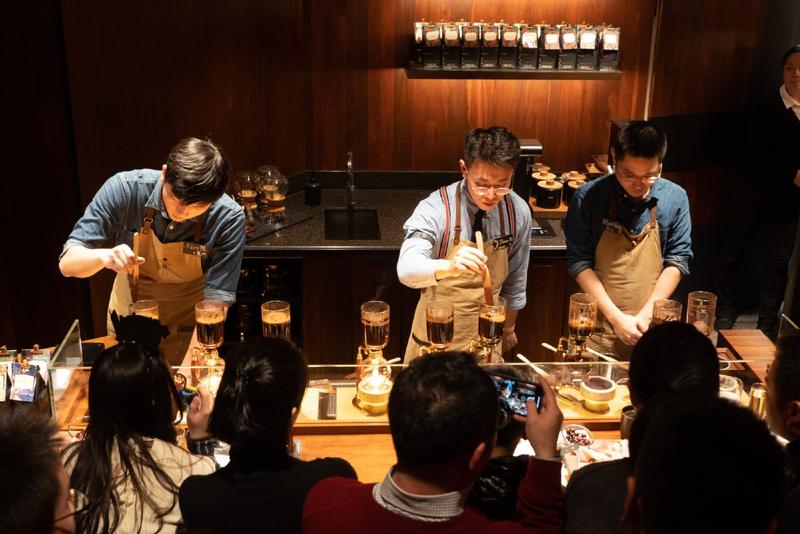 Shanghai has recently been named the city with the most coffee shops in the world, which may surprise many people, given that China is renowned for tea-drinking.

However, coffee has long been sold in the city, with the first shipment of coffee beans arriving more than 170 years ago.

According to Sun Ying, a literature researcher based in Shanghai who published the Coffee Map of Modern Shanghai and Coffee Literature, the words "Five packages of Jiafei beans, 70 jin (35,000 grams) per package" were found on a list of imported goods dated May 18, 1844.

Sun said the cafe, which started out as a store that sold snacks at night, run by a Cantonese businessman, became known as the Shengchang Cafe in 1876. It was later transformed into a Western restaurant before moving to Fuzhou Road in 1883, when it was renamed Xinghualou, which is now a time-honored food brand.

"The Shengchang Cafe was very significant, as it was the first independent cafe in Shanghai and was owned by a Chinese. Xinghualou still exists today and has witnessed the city's entire modern history," Sun added. 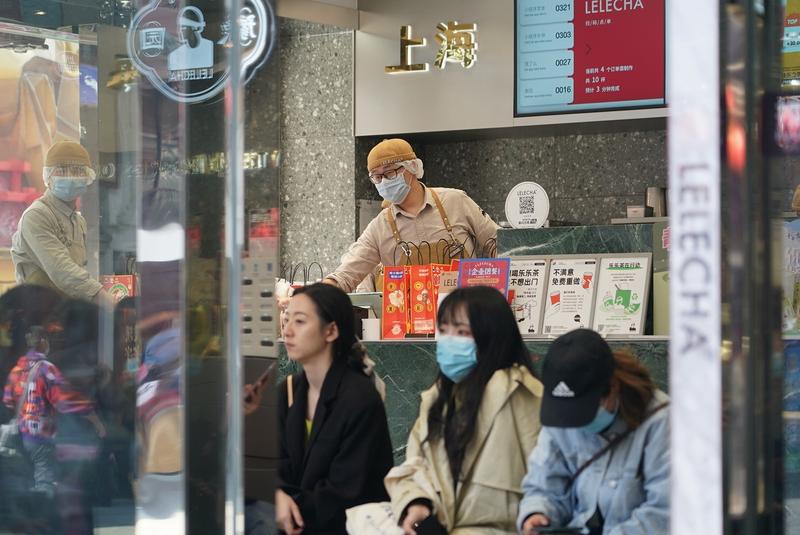 Drinks are prepared at an outlet in Shanghai. (GAO ERQIANG / CHINA DAILY)

In 1917, the number of cafes surged in Shanghai following the start of the October Revolution in Russia. Many Russians who fled to the city lived on Xiafei Road－known today as Huaihai Road－where they opened numerous cafes and restaurants.

Shanghai was named the city with the most coffee shops globally by a report published by The Rising Lab, a research arm of Shanghai media group Yicai, during the opening of the first Shanghai Coffee Culture Week, which ended on April 11.

According to the shopping platform Meituan-Dianping, the city is home to 6,913 cafes, the most in the world. This figure excludes coffee services offered by convenience stores and fast food restaurants.

Chen Sijie, manager of market consultancy group CBN, said on March 29 during the opening ceremony for Shanghai Coffee Culture Week: "Shanghai is now the most important consumer market in China's coffee industry, as well as a place of innovation in the industry."

The massive presence of Starbucks, which entered the Chinese market in 1999, has largely contributed to Shanghai becoming the world's coffee capital. The United States chain has a record 839 stores in the city. 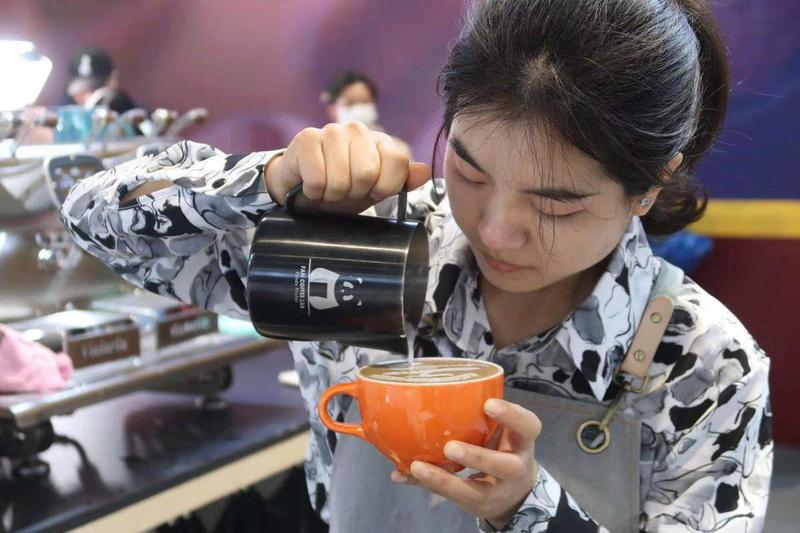 Canadian brand Tim Hortons, which only entered China in 2019, has already opened more than 100 stores in Shanghai.

Domestic chains such as Luckin Coffee have also played a key role in driving up the numbers. Founded in 2017, it is now the second-largest coffee chain in Shanghai, with 499 stores. It runs 4,507 direct-sale stores in China, the most of any brand, foreign or domestic.

Hou Yongpu, founder of Yongpu Coffee, said: "When a market gets busy, there must be a detonator. In China, it was Luckin Coffee.

"The rapid expansion of Luckin Coffee brought much capital to the market and made consumers pay attention to the industry. Its affordable prices have attracted many people who used to drink milk tea."

Local brands such as Manner, Seesaw and M Stand have also won the hearts of coffee drinkers with specialty offerings.

Manner, which made its debut in 2015 and now has 102 stores in Shanghai, is among the most popular local cafes due to its affordability and focus on sustainability. Customers who bring their own cups receive a 5 yuan (76 cents) discount for each order.

The company recently made headlines after securing US$1.3 billion (8.5 billion yuan) in Series A funding－the level of investment in a startup that follows initial seed capital. 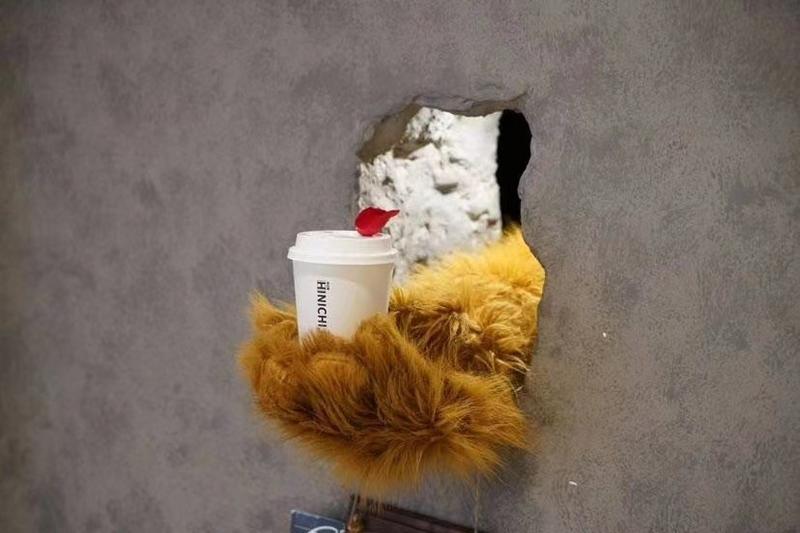 Han Yulong, founder of Manner Coffee, said, "We came to Shanghai to make coffee and see if good coffee had a chance of surviving in the metropolis.

"We wanted to bring high-quality coffee to the Chinese and make Manner a brand worthy of their trust."

Although chains such as Starbucks appear to dominate, independent cafes comprise the majority of the market, accounting for nearly 56 percent of the coffee shops in Shanghai.

Hinichijou cafe, which employs people with disabilities, has been among the most popular.

Also known as Bear Paw Cafe, it went viral among netizens after its first store opened on Yongkang Road on Dec 3.

Wang Haiqing, co-founder of the cafe, said that following this success, the company expects to open up to 100 stores nationwide within a year, with more than half the employees being people with disabilities. 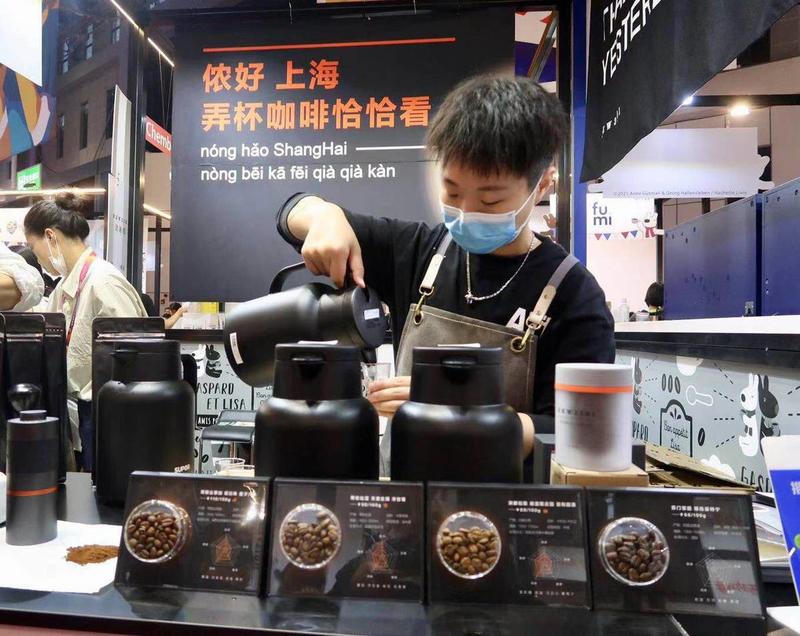 Qiao Coffee, a subsidiary of long-established food company Qiaojiashan, is pairing its coffee with traditional dim sum. Its best-selling coffee is hand-brewed and made from rare Guixia beans.

Convenience stores such as Family Mart, Lawson and 7-Eleven have also jumped on the bandwagon by introducing coffee areas and charging as little as 10 yuan for a cup of fresh coffee.

The Shanghai Museum even turned to the increasing popularity of coffee to promote itself by holding an event at which a special printer reproduced the institution's logo on latte foam, along with images of relics. 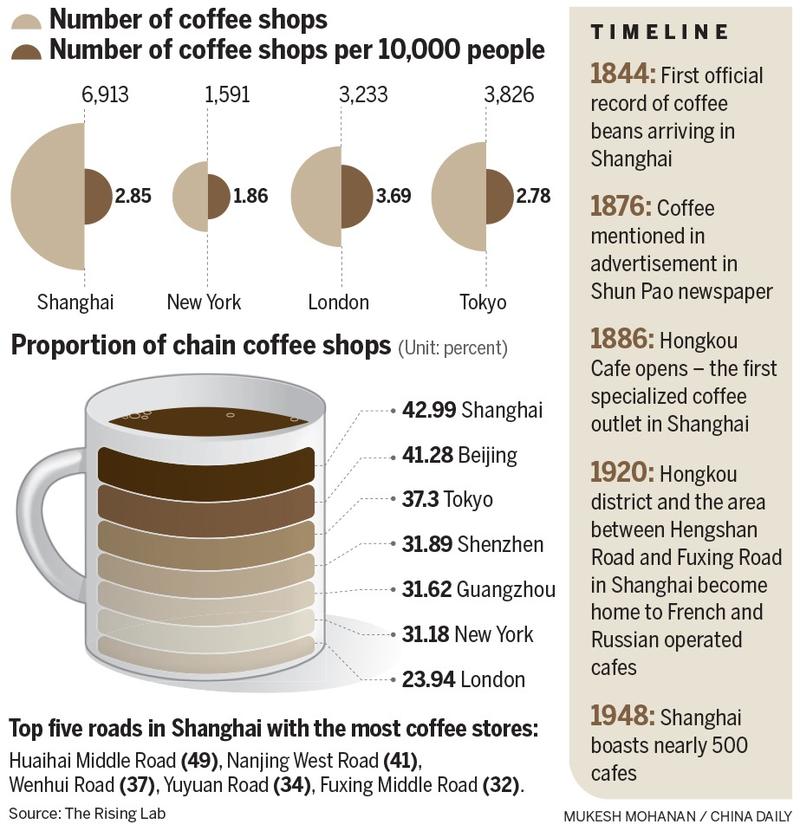 Lin Tung-Yuan, winner of the first Taiwan Barista Championship in 2004 and also an adviser for Shanghai Coffee Culture Week, said: "The growing number of places selling coffee is a reflection of local residents' upgraded consumption. Unlike restaurants, a coffee shop is more for leisure."

Industry experts have noted that e-commerce could play a significant role in shaping the future of coffee in Shanghai.

"It has been less than two years and (express retail service) Starbucks Now already accounts for 30 percent of overall sales. Meanwhile, takeouts account for 15 percent of Seesaw's total orders and Yongpu Coffee only sells online. This is a sign of the direction the coffee market is taking," Wang said.