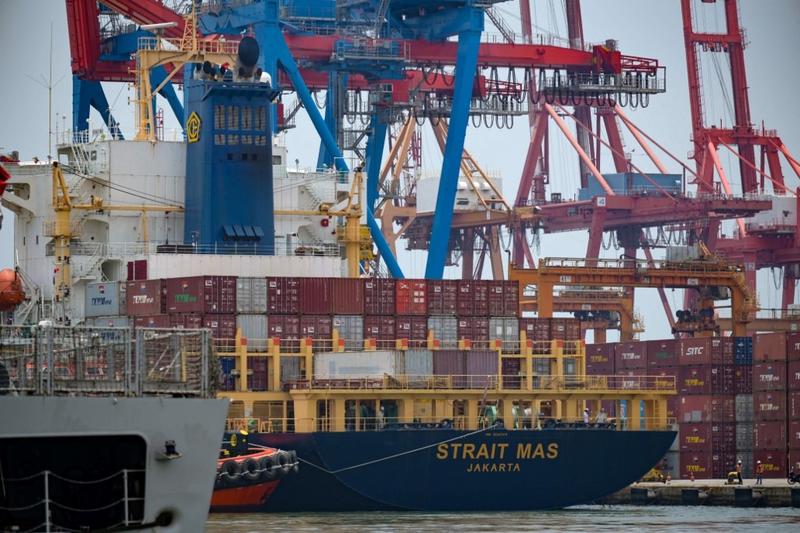 Stacks of containers are seen at the port in Tanjung Priok in Jakarta, on March 31, 2021. (BAY ISMOYO / AFP)

BOAO, Hainan - The growth rate of the Asian economy in 2021 is expected to reach at least 6.5 percent, according to a report released by the Boao Forum for Asia (BFA) Sunday.

The Boao Forum for Asia report attributed the relatively high growth rate to effective epidemic control and orderly production and work resumption in China and the Republic of Korea, among other factors

South Asia will see its economy grow 9.7 percent this year, the fastest growth in the region, it added, citing the IMF.

According to the report, East Asia is expected to see its economic growth hit 6.5 percent during the same period.

This was attributed to the relatively high growth rate to effective epidemic control and orderly production and work resumption in China and the Republic of Korea, among other factors.

The Asian economy has taken up a growing share of the world economy. Measured by purchasing power parity, the region's economy is expected to account for 47.9 percent of the world's total in 2021, up from 45.3 percent registered in 2017, according to the IMF data the report cited.

Despite the impact of the COVID-19 pandemic, the Asian economy has presented many highlights and opportunities, according to the report.

The digital economy has helped promote production resumption, stabilized the economic situation, and become a new driving force for Asia's economic growth in the future.

The economic and trade cooperation among Asian countries has continued to deepen.

By February 2021, 186 regional trade agreements were in force, accounting for 54.9 percent of the global total, according to the report, citing data from the World Trade Organization.

In particular, the signing of the Regional Comprehensive Economic Partnership Agreement in November last year will further accelerate the Asian economic integration, it added.

Going forward in 2021, the pandemic remains the major variable that will have a direct bearing on the performance of Asian economies, the report stressed.

On the health deficit, rapidly distributing vaccines is a daunting task for Asia, according to the forum's Sustainable Development: Asia and the World Annual Report 2021.

Various health policies need to be maintained to flatten the pandemic curve, and public health infrastructure is also crucial to guaranteeing health security and epidemic preparedness, according to the report.

The world should prioritize vaccination and the establishment of mutual health data recognition arrangements, it added.