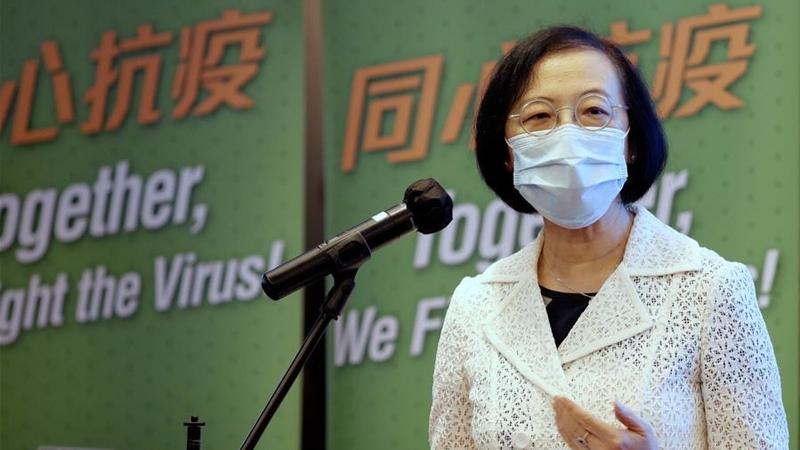 HONG KONG - Hong Kong reported 30 new COVID-19 cases on Sunday, including 29 imported infections, as Food and Health Secretary Sophia Chan Siu-chee said that more flights could be banned to prevent mutant virus strains from getting into the city.

“If we look at the past data, from March to now we have already suspended seven flights for 14 days from different countries… We envisage that we will be suspending more flights,” Chan said.

"Whether we will be banning boarding on the places would depend on the assessment by the Centre for Health Protection (CHP). We will continue to review the situation in a timely manner," she added.

Health officials quarantined 81 residents of a building in Jordan after a man who had traveled to the city from Dubai initially tested positive for a highly transmissible mutant strain of COVID-19 – the first time the variant has been detected in Hong Kong’s community.

In a statement on Sunday afternoon, the CHP said that the imported cases on Sunday included 22 from India, four from Indonesia, and one each from the Philippines, Egypt, and Canada.

The CHP said said the lone local case involved a woman who lived in Parkes Building in Jordan, where the man from Dubai had stayed after his quarantine. The city’s tally of confirmed cases stood at 11,683.

Chan said health authorities were "very concerned" about a possible rebound in cases, in part due to the gatherings and activities during the Easter holiday.

“First of all we are very concerned about the rebound. There are two areas of concern, first is about the gatherings and all the activities during the Easter holidays,” Chan said.

“We actually envisage that there could be some rebound, and now see the rebound with the increased number of unlinked cases,” she added.

Hong Kong on Saturday reported 18 cases on Saturday, including six local coronavirus cases that were untraceable.

A total of 152 cases had been recorded in the past 14 days, including 36 local infections,  of which 12 are from unknown sources, the CHP said.

Chan also said that health authorities would again meet this week with members of the catering industry to continue discussions on the relaxation of virus curbs through "vaccine bubbles".

“We have already said many times, these gradual relaxation of return to normality obviously would have to base on the stable situation of the epidemic,” Chan said.

“But in order for us to return to normality, and refrain from opening and closely these premises, we will have to add or strengthen our mitigation measures, so that the risk associated with the slight or gradual relaxation would be mitigated, and that we can ensure a safe relaxation for our community,” she added.