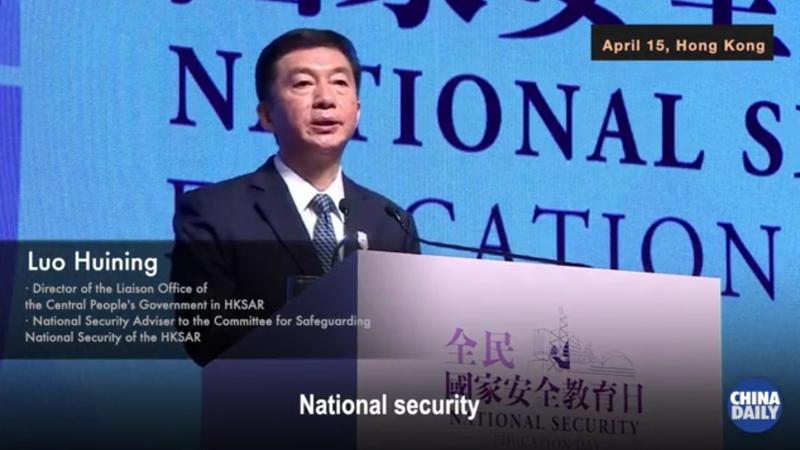 Director of the Liaison Office of the Central People’s Government

The promulgation of the National Security Law for Hong Kong in June last year has put an end to the history of Hong Kong having no national security safeguards. Last month the Standing Committee of the National People’s Congress took action to improve the SAR’s electoral system, plugging systemic loopholes that have been exploited by anti-China, destabilizing activists to infiltrate into the SAR’s governing structures. Netizens have likened the two strategic moves by the Central Authorities to the “sword” and “shield” that serve to safeguard the social stability and the future of Hong Kong. I express my full agreement with the netizens.

When putting forward his holistic view of national security, President Xi Jinping pointed out that security and development are complementary and mutually reinforcing, and that security is the foremost prerequisite for development. This has been the winning formula for China’s miraculous economic growth and lasting social stability since the reform and opening-up of the country. The effectiveness of the strategy has also been validated by the major shift from chaos to stability in Hong Kong. Instead of the massive capital flight as predicted by some doomsayers, Hong Kong’s aggregate balance has risen to a four-year high for the past year. Some foreign media outlets also acknowledged the fact that the National Security Law further stabilized Hong Kong’s markets and investment environment. Facts speak louder than words. Now l would like to share with you three points of view on national security. 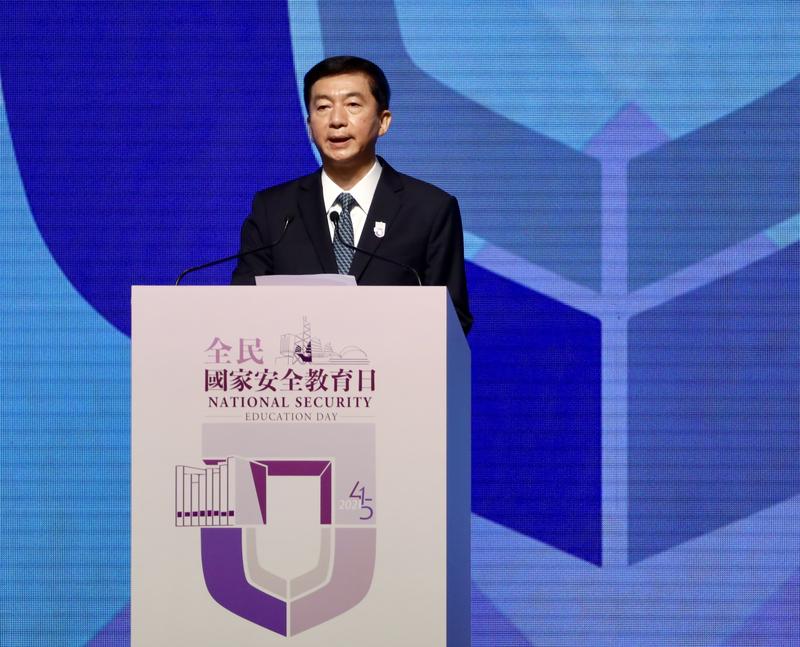 Luo Huining, director of the Liaison Office of the Central People’s Government in the HKSAR, delivers a speech at the opening ceremony of the “National Security Education Day 2021” at the Hong Kong Convention and Exhibition Centre on April 15, 2021. (EDMOND TANG / CHINA DAILY)

I.National security is a matter of strategic importance for the country. The Central Authorities will remain committed to the paramount responsibility of safeguarding national security. The concept of “One Country, Two Systems” was advanced, first and foremost, to realize and uphold national unity. In 2017, President Xi Jinping pointed out that “One Country” is like the roots of a tree. For a tree to grow tall and luxuriant, its roots must run deep and strong. The President also marked out “three red lines” that must not be trespassed. The Central Authorities have always kept its word. Any act endangering national security as well as Hong Kong’s prosperity and stability will be dealt with swiftly and effectively. Any attempt by foreign countries and external forces to flagrantly interfere in the affairs of Hong Kong, and to exploit Hong Kong as a pawn will be met with impactful countermeasures. The Central Authorities will, as always, lend full support to the SAR’s institutions of power for its lawful crackdown on criminal activities endangering national security, and to those individuals and institutions that have been subjected to threat and sanctions for safeguarding national security.

II.Development is predicated on national security. It is imperative for the SAR to earnestly discharge its constitutional obligation for safeguarding national security. Over the past year, especially since the promulgation of the National Security Law for Hong Kong, the SAR Government has performed its duties with diligence. Now with the laws, mechanisms and manpower in place, the rest comes down to enforcement and implementation. All “criminal acts” undermining national security must be brought to justice, while “non-criminal acts” must be regulated. It is the collective responsibility of the SAR’s executive authorities, legislature and the judiciary to safeguard national security. In order to safeguard national security, it is imperative to fully and faithfully implement the “March 11” Decision made by the National People Congress and the “March 30” amendments adopted by the NPC Standing Committee; to resolutely implement the comprehensive jurisdiction of the Central Authorities; and to resolutely safeguard the SAR’s political security. When it comes to matters of principle such as national sovereignty and security as well as the fundamental well-being of Hong Kong residents, true patriots should step up to the plate to meet the challenge in the administration of Hong Kong.

III.The livelihoods of people are predicated on national security. It is imperative for all Hong Kong compatriots to fulfill their legal obligations of safeguarding national security. Hong Kong has paid a hefty price for the “painful lesson of security”, which has been experienced first-hand by local residents. Last month, 2.38 million people signed up in support of the reform to improve the SAR’s electoral system, which represented a powerful display of mainstream public opinion. It is safe to assume that with the “sword” and “shield” in place, the SAR now has acquired the necessary prerequisites for addressing deep-seated economic and livelihood issues. Neither the Central Authorities nor local residents will tolerate anyone who ventures to challenge the bottom line of national security and public order. Further efforts are imperative for all sectors of society to proactively participate in the National Security Education Day events; to forge the consensus that acts endangering national security jeopardize Hong Kong’s prosperity, development and the well-being of local residents; and to build a fortified “steel wall” that safeguards national security.

Dear friends. Many people are recently engaged in the debate about the future of Hong Kong. A Hong Kong friend has rightly put it, “the small boat of Hong Kong sails confidently when it is fastened to a giant one”. This small family of Hong Kong cannot be separated from the big family of motherland. This year marks the centenary of the Communist Party of China, and the start of a new journey to build a fully modernized socialist country. The march toward the great rejuvenation of the Chinese nation is inexorable, which constitutes the strongest source of support and confidence for Hong Kong. With the further enforcement of the National Security Law, an improved electoral system, the implementation of the country’s 14th Five-Year Plan and better integration of Hong Kong into the country’s overall development, I am confident that Hong Kong will enjoy unprecedented level of security and stability, and will be promised with a bright future!