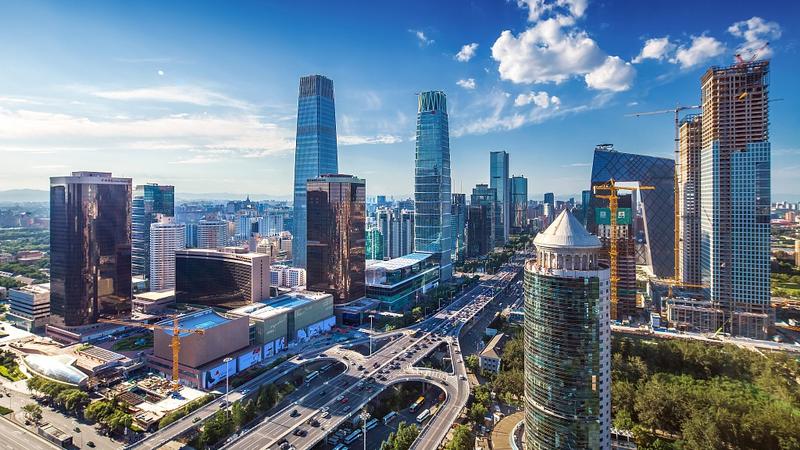 China's economy is likely to see close to 20 percent growth year-on-year in the first quarter, but the foundation of recovery is "not yet solid" and makes the continuity of supportive macro policy necessary, experts said on Wednesday.

They commented as the National Bureau of Statistics is expected to release key economic data for the first quarter on Friday, among which the GDP growth may reach between 15 and 20 percent on a yearly basis. The highest quarterly growth since the NBS began keeping records in 1993 was 15.3 percent.

Kang Yong, chief economist at KPMG China, said he expects China's first-quarter GDP growth to stand at 19.5 percent on a yearly basis, up from 6.5 percent in the last quarter of 2020, mainly thanks to last year's extremely low comparison base amid the country's lockdowns to curb COVID-19 outbreaks.

The National Bureau of Statistics is expected to release key economic data for the first quarter on Friday, among which the GDP growth may reach between 15% and 20% on a yearly basis. The highest quarterly growth since the NBS began keeping records in 1993 was 15.3%

Moreover, industrial production and exports have remained buoyed amid the global recovery in demand, while consumer spending and offline services picked up as the virus got further contained, Kang said.

Official data showed that China's exports in goods soared by 38.7 percent on a yearly basis to 4.61 trillion yuan (US$706 billion) in the first quarter, while manufacturing activity has been strong, with the purchasing managers index remaining well above the boom-bust line of 50 in the first three months of the year.

"Friday's data will provide fresh evidence that China's economic recovery is gaining momentum. But we don't expect policy normalization to be accelerated upon the readings, as policymakers are fully-aware that the jump was mainly attributable to the base effect while the economy still needs continuous, targeted support," Kang said.

Though the recovery in domestic consumption coupled with resilient exports will help China achieve a forecast 8.8 percent growth for the whole year, headwinds like the rising costs of commodities could eat away enterprise profits and complicate the recovery, he added.

Amid rising international prices of commodities like oil and metals, China's producer price index, which gauges factory-gate prices, rose 4.4 percent year-on-year last month, the highest level in more than two years, according to the NBS.

Moreover, the job market has yet to be fully stabilized. While polled manufacturers have hired more employees in March, employment in the non-manufacturing sector continued to contract, the NBS said.

"The economy is steadily recovering but the foundation of recovery is not yet solid. The resurgence of domestic investment and consumption has remained sluggish and can be further boosted," said Xu Hongcai, deputy director of the China Association of Policy Science's economic policy committee.

Policymakers should not rush into backpedaling on support for small enterprises and distressed businesses and should take measures to ease the cost pressure facing market entities by helping expand supply, Xu said.

Premier Li Keqiang reiterated at a symposium with experts and entrepreneurs on Friday the need to maintain the continuity, stability and sustainability of macro policies.

While concerns are rising that a spike in commodity prices could lead to policy tightening ahead of schedule, experts said imported inflationary pressure is unlikely to derail the Chinese central bank's "no sharp policy shift" stance.

Cheng Shi, chief economist at ICBC International, said imported inflationary pressure is expected to continue for some time, but China's prudent policy stance has helped cushion the impact, while rising commodity prices have only passed through to consumers in a limited way.

With major risks regarding consumer inflation at bay, monetary policy is expected to stay true to the "no sharp policy shift" commitment, Cheng said, adding that the country's annual economic growth may land at about 9 percent after surging to 18 percent in the first quarter.

Iris Pang, chief China economist at Dutch bank ING, said China's economic momentum is expected to stay solid this year, with quarter-on-quarter economic growth to stabilize between 1 and 2 percent, though year-on-year readings will slow as the base effect fades.

Domestic consumption will remain the stabilizer for the economy, while digital infrastructure investment is expected to be the growth engine, Pang said.