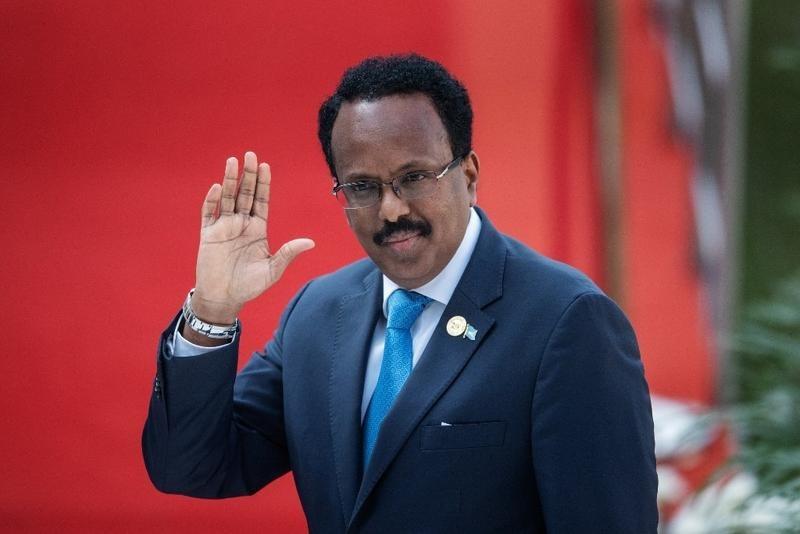 In this May 25, 2019 photo, Somalia's President Mohamed Farmajo gestures while arriving at the Loftus Versfeld Stadium in Pretoria, South Africa. (MICHELE SPATARI / AFP)

The resolution gives the National Independent Electoral Commission (NIEC) authority to hold elections in not more than two years and means that federal member states will continue functioning during the period.

According to the resolution passed in Parliament, elections will be based on one person one vote with the electoral mandate now shifted to the people.

Farmajo whose four year-term in office officially ended on Feb 8 welcomed the resolution by Parliament and urged the citizens to seize the historic chance to choose their destiny as Parliament voted to return the elections mandate to the people.

The move he said came after the failure of the consultative talks between the government and leaders of the five federal member states to support the implementation of the pre-election deal inked in September 2020.

Farmajo said his government will play its key role in the implementation of the electoral law as passed by Parliament to rightfully restore the constitutional power to the Somali people.

"All government agencies shall carry out their mandates using diplomatic terms and principles without tolerating any external interference in important affairs, especially the country's elections," Farmajo said in a statement.

The president who is seeking another term in office has however been unable to find a truce with regional leaders and agree on a timetable for electing new office holders.