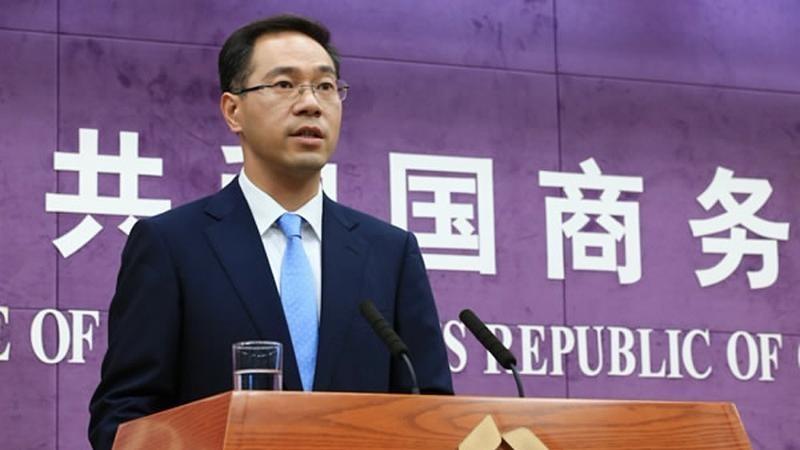 In this Aug 3, 2017 photo, Gao Feng, spokesman for China’s Ministry of Commerce, speaks at a press conference in Beijing, China. (PHOTO / MINISTRY OF COMMERCE)

BEIJING - The allegation of China transferring pollutive production enterprises to Kazakhstan goes against the facts and has ulterior motives, a Ministry of Commerce (MOC) spokesperson said on Thursday.

Kazakhstan is among the first members of the Belt and Road Initiative. In recent years, economic and trade cooperation between China and Kazakhstan has yielded fruitful results and benefited the two peoples, MOC spokesperson Gao Feng said at a press conference.

By the end of 2020, China's outstanding direct investment in Kazakhstan topped US$7.83 billion, playing an important role in promoting local employment and economic development, said Gao.

He added that China-Europe freight trains made nearly 10,000 trips between China and Europe via Kazakhstan last year.

He used a 100-megawatt wind power plant in Kazakhstan as an example of the cooperation, noting that it can help reduce local emissions of sulfur dioxide by more than 1,000 tons and carbon dioxide by nearly 300,000 tons.

China will continue to work together with Kazakhstan to deepen practical cooperation in various fields following the principles of amity, sincerity, mutual benefit and inclusiveness, as well as extensive consultation, joint contribution and shared benefits, said Gao.