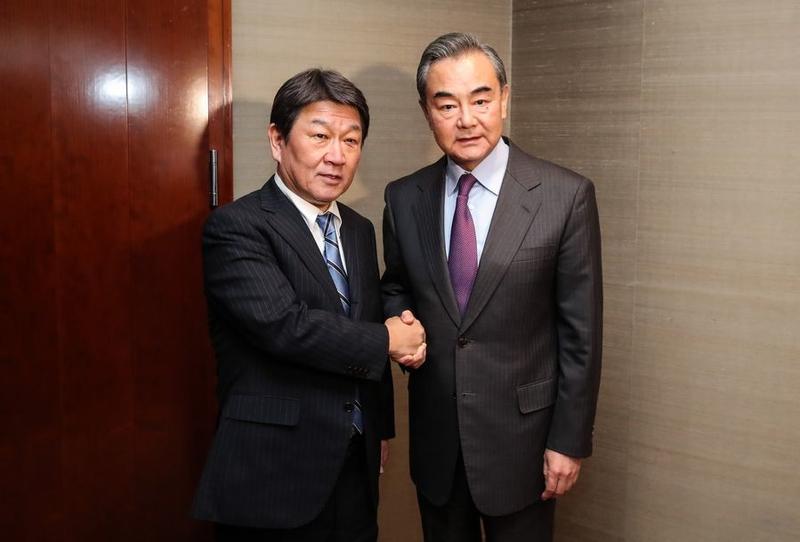 Wang said that China's development has not only enabled the Chinese people to live a better life, but also made positive contribution to promoting regional stability and prosperity.

Practice has proved that China's development is a growing force for world peace, a favorable factor for promoting international cooperation and an important opportunity for Japan's long-term economic development, Wang said.

The will of some superpower does not represent that of the international community, and a few countries following this superpower have no right to monopolize multilateral rules, said Wang.

The law of the jungle will prevail in the world where one cannot distinguish right from wrong doing if some countries, under the guise of multilateralism, are wild about bloc politics or major-country confrontation, or even arbitrarily impose unilateral illegal sanctions on others based on false information, he said, adding that that situation will be a disaster for the vast number of small and medium-sized countries, and the majority members of the international community will not allow that to happen.

Wang said that only the Chinese people are entitled to decide what China should do, and that cannot be decided according to the preferences of some foreign countries.

READ MORE: China urges US, Japan to stop interfering in its internal affairs

He also said that all countries, which all have the right to choose a development path suited to their own national conditions, ought to manage their own domestic affairs first, and work together to meet the common global challenges at the same time.