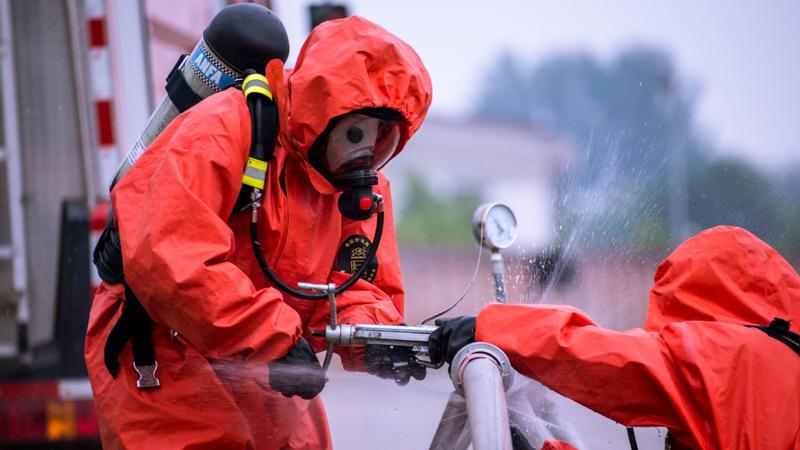 Employees from State-owned Sinochem Energy Co Ltd take part in a drill to seal a blind tube at an oil depot in Beijing. (PHOTO / CHINA DAILY)

BEIJING - China has approved the restructuring of Sinochem Group and ChemChina Group, according to the country's top state assets regulator.

Sinochem Group and ChemChina Group have received approval to implement joint restructuring, the State-owned Assets Supervision and Administration Commission of the State Council (SASAC) said late Wednesday in a statement on its website.

Sinochem and ChemChina will undertake a joint restructuring, becoming subsidiaries of a new holding company wholly owned by the State-owned Assets Supervision and Administration Commission of the State Council

The two companies will undertake a joint restructuring, becoming subsidiaries of a new holding company wholly owned by the SASAC, read a statement from Sinochem Group.

After the reorganization, the new company will cover fields including life sciences, material sciences, the basic chemical industry, rubber tires and urban operations, according to Sinochem Group.

Headquartered in Beijing, Sinochem Group was founded in 1950. It is a leading integrated operator in the oil and chemical industry, providing agricultural inputs (seeds, agrochemicals and fertilizers) and modern agricultural services, and exerting a strong influence on city operation and the non-banking financial services sector.

ChemChina Group is the largest chemical enterprise in China. Based in Beijing, it has production and research and development bases in 150 countries and regions worldwide, and boasts a full-fledged marketing network.