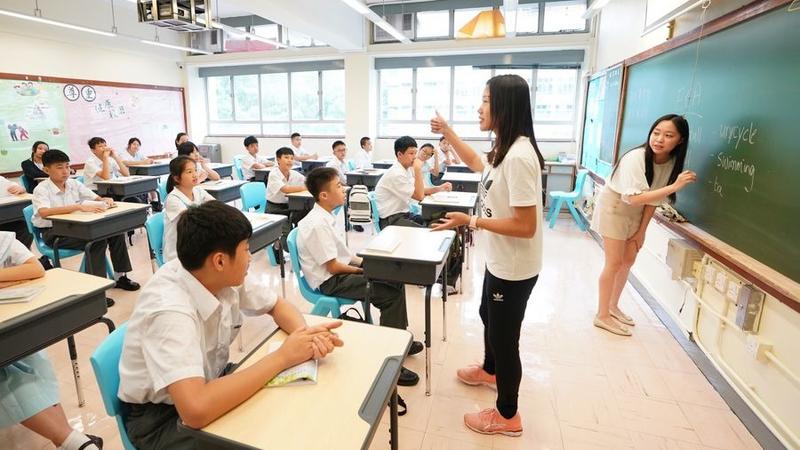 The Ministry of Education will give full support to the Hong Kong Special Administrative Region government's revamp of the SAR's education curriculum in order to cultivate more young talents who love the Hong Kong SAR and the country, a senior education official said on Wednesday.

... The Hong Kong SAR government should build and improve its education system in line with the 'one country, two systems' principle to cultivate national identity and patriotism among young people in the region.

"Our position on Hong Kong education has been consistent and clear. The Hong Kong SAR government should build and improve its education system in line with the 'one country, two systems' principle to cultivate national identity and patriotism among young people in the region," Song said at a news conference held by the State Council Information Office.

The ministry said it hopes that Hong Kong's education sector can achieve better results in strengthening education on the Constitution and the Hong Kong SAR Basic Law, as well as national history and culture, he added.

Hong Kong's education authority is considering introducing changes to the liberal studies subject in its senior secondary curriculum, as this was seen as contributing to the mass participation of students in the 2019 social unrest. Hong Kong Education Secretary Kevin Yeung Yun-hung said in February that the proposed revamp aims to cultivate a sense of national identity and a better understanding of the country.

He added that the preparations for a new subject on national security and its course manual are almost complete and will be unveiled soon.

Song said the ministry will create more opportunities for Hong Kong's young people to visit and study on the mainland. It will continue to strengthen exchanges of students and teachers between the mainland and Hong Kong and increase cooperation in scientific research and joint academic programs, he said.

About 45,000 students from Hong Kong, Macao and Taiwan studied at mainland universities during the 13th Five Year Plan period (2016-20), according to Liu Jin, head of the ministry's Department of International Cooperation and Exchanges.

The number of mainland universities that can enroll Hong Kong, Macao and Taiwan students has risen to more than 400, and 225 of them offer postgraduate programs, Liu said.

Nearly 1,800 projects involving 56,000 people received funding support from the ministry's program for exchanges of teachers and students between higher education institutions on the mainland and those in Hong Kong and Macao from 2016 to 2019, she said.