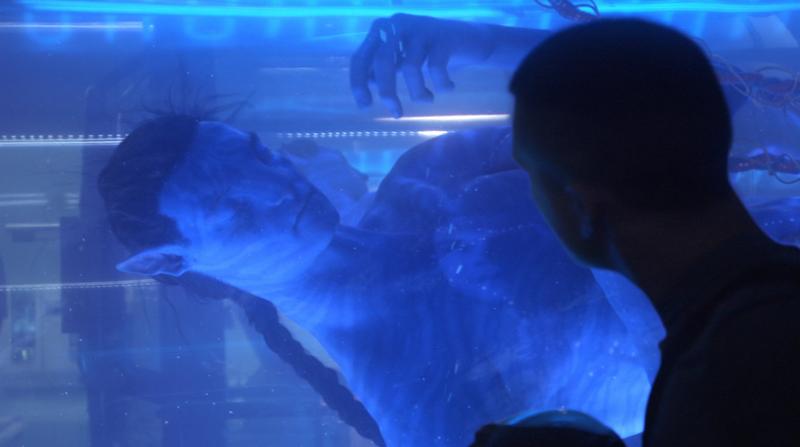 James Cameron's Avatar has just reclaimed the top spot as the highest-grossing movie of all time. It features the alien tribe of Na'vi, a race of blue-skinned slender giants and the protagonist, a US Marine veteran. (PHOTO PROVIDED TO CHINA DAILY)

It took merely one and a half days from the start of its re-screening across China on March 12 for James Cameron's sci-fi blockbuster Avatar to retake its crown as the world's top-grossing film of all time.

Data from the box-office tracker Beacon shows that, with the newly earned revenue from the re-release sales as of Tuesday, Avatar has seen its total gross surpass 1.5 billion yuan (US$231.3 million) in mainland theaters, helping it to reclaim the throne as cinematic top dog from Marvel's 2019 superhero hit Avengers: Endgame.

Widely regarded as a technological game changer, Avatar first opened across China in January 2010 following its release in the United States in December 2009 creating a frenzy that ushered in the revolutionary mass expansion of 3D-capable screen installation in China.

Chinese media at the time reported on audiences flocking to theaters and queuing for hours to get a ticket, some even paying higher prices from unofficial sources for the IMAX 3D experience, which was considered the best medium in which to bask in the movie's (at the time) breathtaking computer-generated imagery.

It triggered a construction spree of advanced auditoria in which the moviegoing public could enjoy a cutting-edge cinematic experience. In early 2010, the country had less than 1,000 3D-capable screens, only 14 of which were IMAX-compatible. Now, however, those figures have grown to around 60,000 3D cinema screens, among which nearly 1,000 are IMAX screens, with over 700 of them in operation and the rest at various stages of installation.

Cameron, who is currently in New Zealand engaged in post-production work for the Avatar sequels, tells China Daily, via an online video interview, that he feels "truly incredible about what has happened in China".

"You guys are leading the charge. That's fantastic. I love it that you've got the virus under control enough and you've got the economy reemerging as well as cinema reemerging," says Cameron. 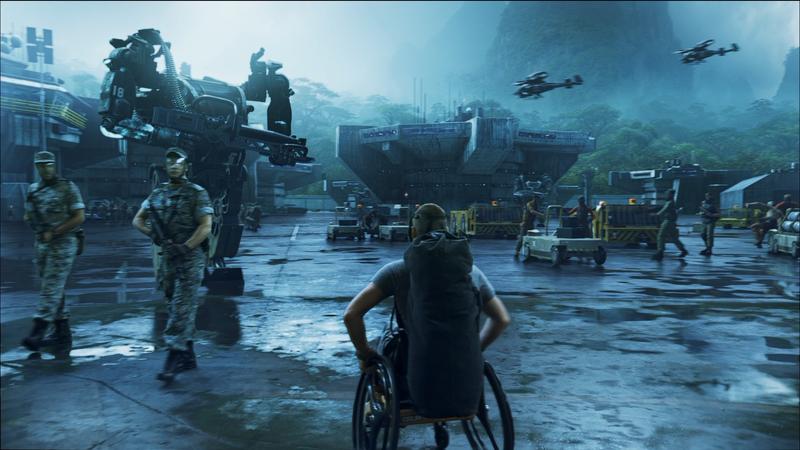 China took decisive action shortly after the COVID-19 outbreak earlier last year, enforcing a six-month-long closure of more than 75,000 screens in around 12,000 cinemas until it became safe for moviegoers to once again return.

Propelled by a bunch of Chinese blockbusters, ranging from the patriotic anthology My People, My Homeland to the recent Spring Festival smash hit Hi, Mom, the country's cinema business has seen an inspiring revival following the impact of the pandemic, becoming the world's largest movie market in terms of yearly box-office gross in October last year.

"The Chinese film industry is growing in strength and the ability to tell these Chinese stories is at a world-class level," says Cameron.

"I'm honored that they (the China Film Administration and Chinese distributors) chose Avatar to be one of the films to sort of remind people what the cinematic experience is," he adds.

Speaking about the legacy that Avatar has given to global audiences over the past decade, Cameron says he believes Avatar is still a "fresh "tale with a thought-provoking theme that explores climate change and mankind's relationship with nature.

Set in the year 2154, the film follows a paraplegic US military veteran's mission to the fictional, inhabitable moon of Pandora, a lush alien world, home to blue-skinned, 3-meter-tall giants known as the Na'vi. Despite being part of a project in which humans seek to exploit the moon's valuable resources, the protagonist is moved by the Na'vi's respect for nature, and chooses to fight alongside them against the human invaders.

"As a filmmaker, you want to be able to resonate with people everywhere. I know some people criticize the story for being too simple. I think it was universal. It was something that everybody everywhere could understand and emotionally relate to."

Perhaps the most anticipated news for Avatar fans is that of a release date for the film's upcoming sequels. Disney's latest update on the matter states that Avatar 2, which reprises the roles of Sam Worthington, Zoe Saldana and Sigourney Weaver, will be released globally on Dec 16, 2022. 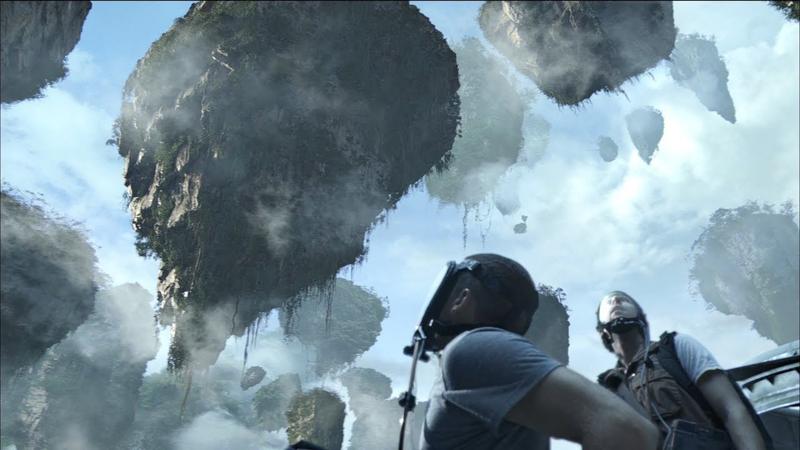 Despite a lot of film projects struggling with delays and postponements－or being forced to operate remotely－Cameron says he feels "lucky" to be in New Zealand right now and still able to work in the same room with other people.

"In a funny way, nothing really changed for me. We were very fortunate that we had based our production here in New Zealand before the pandemic," says Cameron.

But he reveals that the project did get delayed for four months due to the pandemic, so they have had to push two of the scheduled four sequels around a full calendar year into 2022.

"But that's probably a good thing in the grand scheme of things, because we need to have everybody back in cinemas worldwide," he says.

Over the past year, the world's cinemas have collectively suffered. However, despite battling an industrial slowdown caused by the pandemic, Cameron says that he believes the charm of the big screen will not fade.

"I think everyone who is a filmmaker, whether they're like me and they're kind of an old dinosaur, or whether they're a new filmmaker that's coming up, they have to ask themselves: 'what is a movie?' Why should something be a movie and not a six-hour limited series, an episodic series or a special－or any of the various ways that things can play through with online streaming," he says.

"I don't know how it's all going to settle, but I do believe the cinema will always be there, because there's something the cinema provides that streaming platforms can't. Going to the theater is about being in a room with a bunch of strangers.

"The strangers keep you from talking to your friends while you're watching. You don't have a remote, so you can't press pause and go order a pizza or go to the bathroom. It's great when you laugh at a joke with everybody else in the room and you don't know them," Cameron continues.

After all, just like all the great directors who have been asked this question amid the double blows of the pandemic and the rise of rival streaming services, Cameron believes cinema is irreplaceable.

"As a filmmaker, what we learned about humanity in the very challenging last year is that human beings need three things to survive－food, water and stories," he says.

With Avatar－which despite being 11 years old, took less than 48 hours to top the Chinese box-office chart again－the filmmaker, who once loudly shouted "I'm the king of the world" while accepting one of Titanic's 11 Oscars in 1998, might probably be the last person to worry about unemployment.

"As a storyteller, I will always have a job," concludes Cameron.