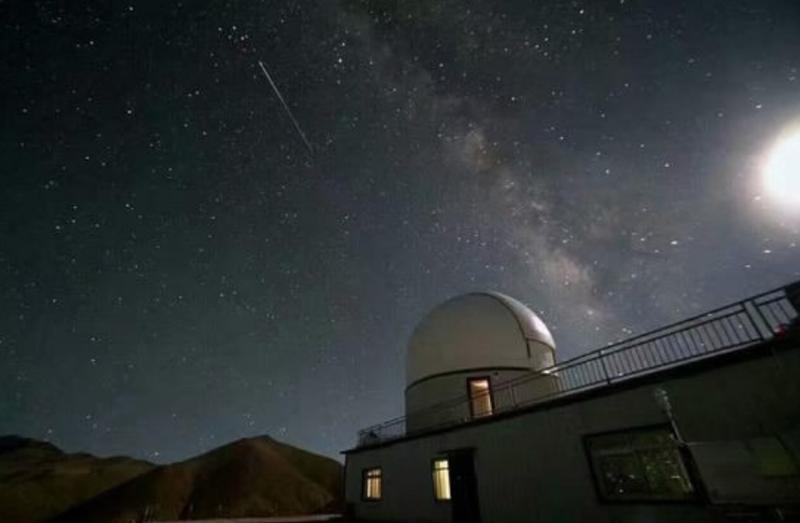 LHASA - Chinese scientists are working to set up the world's largest refracting telescope in Tibet autonomous region for observing stars and planets.

Scientists will use the refractor to carry out sky surveys, including monitoring near-Earth asteroids

Construction for the optical telescope, with a 1-meter aperture, has already started in the regional capital of Lhasa, said Wang Junjie, deputy director of the regional department of science and technology.

With its high altitude and clear sky, Tibet is said to be one of the world's best spots to observe celestial bodies.

A refracting telescope is an instrument that uses a combination of lenses to produce images of distant objects in space that would not be visible with the human eye.

Scientists will use the refractor to carry out sky surveys, including monitoring near-Earth asteroids, Wang added.

Led by the National Astronomical Observatories under the Chinese Academy of Sciences, the telescope project also involves astronomical science popularization. Scientists can use the internet to display images, videos and interactive features from the unique perspective of the large telescope.

The 1-meter refractor will be mounted on a planned regional planetarium, which is likely to start construction this year and emerge as the world's highest astronomical observatory upon completion, according to Wang.