White House confirms having reached out to DPRK 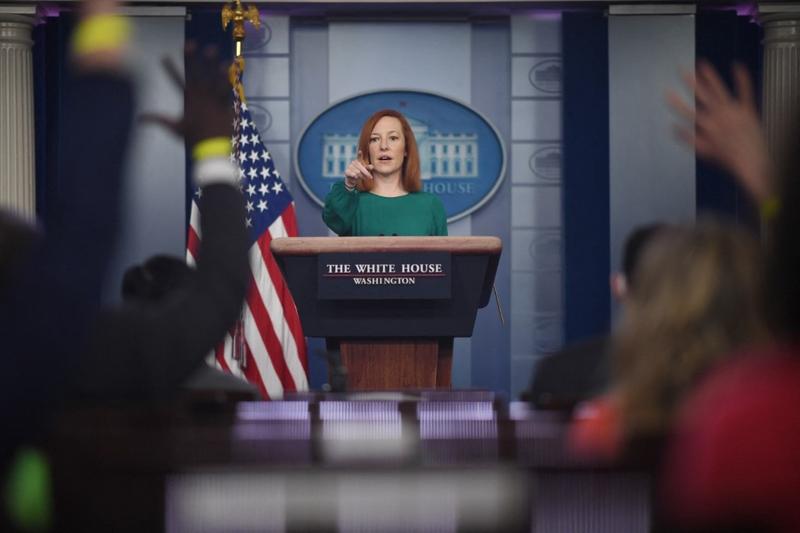 White House Press Secretary Jen Psaki answers questions as she speaks during the daily press briefing on March 15, 2021, in the Brady Briefing Room of the White House in Washington, DC. (ERIC BARADAT / AFP)

WASHINGTON - The White House confirmed on Monday that the administration of President Joe Biden has recently reached out to the Democratic People's Republic of Korea (DPRK) but has not yet received a response from Pyongyang.

Psaki said the United States has "not received any response" to date, stressing repeatedly that Washington's priority has been, and remains, "to reduce the risk of escalation" through diplomacy

"I can confirm that we have reached out," White House Press Secretary Jen Psaki said during the daily news briefing when asked by reporters about the matter, adding that the United States maintains a series of channels through which it is able to communicate with the DPRK.

"You can all anticipate that there will be a continued expansion of engagement with partners and allies in the region," the press secretary told reporters.

US Secretary of State Antony Blinken and Secretary of Defense Lloyd Austin arrived in Tokyo on Monday, kicking off a two-leg tour to Northeast Asia that will later bring them to Seoul.

Sung Kim, acting assistant secretary of state for East Asian and Pacific Affairs, told reporters last week that Blinken would discuss the DPRK nuclear issue with his Japanese and South Korean counterparts during the ongoing trip.

Kim said that the US commitment to seeking a complete denuclearization of the Korean Peninsula has not changed.