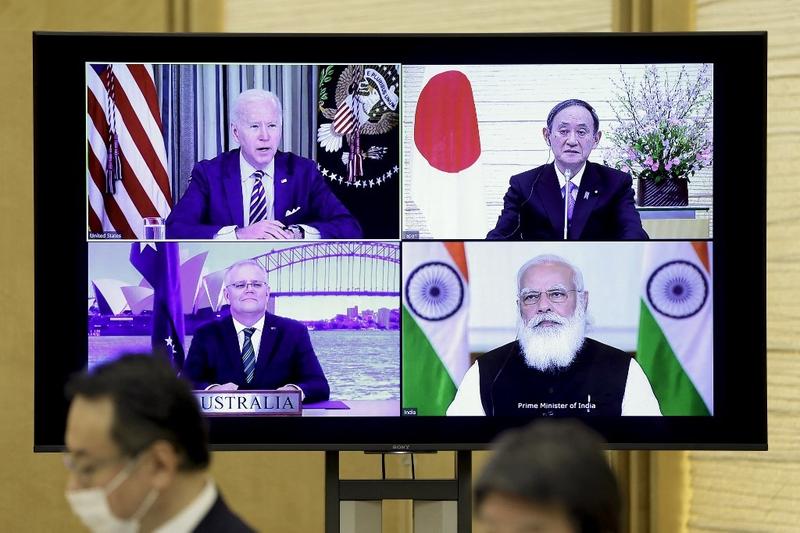 WASHINGTON - US President Joe Biden on Friday met virtually with leaders of Japan, India, and Australia over COVID-19, climate change, and other regional issues.

A joint statement following the meeting said the four countries, known as "the Quad," would cooperate to expand vaccine production.

"The Quad" committed to delivering up to one billion doses (of COVID-19 vaccine) to ASEAN, the Indo-Pacific, and beyond by the end of 2022, said Biden's National Security Advisor Jake Sullivan

"The Quad" committed to delivering up to one billion doses to ASEAN, the Indo-Pacific, and beyond by the end of 2022, Sullivan said.

According to a fact sheet released by the White House, the four countries would launch working groups on climate change and critical and emerging technology.

Leaders also discussed the denuclearization of the Democratic People's Republic of Korea, the situation in Myanmar, and maritime security, said Sullivan.

"The way that we look at this is that the Quad is not a military alliance. It's not a new NATO, despite some of the propaganda that's out there," he noted.

The virtual meeting on Friday was the first time that the four countries gathered at the leader level. The joint statement said that leaders of the group would hold an in-person summit by the end of this year.

ALSO READ: China to continue working with other nations to defeat pandemic