By ​Ma Si and Zhong Nan 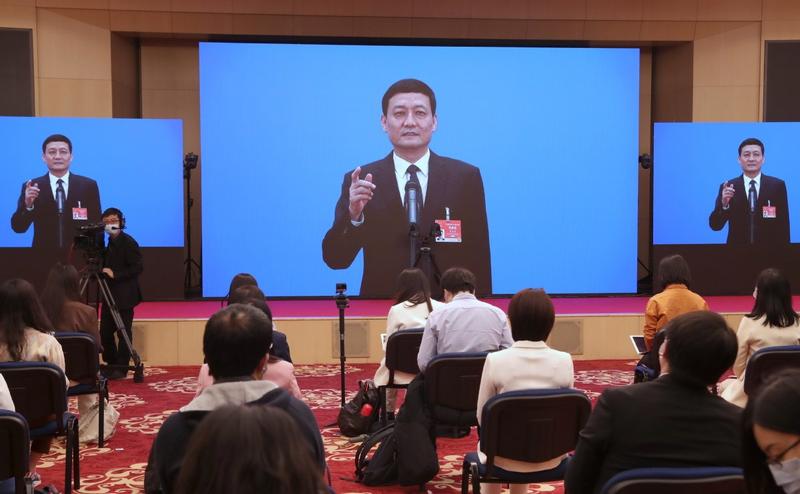 China will make efforts to stabilize the proportion of the manufacturing sector in its GDP, and ensure that the sector can be relied upon in critical times, the top industry regulator said on Monday.

Promoting high-quality growth of the manufacturing industry is a major strategic task in China's economic development at present and in the future, said the former minister of industry and information technology

Xiao Yaqing, minister of industry and information technology, said more efforts will be made to ensure high-quality development of China's manufacturing sector and improve the quality of its products and services.

The proportion of the manufacturing industry in China's GDP has gradually declined since 2015. But the bigger background is a continuous increase of China's economic aggregate, and the nation always attaches high importance to the development of manufacturing, Xiao said on the sidelines of the ongoing annual two sessions.

"The manufacturing industry is the lifeblood of the country's economy, and the real economy should be further improved and strengthened," Xiao said.

According to Xiao, it takes a long time to maintain a stable proportion of the manufacturing industry, and more measures are necessary to attract capital and talent to the sector.

Miao Wei, deputy director of the Economic Affairs Committee of the National Committee of the Chinese People's Political Consultative Conference, said on Sunday that China should promote the next level of integration of the innovation and industrial chain, and speed up the improvement of systems and mechanisms that are conducive to high-quality development of its manufacturing sector.

Promoting high-quality growth of the manufacturing industry is a major strategic task in China's economic development at present and in the future, said the former minister of industry and information technology. In the four-tier structure of global manufacturing business, China is in the third echelon, and it will take at least three decades to achieve the goal of becoming a manufacturing powerhouse, said Miao.

Even though China's manufacturing industry has made great achievements in recent years, it still faces the challenge of being big but not strong, he said, adding many fundamental capabilities of are still weak and key core technologies are restricted by other economies.

A notable decline of manufacturing business in China's GDP will not only drag down the current economic growth and affect urban employment, but will also generate potential industrial safety hazards, and weaken the country's anti-risk capabilities and international competitiveness, Miao added.

Under such circumstances, China must deepen reform of the scientific and technological system, scientifically allocate resources, promote the deep integration of the innovation chain, industrial chain, policy chain, capital chain and the talent chain in the next stage, he said.

Lei Jun, CEO and founder of Xiaomi Corp and a deputy to the 13th National People's Congress, said that to promote smart manufacturing, the government should create a stable, predictable macro policy environment, and promote cooperation among enterprises, universities and research institutes.