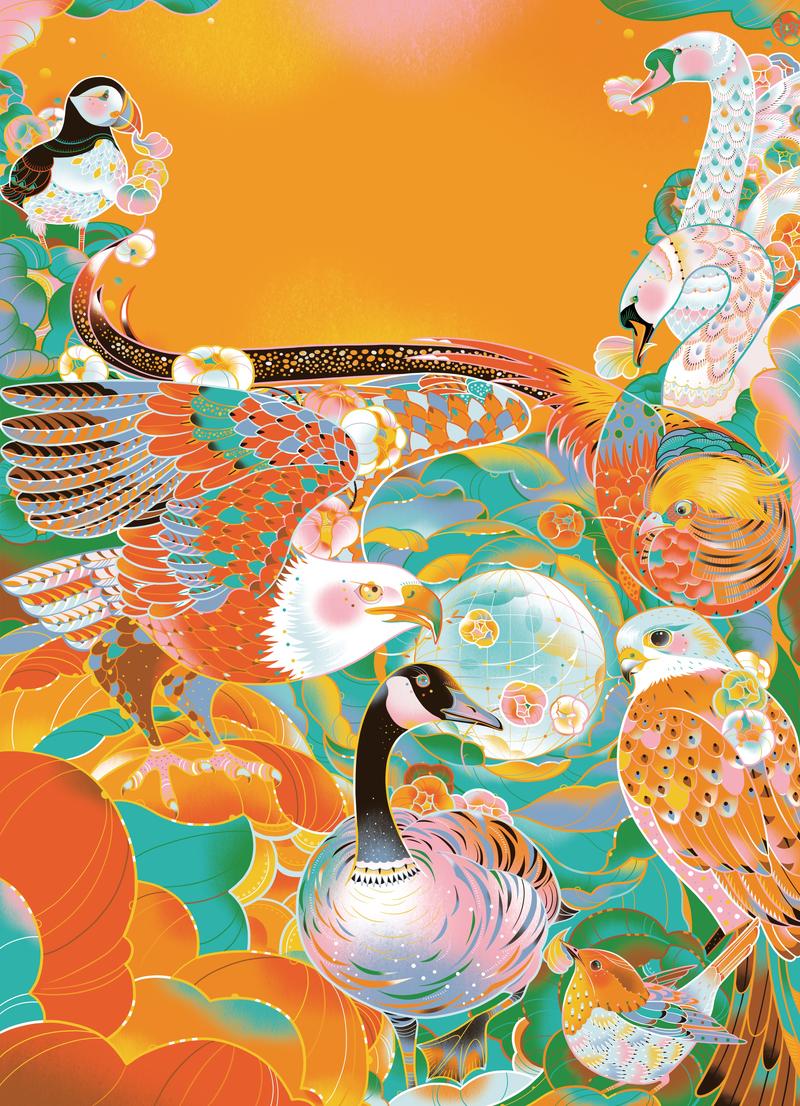 China is a nation with a true global vision and a genuine desire to build a framework of international cooperation, according to experts.

They were speaking as the country’s big annual two sessions meetings, which will set China’s future course, was taking place in Beijing.

They pointed to President Xi Jinping, also general secretary of the Communist Party of China Central Committee, reiterating his commitment to a community with a shared destiny for mankind in his speech to the World Economic Forum in January and contrasted it with US President Joe Biden’s concept of “extreme competition” between nations.

John Ross, senior fellow at the Chongyang Institute of Finance at Renmin University of China, said the contrast could not be more stark.

“Xi’s concept of a common destiny … recognizes that societies and countries are interdependent and need to cooperate. This creates the possibility of mutual advantage and a win-win outcome,” he said.

Ross added that while Biden’s position might not be the “zero sum game” followed by his predecessor Donald Trump, under which for one country to win another has to lose, it fails to emphasize that countries need to work together.

“It rejects the extreme statements of the Trump administration but does not accept that the most fundamental relations between countries should be based on cooperation as set out by Xi,” he said.

He Weiwen, a former economic and commercial counselor at the Chinese Consul Generals in New York and San Francisco, said it is often underestimated how powerful Xi’s shared destiny message is with emerging countries and the Global South, in particular.

“Under this goal, China wants to devote itself to peace and development for all countries, leading to prosperity for all (countries), whether they are big or small. It is a very constructive vision,” he said.

He believes that by asserting that “America is back”, Biden remained committed to a world in which the United States maintained world dominance and had hegemony.

“It is not for the common interest of all countries in the world. In fact, it might be to the cost of some of them. It sees China as the greatest obstacle to it getting its own way,” he added.

Koh King Kee, president of the Centre for New Inclusive Asia, a Kuala Lumpur-based think tank, agrees that China is now the country with the big vision.

“It is saying that we are all part of the global village and that no one civilization is superior to another. It believes diversity is the foundation for peaceful co-existence. China envisions a world order that is fair, equitable and just, built upon the spirit of openness, inclusiveness, and mutual respect,” he said.

In his address to WEF virtual event in January, Xi strongly defended multilateralism.

“Multilateralism is about having international affairs addressed through consultation and the future of the world decided by everyone working together. To build small circles or start a new Cold War, to reject, threaten or intimidate others, to willfully impose decoupling, supply disruption or sanctions, and to create isolation or estrangement will only push the world into division and even confrontation,” he said.

UK Prime Minister Boris Johnson, who is hosting the G7 Summit in Carbis Bay, Cornwall, England in June, is proposing a new D10 grouping of existing G7 countries (US, the United Kingdom, Germany, Japan, Canada, France and Italy) with Australia, South Korea and India, who would be invited to join the new larger grouping.

Mario Cavolo, a leading China expert and CEO of the M Communications Group, believes the creation of a D10 would only serve to make the West look weak.

“Moves such as a D10 gathering to get together and gang up on China only shine a light on the already exposed weaknesses of these countries while also shining a light on how well China continues to forge ahead despite such efforts,” he said. 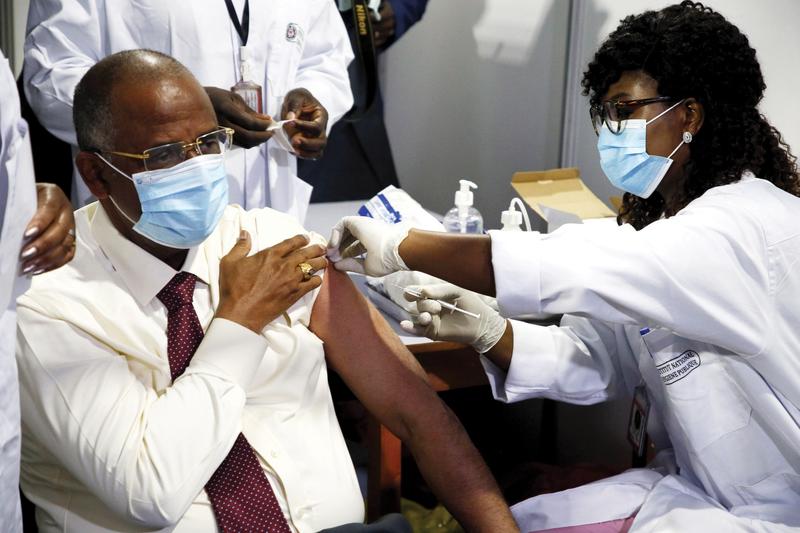 Martin Jacques, the academic and author of When China Rules The World, said the D10 idea was driven by the so-called Five Eyes security grouping made up of the US, UK, Canada, Australia and New Zealand.

“This is not a statement of strength but rather weakness and retreat: a shrinking Anglo-Saxon faction. They share Anglo-Saxon roots, four were settler colonies, and English is common to all,” he said.

“Politically and intellectually moribund, they are hanging on to the past. Their anti-China crusade is a lost cause. It is time for new thinking. The West must embrace the world as it is becoming, not as it was. Otherwise it will only hasten its own decline.”

Wang Huiyao, president and founder of the Center for China and Globalization, a Beijing-based independent think tank, believes it will be difficult for D10 to get off the ground.

He had just participated in the Munich Security Conference and said the ideas underlying such a new grouping were far from the mood of the meeting.

“It is just based on Cold War ideology trying to use ‘democracy’ as a dividing line when that line in itself is far from clear. The old NATO and Warsaw Pact era has well and truly gone,” he said.

“If there is to be a new grouping the G7 should add both China and India and also bring back Russia. That would make far more sense.”

Ross, also a former economic adviser to former London mayor Ken Livingstone, agrees that any new grouping must include China to actually work.

“The proposal by Britain is, in fact, an admission that the old grouping of the G7, that is solely of the old advanced economies, is now too weak to be a deciding factor in world politics and economics. This was already shown during the international financial crisis in 2008 after which the G20, of which China belongs, de facto replaced it.”

Europe, in particular, seems reluctant to follow a containment strategy of China. The EU signed up to a Comprehensive Agreement on Investment with China in December and clearly sees the value of its commercial relationship with China.

China is also forging an increasingly close relationship with Central and East European countries, being the most proximate to China on the Eurasian land mass and a key link for the Belt and Road Initiative.

In addressing the China Central and Eastern European Countries Summit in February, President Xi said China would aim to import US$170 billion of goods from CEE countries over the next five years. Since the formation of the cooperative organization nine years ago, trade between China and the CEE has increased 85 percent.

“With its focus on real results, China-CEEC cooperation has served the purpose of supporting our respective development and bettering the lives of our people,” Xi told the summit.

Ross said Europe as a whole was taking a different position to China than the UK.

“Britain, after Brexit, has moved further to subordinate itself to the US — banning China’s company Huawei from its 5G system, embarking on provocative measures such as announcing it will send an aircraft carrier to the Pacific,” he said.

“But, of course, the EU is a much more significant economic and political force than Britain, so overall it may be said that the EU and Europe is refusing to go along with a new cold war against China.”

Cote d’Ivoire and Ghana started their vaccine rollouts on March 1 through the UN-partnered COVAX initiative. COVAX is co-led by the Coalition for Epidemic Preparedness Innovations; Gavi, the Vaccine Alliance; and the WHO, working in partnership with UNICEF as well as the World Bank, manufacturers and civil society organizations, and others. (PHOTO / XINHUA)

He, the former trade diplomat, said Europe wants good relations with China and has no interest in perpetuating the US’ global hegemony.

“Why the US wants to contain China is to maintain its world hegemony. That, however, is the US’ concern and not Europe’s. A large part of Europe’s economic future is dependent on Asia with China very much the center of that. It would be stupid to sacrifice Europe’s future just for the interests of the US,” he said.

Parag Khanna, a global strategist and author of The Future is Asian, said China is a major opportunity for Europe that it is not going to miss out on.

“The EU wants to take the lead on exports into China, it wants to gain access to asset management and other activities in China, and also gain greater market share in Belt and Road related projects,” he said.

Khanna said that despite some of the political rhetoric from Washington, US companies also want to do the same. A number of leading Wall Street names have established major operations in Shanghai over the past year.

“In this sense, Europe competes directly with the US. Geopolitical allies can be geoeconomic competitors,” he added.

Xi made clear in his address to the WEF the importance of prioritizing the development needs of the Global South.

“Today, inequality continues to grow, the North-South gap remains to be bridged, and sustainable development faces severe challenges. As countries grapple with the pandemic, their economic recoveries are following divergent trajectories, and the North-South gap risks further widening and even perpetuation,” he said.

Unlike many of the rich Western countries, China has made available its vaccines to the developing world even before its own citizens, recognizing their greater need given that the virus within its own borders is controlled.

It has supplied vaccines to many African countries as well as to Latin America, South East Asia and CEE countries, some of which are EU members.

China’s State Councilor and Foreign Minister Wang Yi made clear China’s approach to the United Nations Security Council meeting on Feb 18 and said it was wrong that high-income countries had almost all the supply and the poorest none at all.

“We should come together to reject vaccine nationalism, promote fair and equitable distribution of vaccines, and in particular, make them accessible and affordable for developing countries, including those in conflicts,” he said.

Koh at the Centre for New Inclusive Asia said China has led the way, fully signing up to the World Health Organization-led COVAX vaccination program right from the start in October last year in contrast to the US, which only signed up in January.

“In prioritizing delivery of vaccine to developing countries, China is upholding its world vision that mankind is a community with a shared future. Coronavirus is a common enemy of mankind. No one is safe until everyone is safe,” he added.

Cavolo, the China commentator, said China has been in a strong position to lead on this issue because it has been successful in controlling the virus and has emerged economically stronger as a result.

He said its work in supplying vaccines will only serve to bolster its relations with developing countries.

“Will such help when needed lead to the forging of stronger bilateral relationships and greater cooperation in the future? Of course it will,” Cavolo said.

Ross believes that, in contrast, the West is undermining its relationship with the Global South.

“The position taken by the ‘rich’ countries, the US and EU, on vaccines is a disgrace and shows the complete hypocrisy of their claim to stand for human rights,” he said.

Whatever the outcome of the global vaccine rollout, the world will face major challenges over the next decade in relation to the post-pandemic recovery, huge debt levels and global climate change.

Wang at CCG said it should be evident from the two sessions that many of the bigger ideas come from Beijing.

“China understands the big picture. It is not weighed down by ideology and believes so much more can be gained by greater international cooperation,” he said.