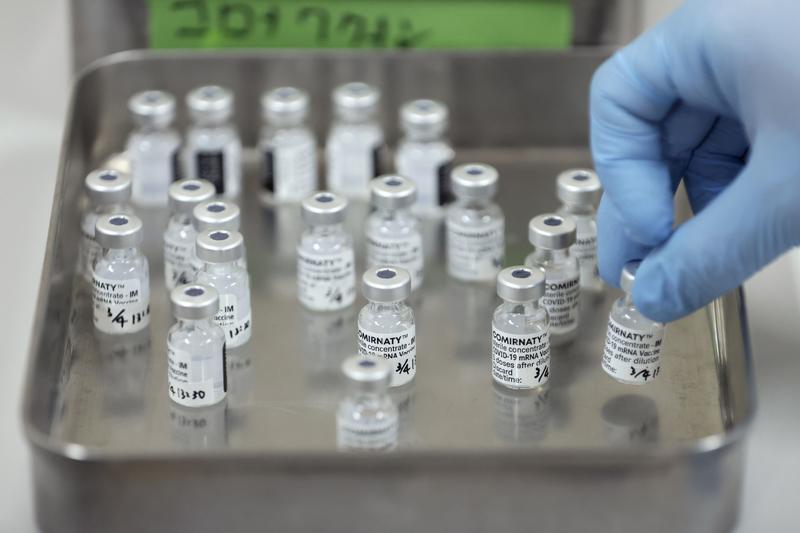 This undated photo shows vials of the Pfizer-BioNTech vaccine on a tray. (PHOTO / BLOOMBERG)

Europe’s vaccine blunders are alarming some of the world’s top investors, who see economic growth imperiled by a slow pace of business reopenings.

While the region’s stocks are riding the global rally and faring well against the selloff in US big tech, prolonged lockdowns threaten the economic recovery. Investors are taking notice. European equity funds have recorded three weeks of outflows, with Bank of America Corp. and BlackRock Investment Institute warning that the continued virus outbreak could hurt trading strategies in the single-currency bloc.

“The Europeans desperately need to accelerate the pace of their vaccine rollout if they want to get a handle on the virus,” said Seema Shah, the London-based chief strategist at Principal Global Investors Ltd., which manages US$544 billion. “Bureaucracy and confused messaging from governments has weighed on the process.” 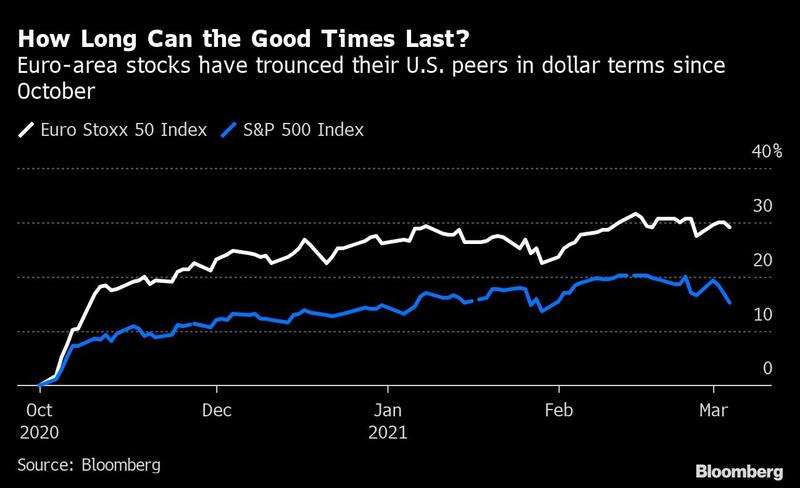 Plagued by political infighting, supply disruptions and public resistance, continental Europe is far behind in distributing the vaccine. The EU has administered 8 doses per 100 people, compared with 33 for the UK and 25 for the US, according to Bloomberg’s Coronavirus Vaccine Tracker. A delay of one to two months in reopening could cost the EU economy between 50 billion and 100 billion euros in lost output, according to calculations by Bloomberg Economics.

“At the risk of sounding like doomsdayers, we unfortunately have to repeat that the sluggish pace of vaccination continues to jeopardize the recovery in the eurozone,” wrote Peter Vanden Houte, chief economist at ING Belgium SA in Brussels.

European equity funds have recorded three weeks of outflows, with Bank of America Corp. and BlackRock Investment Institute warning that the continued virus outbreak could hurt trading strategies in the single-currency bloc

There is some progress. In Germany, the infection rate in people over the age of 80 has plummeted by about 80 percent since late December as doctors prioritize giving shots to the elderly. Thanks to new supply pacts and increased production, the EU may be able to vaccinate 75 percent of its adult population by the end of August, about two months earlier than previously forecast, according to London-based research firm Airfinity Ltd.

In the eyes of investors, that could still be too late. “These are the critical summer months,” wrote Bank of America strategists including Athanasios Vamvakidis. “Losing a second tourist season is a risk for the EU.”

The bank expects the euro to weaken to US$1.15 by year-end from a current level of US$1.19, citing “American exceptionalism” as the driving force. The US is vaccinating people faster and its total fiscal support is up to six times greater than the EU’s recovery fund. Plus, American shoppers have saved more money to spend after the pandemic, Bank of America strategists said. 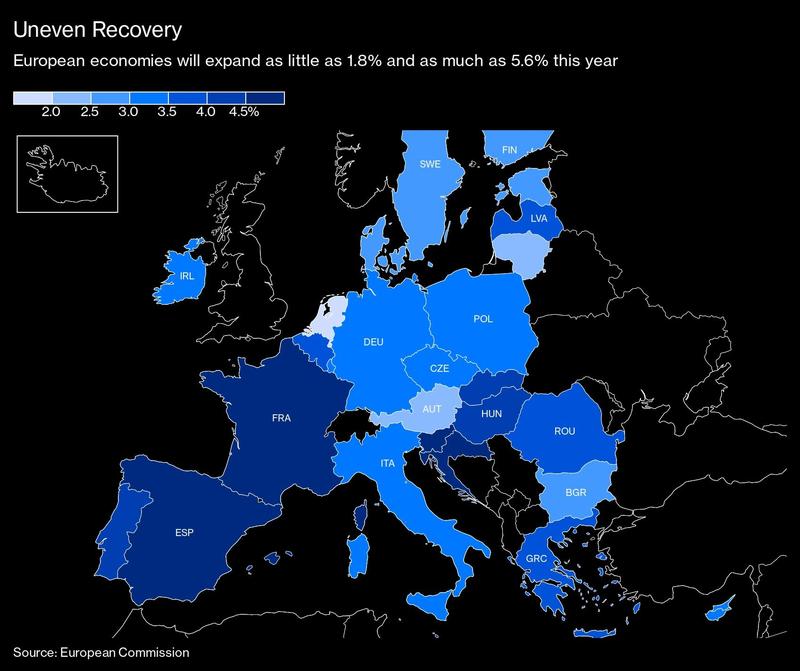 The rally has left European stocks looking expensive relative to the UK, and by some measures stocks are already pricing in a full recovery. The Euro Stoxx 50 index is trading at 18 times estimated earnings, compared with 14 times for the FTSE 100.

The Stoxx 600 Travel and Leisure Index is near pre-pandemic levels, despite depressed earnings and warnings that business travel won’t return anytime soon. Deutsche Lufthansa AG said it could take until the middle of the decade for business to fully recover.

“Valuations are very high,” said Miguel Angel Garcia, chief investment officer at Diaphanum Valores in Madrid. “We have reduced our exposure to European equities recently and are currently underweight.” 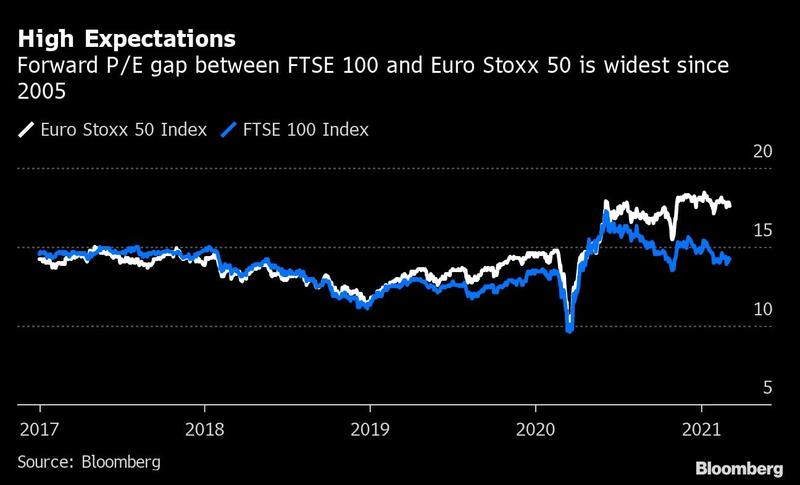 Of course, there’s a bull case for some sectors, even in a slow growth environment. Banks are the third-biggest industry weighting in the Stoxx 600 and stand to profit from rising bonds yields and booming markets for IPOs.

“At a security level, we are finding plenty of opportunities,” said Suzanne Hutchins, a portfolio manager at Newton Investment Management. On an index basis, “European equities are more challenged.”