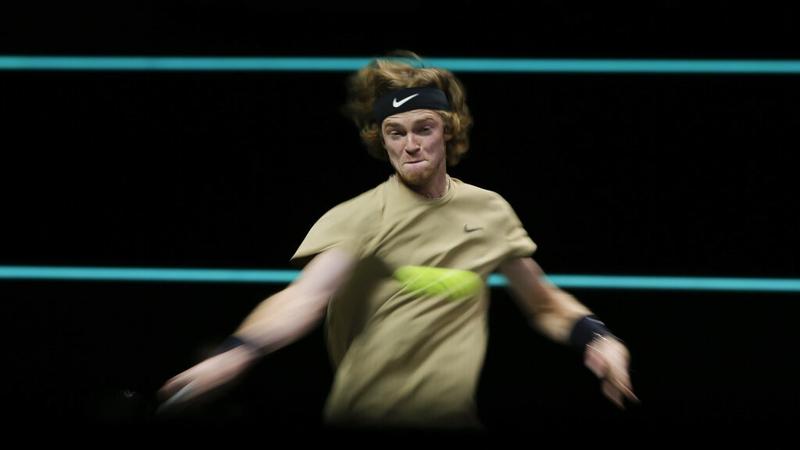 No. 4 seed Andrey Rublev of Russia toppled No. 2 seed Stefanos Tsitsipas of Greece 6-3, 7-6 (2) on Saturday to advance to his fourth straight ATP 500 final at the ABN AMRO World Tennis Tournament in Rotterdam, Netherlands.

Rublev, who struck 34 winners and saved all five break points, will face unseeded Croatian Borna Coric, a 6-4, 6-1 winner against Hungary’s Marton Fucsovics in the other semifinal. Rublev owns a 4-0 head-to-head record against Coric.

Schwartzman advanced with a 6-0, 6-4 victory against No. 4 seed Miomir Kecmanovic of Serbia, while the 22-year-old Cerundolo clinched his first ATP Tour final with a 7-6 (5), 3-6, 6-2 win against No. 5 seed Albert Ramos-Vinolas of Spain.

Schwartzman, who hasn’t dropped a set this week in his hometown, is seeking his first title on home soil following runner-up finishes at Buenos Aires in 2019 and Cordoba in 2020.