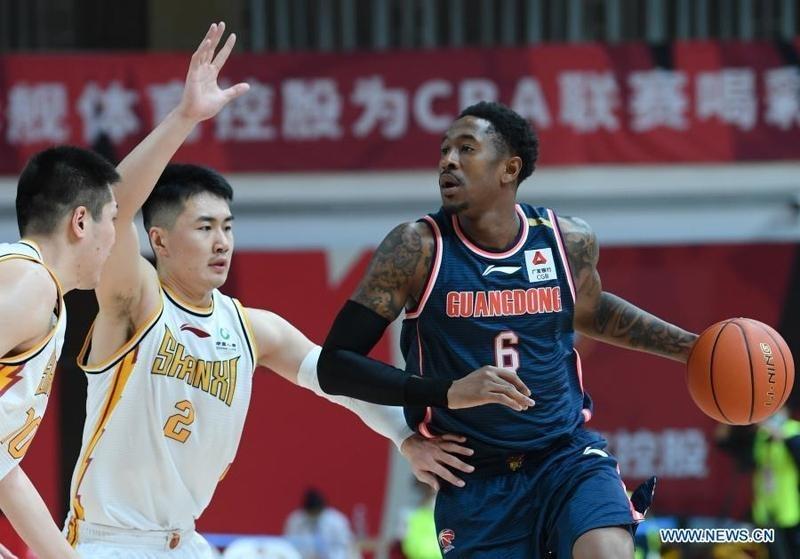 Brooks went 14 for 26 from two-point range in an efficient performance. Sonny Weems scored 18 points and Xu Jie had 13 for Guangdong, which has the longest active winning streak in the CBA.

Shi Hongfei scored 24 points and Wu Guanxi had 22 but the Dragons couldn't sustain the momentum of an almost prefect one and a half periods of the second half.

Guangdong led 27-19 in the first quarter. Jiangsu narrowed the gap to two at the start of the second period but never seemed like a serious threat to overtake the defending champion. Before the half break, Brooks' three-pointer gave the Southeast Tigers a 59-48 lead.

Jiangsu cut the deficit to two in the fourth period by a barrage of three-pointers from Shi, but Zhao Rui responded a crucial layup and Zhou Peng hit a three-pointer, bringing a 7-0 point dash to Guangdong and putting the game beyond their rivals'' reach.

In the other game played on Friday, the Qingdao Eagles smashed the Fujian Sturgeons 117-97. After a tight first half, Qingdao began to gain the upper hand on court.

In the beginning of the last quarter, Zhao Dapeng and Lin Weihan connected one each from beyond the arc, helping Qingdao to build a double-digit advantage and pocket the victory.