A culture of success

The Bay Area is primed to add ‘global culture destination’ to its resume, and the region’s leaders are plowing ahead to achieve the goal by 2035. Zhou Mo reports from Shenzhen.

The once-buzzing hives of culture and leisure in the Guangdong-Hong Kong-Macao Greater Bay Area have been silenced by the coronavirus, its sweeping attacks gutting museums, galleries, theaters, hotels and restaurants of the visitors who are vital to the life cycle of this reciprocal ecosystem.

Without question, the situation is dire. But there is good news. The pandemic will be defeated and when it is, the stage will be set to put in motion a wide-ranging plan that will unleash the region’s potential and see it become a world-class tourism destination, an exchange hub for culture of the East and the West, and Hong Kong strengthened as an international cultural metropolis and tourism hub.

The Culture and Tourism Development Plan for the Guangdong-Hong Kong-Macao Greater Bay Area, released on Dec 30, lays out guidance to develop the Bay Area into a habitable, entrepreneur-friendly area and a tourist destination by 2035, by which time it will have achieved high-quality development of culture and tourism, with cultural soft power being strengthened and tourism competitiveness being enhanced.

The plan, jointly conceived by the Ministry of Culture and Tourism, the Office of the Leading Group for the Development of the Guangdong-Hong Kong-Macao Greater Bay Area and the People’s Government of Guangdong Province, envisions a cultural hub and travel mecca featuring multi-destination tours, art festivals and international sport events.

Wang Yang, founder of Shenzhen Reading Club, a non-profit organization that promotes cultural development, says he has organized thousands of cultural events in the city since he started the venture in 2007.

“A major change you can see in the past few years is that people here are more and more willing to consume culture, and this trend will only accelerate in the coming years,” Wang said, citing a boom in new bookstores as an example.

Just three years ago, not all Shenzhen’s shopping malls had bookstores in them. But now nearly every major mall in the city has one, he said. “You can also see the change from the 2020 Shenzhen Book Fair. In just 10 days from late-November to early-December, onsite book sales hit a record 20 million yuan (US$3 million) even amid the coronavirus pandemic.

“This shows that cultural consumption has become an important part of people’s lives in Shenzhen. With economic improvement of living standards, demand for cultural life is becoming bigger and bigger.”

Shenzhen’s picture reflects the huge development potential in the Bay Area’s cultural market. According to a 2019 report by Tencent Research Institute, the research arm of internet giant Tencent, added value of the Bay Area’s cultural and related industries reached 545.8 billion yuan in 2018, growing 8.5 percent year-on-year. This accounted for nearly 5 percent of total GDP of the area, which comprises nine cities in Guangdong province plus the Hong Kong and Macao special administrative regions.

Having made great economic achievements over the years, the Bay Area hopes also to make big strides in cultural development, said Wei Xiang, an associate professor of the National Academy of Economic Strategy at Chinese Academy of Social Sciences. 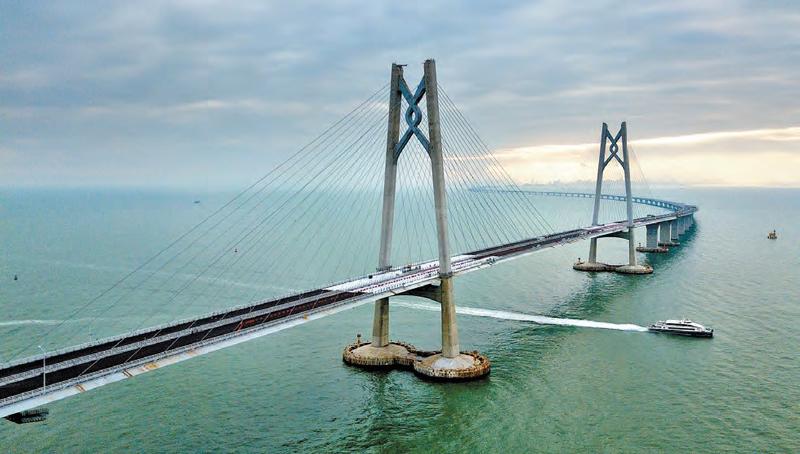 He pointed out that the Bay Area’s cultural products are not prominent on the national level. “The plan gives new answers to how its cultural and tourism sectors should develop as the Bay Area pushes forward with a regional upgrade through economic integration,” Wei said.

One answer, suggested by the plan, is to deepen integration between culture and tourism. The document said it will promote integrated development of the two industries by developing several world-class tourist sites with cultural connotations and cultivating leading enterprises in the field.

It will also support building a national demonstration area for integrated development of culture and tourism.

“There’s little shared sense of cultural industry across the Bay Area, and culture and tourism are rarely thought of together,” said Brian King, associate dean of the School of Hotel and Tourism Management at Hong Kong Polytechnic University. “To realize the vision of the plan will take a major change of mindset.”

Authorities in each of the 11 Bay Area cities will now identify their unique cultural attributes as well as consider their positioning as tourist destinations, he said. 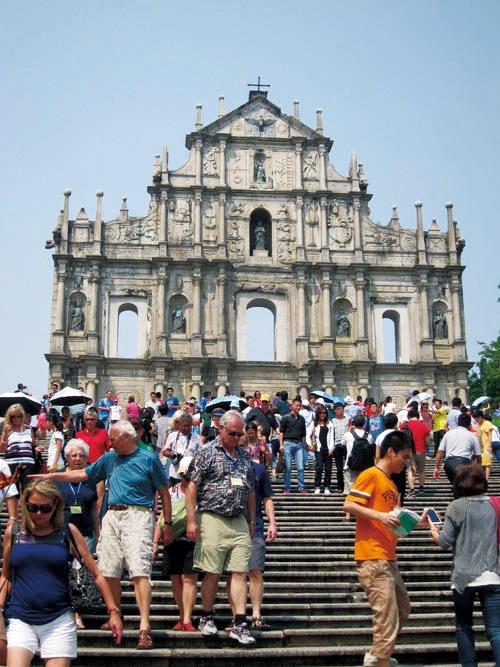 The Ruins of Saint Paul’s, in Macao. (PHOTO PROVIDED TO CHINA DAILY)

For market players in Hong Kong and Macao, the Bay Area plan presents a historic opportunity for them to give full play to their unique strengths and develop business in a much larger market.

“Based on the guiding directions of the plan, the HKSAR government will proactively integrate into the country’s overall development,” the spokesman said.

The government will also work hand in hand with relevant mainland authorities to implement the major work in the plan to develop a world-class Bay Area for culture and leisure, according to the statement. 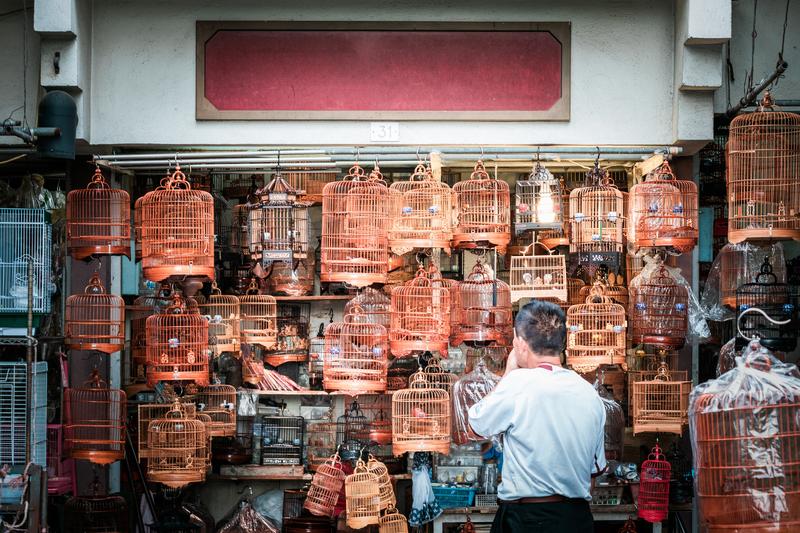 A large service base will be set up in Guangdong to provide logistical and technical support for performing arts institutions from Hong Kong and Macao to facilitate their performances across the border.

Eligible art organizations and art workers from Hong Kong and Macao will be allowed to apply for subsidized projects of the China National Arts Fund directly.

On tourism, Hong Kong and Macao will be supported to strengthen cooperation with the mainland on promoting multi-destination tours, developing cruises and yachting tourism, carrying out market regulation operations, as well as nurturing professional talent. 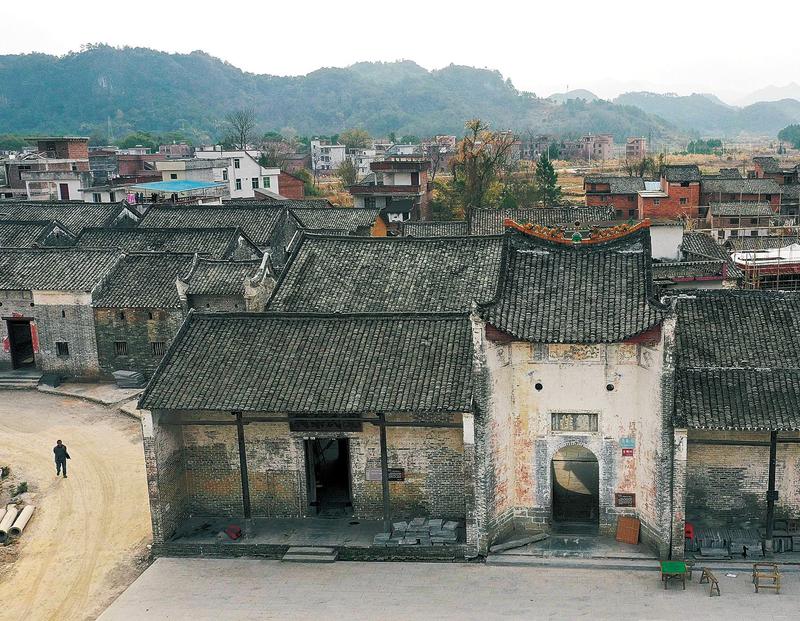 Some have already been carried out. For example, in September, the Bay Area cities signed an agreement in Guangzhou on jointly promoting market regulation of the tourism industry, a move aimed at perfecting the market environment to pave the way for healthy and sustainable development.

Yiu Si-wing, the Hong Kong lawmaker representing the tourism sector and chairman of China Travel Services (Hong Kong) Ltd, said Hong Kong has an edge in developing tourism and a major reason for that is that it has a sound transportation network.

While the city has developed land and sea routes to the Chinese mainland and Macao, it also boasts more than 200 air routes externally, the most in the Bay Area, he said.

As the region promotes multi-destination tours, Hong Kong will play a significant role in the process as an international aviation hub, Yiu said.