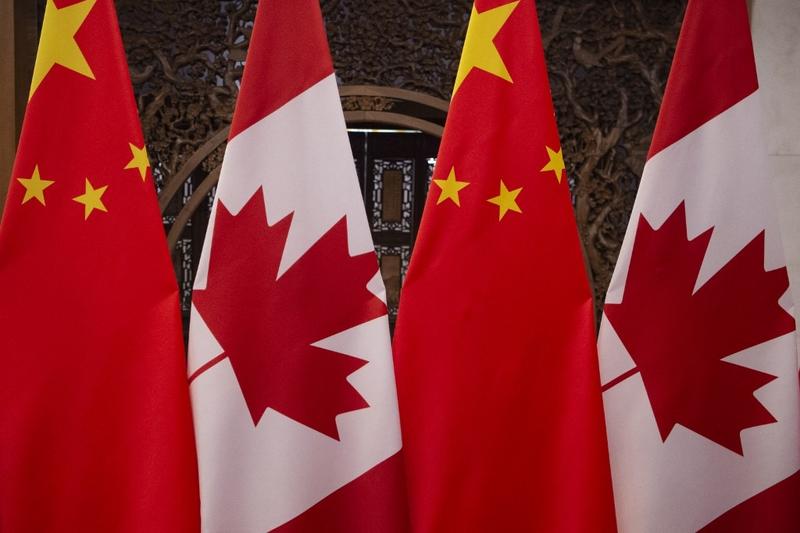 Relations between Canada and China have hit rock bottom since Chinese telecom executive Meng Wanzhou was arrested in 2018, and Canada's recent actions over the Xinjiang region could further harm the bilateral relationship.

That's why it is critical for Canada to revisit its policies and examine opportunities for pragmatic engagement with China, according to political experts.

Members of the Canadian Parliament voted on Feb 22 to label China's treatment of the Uygur Muslims a "genocide" and to call on the Ottawa government to formally adopt that position, without the support of the Liberal Party cabinet.

The Chinese embassy in Canada soon afterward issued a statement condemning the "disgraceful move", noting that Xinjiang's GDP and the population of the Uygurs there have expanded and increased dramatically over the past 60 years.

Paul Evans, a professor of public policy and global affairs at the University of British Columbia, said the relationship between the two countries is in a "painful moment".

We need to engage our China discussion in a new and more active way - even if it's dangerous and risky to be labeled as pro-China - it is not a healthy environment.

Paul Evans, professor of public policy and global affairs at the University of British Columbia

Although the motion came out of parliamentary committees and does not reflect the Canadian government's official policy, it is a significant turn in the bilateral relationship.

"It demonstrates the negative perspective many Canadians hold toward China, indicates how far our media and information landscape about China have shifted in the last two years," Evans said during a virtual panel discussion "Assessing Canada-China Relations: Challenges and Opportunities", hosted by the Institute for Peace& Diplomacy on Feb 24.

"We need to engage our China discussion in a new and more active way－even if it's dangerous and risky to be labeled as pro-China－it is not a healthy environment," he said. Evans also said that Canada should pursue a foreign policy independent of the US.

Meng, the chief financial officer of Huawei Technologies, was arrested in Vancouver in December 2018 at the request of the US over alleged breaches of US sanctions against Iran. Meng is fighting extradition to the US.

Yuen Pau Woo, an independent senator representing British Columbia, who was former president and chief executive officer of the Asia Pacific Foundation of Canada, pointed out that some Canadian media label China as a "threat" to Canada, which created a "divisive "environment, prone to "reflexive labeling" and denunciation rather than open-minded conversation.

"I suggest seeing China as a 'global neighbor'," said Woo. "You have neighbors that you like, or not like, but you need to find a way to get along with different members of your community."

Graham Shantz, president of the Canada-China Business Council, or CCBC, who first visited China 40 years ago, believes that people-to-people relations are critically important for the success of the relationship.

Shantz told the webinar that 70 percent of CCBC members are small and medium-sized enterprises such as canola farmers and meat and seafood producers, 20 percent are educational institutions, and the remainder are in industries.

"The nature of our memberships has reflected a change in Canada's interests in China," said Shantz. "There are other important dimensions."

Henry Wang, president of the Center for China and Globalization, said there is goodwill toward Canada in China, and vice versa.

"We should give some recognition to China on lifting 800 million people out of poverty－this is the biggest human rights achievement in our time," said Wang.