By ​Jan Yumul in Hong Kong

A medical staff inoculates a man with a COVID-19 vaccine at the BYL Nair hospital in Mumbai on March 1, 2021, as the country begins a vaccination programme for senior people. (INDRANIL MUKHERJEE / AFP)

A few days before the end of last year, Sol Ramel was busy raising funds in Hong Kong on her days off work to help typhoon survivors back home in the Philippines.

It’s clear that policy measures put in place by all ASEAN member states, including strict border control regimes, have had a severe impact on migration flows in the region. It is likely that the numbers of returnees reported officially are underestimates, as many of them cross through unofficial border points.

She was also distributing food packs and winter clothes to newly arrived domestic workers in the city who were quarantined at hotels.

"Because of the pandemic, I was unable to go home for my yearly vacation and charity group mission. However, we can do something to extend our support," said Ramel, who has worked as a domestic helper in Hong Kong for more than 30 years.

Anna Engblom, chief technical adviser at the International Labour Organization's Asia-Pacific regional office in Bangkok, the Thai capital, said migrant workers are among those most affected by the pandemic in the Association of Southeast Asian Nations, or ASEAN, region.

ALSO READ: Half of S'pore's migrant workers in dormitories have had COVID-19

This is because such employees largely work on fixed-term and temporary employment contracts, she said.

Engblom estimates that there are about 10 million migrant workers in the region, of whom nearly 6.8 million have moved from an ASEAN member state. She added that a great deal of intra-ASEAN migration is "irregular and therefore not fully captured by official data".

In Singapore, where he works, R Kannathasan, a mechanical design engineer, heralded the arrival of the new year with friends, instead of with loved ones back home in India. He said that last year he had been "totally separated" from his family.

Migrant workers who have managed to keep their jobs during the pandemic have found themselves facing an unprecedented labor market situation in host countries, along with the impact that the outbreak has had on loved ones in their home nations.

Many have been affected by stringent quarantine rules imposed on travelers, irregular working hours and the prospect of contracting the virus, among other issues.

A recently published report by the ILO estimates that COVID-19 led to the loss of about 81 million jobs last year.

Titled Asia-Pacific Employment and Social Outlook 2020: Navigating the Crisis Towards a Human-centred Future of Work, the report said the impact of the crisis had been far-reaching, with underemployment surging as millions of employees were asked to work reduced hours or not at all.

"Overall, working hours in Asia and the Pacific decreased by an estimated 15.2 percent in the second quarter and by 10.7 per cent in the third quarter of 2020, relative to pre-crisis levels," the report said. 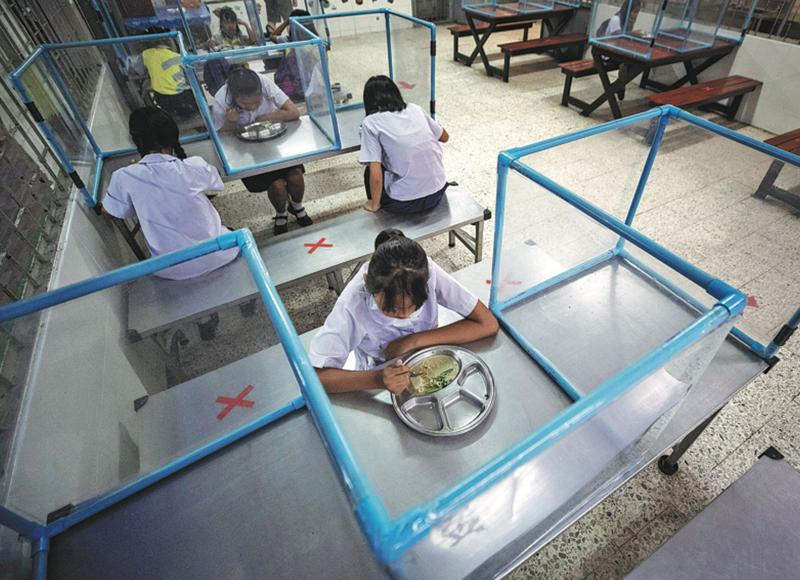 It added that lost working hours were also the result of millions of workers being made unemployed as job creation in the region collapsed.

It also said that 61 percent of these workers were in North America, Northern, Southern and Western Europe, and Arab countries.

Other regions hosting large numbers of migrant workers included Eastern Europe, Sub-Saharan Africa, Southeast Asia and the Pacific, and Central and Western Asia. In contrast, the report said migrant workers comprised less than 1 per cent of the workforce in North Africa.

Rosalyn Mesina, WeEmpower-Asia programme manager at UN Women Philippines, said that during the pandemic it is more expensive and risky for many migrants to return home to their families to celebrate special occasions. This is especially the case for those who need to pay for hotels, nucleic acid tests and quarantine facilities.

Engblom, from the ILO, said that from March last year some migrant workers who had lost their jobs, and those worried about their safety and health and that of their families, sought to return to their home countries.

While no comprehensive data is available for the number of migrant workers who have returned home, she added that reports from Cambodia, Laos and Myanmar indicate that at least 310,000 such employees did so from March to June last year, with most of them coming from Thailand.

"It's clear that policy measures put in place by all ASEAN member states, including strict border control regimes, have had a severe impact on migration flows in the region. It is likely that the numbers of returnees reported officially are underestimates, as many of them cross through unofficial border points," Engblom said.

She added that COVID-19 "has made crossings of international borders significantly more complicated, time consuming and expensive－where at all possible."

Within ASEAN, labor migration, particularly among those working in basic jobs, has largely been halted due to the fear of COVID-19 spreading, she said.

The outflow of migrant workers, particularly in the early stages of the pandemic, led to growing concerns among employers in some sectors, including seasonal agriculture, that it may be difficult to find such employees again.

In response, some governments have allowed smaller numbers of migrant workers back into their labor markets. However, new entry requirements, such as multiple COVID-19 tests and compulsory quarantine orders, have seen migration costs rise sharply and have delayed this process, Engblom said.

She added that workers from host countries are often enrolled in social security plans that include unemployment benefits, or have access to other COVID-19-related economic stimulus packages and policy measures. The vast majority of migrant workers, however, are excluded from such programs.

"We are not going to see regular flows of migrant workers within the ASEAN region before a relatively large part of the population, including, importantly, migrant workers, has been vaccinated. This is likely to take some time," Engblom said.

Reuben Mondejar, professor of China Globalization at the Hong Kong Management Association, said there is no "one size fits all "answer when it comes to assessing the impact COVID-19 has had on countries sending and receiving migrant workers. 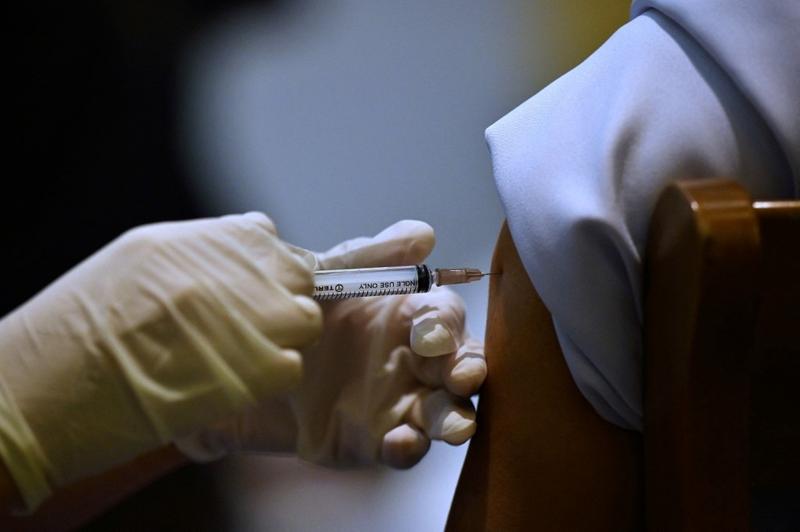 A health worker receives the CoronaVac vaccine, developed by China's Sinovac firm, as the first batch of vaccines to battle the COVID-19 coronavirus are administered to frontline health workers at the Bamrasnaradura Infectious Diseases Institute in Bangkok on Feb 28, 2021. (LILLIAN SUWANRUMPHA / AFP)

"The pandemic has affected host and receiving countries," said Mondejar, who is also president of the Asian Studies Association of Hong Kong.

He added that circumstances such as economic, geopolitical and social factors need to be taken into account.

"Those working in Lebanon, for example, suffered more than others due to the collapse of that country's economy, but other Middle East economies are generally all right," Mondejar said.

Two factors are in play for the economies of countries sending employees to work overseas, he said.

The first is the proportion of GDP that these workers' remittances comprise. For example, in the Philippines, the proportion is about 12 percent, while in other countries, it is between 5 percent and 10 percent, he said.

The second factor is whether the migrant workers can hold on to their jobs, with or without reduced pay.

For Engblom, the pandemic has highlighted systemic weaknesses in labor migration between ASEAN member states. She called for reforms to better protect migrant workers should a similar pandemic emerge.