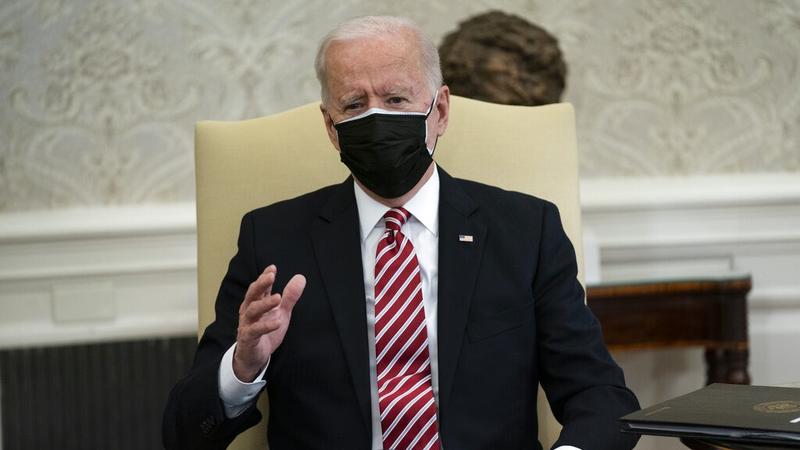 US President Joe Biden speaks during a meeting with labor leaders in the Oval Office of the White House, in Washington, Feb 17, 2021. (EVAN VUCCI / AP)

WASHINGTON - US President Joe Biden on Wednesday revoked an executive action by his predecessor banning legal immigration for family members of US citizens and residents, and diversity visa lottery recipients.

To the contrary, it harms the United States, including by preventing certain family members of United States citizens and lawful permanent residents from joining their families here.

Biden said in a statement that former President Donald Trump's order blocking green card applicants and temporary foreign workers "does not advance the interests of the United States."

"To the contrary, it harms the United States, including by preventing certain family members of United States citizens and lawful permanent residents from joining their families here," Biden said.

"It also harms industries in the United States that utilize talent from around the world. And it harms individuals who were selected to receive the opportunity to apply for, and those who have likewise received, immigrant visas through the Fiscal Year 2020 Diversity Visa Lottery," he added.

The Trump administrationu, which twice extended the suspension that is set to expire on March 31, insisted that the ban was necessary to protect American workers and the US labor market during the coronavirus pandemic.

"The admission of workers within several nonimmigrant visa categories also posed a risk of displacing and disadvantaging United States workers during the economic recovery following the COVID-19 outbreak," Trump said in a proclamation issued last year.