A railway bridge spanning the Mekong River in Laos will link the country with China. The project is due to be completed in December. (PAN LONGZHU / XINHUA)

For Bernard Kervyn, the COVID-19 pandemic has made poverty alleviation an even more challenging task in countries along the Mekong River.

Kervyn, regional director in Vietnam and Cambodia for the nonprofit organization Mekong Plus, said the outbreak has led to a 30 percent rise in the number of people living in acute poverty in the region's rural areas.

Inclusive growth is just a fancy term ... To really make it happen, governments have to get their exact number of poor people ... and identify ways or mechanisms to support them

Due to travel and other restrictions imposed by countries across the region and worldwide to curb the spread of infection, Kervyn has had to scale down, postpone or even cancel fundraising events and poverty reduction projects.

Tight finances meant that costs had to be reduced.

While China announced in December it had achieved its poverty reduction goal as planned, with nearly 100 million people lifted out of penury over the past eight years, other parts of the world, especially countries elsewhere in Asia, are facing the prospect of falling back into poverty.

In East Asia and the Pacific, as many as 38 million people will be living below the poverty line of US$5.50 per day due to the pandemic and the economic toll it is taking, according to the World Bank.

The Asian Development Bank said "developing Asia", where negative growth last year is estimated at 0.4 percent, faces its first economic contraction in six decades due to the pandemic.

In December, the ADB lowered its projection for Southeast Asia, and now expects a 4.4 percent contraction, compared with a September forecast for negative 3.8 percent growth. It also downgraded its outlook for the region this year to 5.2 percent growth, compared with an earlier prediction of a 5.5 percent expansion. 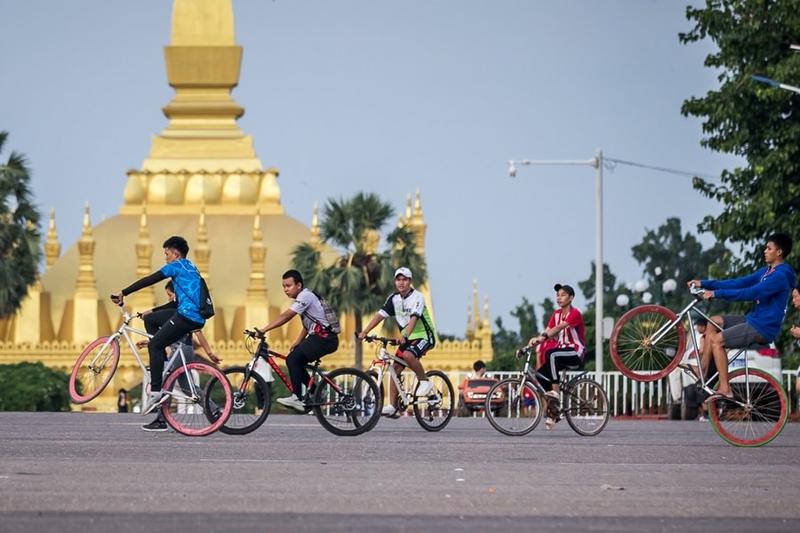 In the Mekong region, which has some of the poorest countries in Asia and globally, the pain has already been felt.

Mekong Plus runs a social enterprise, Mekong Quilts, to help underprivileged women in Vietnam and Cambodia sell their handmade products. Most of these items used to be sold to foreign tourists, but due to the pandemic, the enterprise has seen sales fall by 95 percent, according to its website.

Kervyn said urban workers may be more vulnerable than people in rural areas, as many of them have lost their jobs during the pandemic, but still need to pay for rent and food－costs that have not fallen.

He said that in villages, people are still growing and selling crops, but they have less income than before the pandemic emerged.

No official figures have been released to show the impact COVID-19 has had on poverty in the Mekong region, which comprises Laos, Cambodia, Thailand, Myanmar and Vietnam.

However, Tung Phung Duc, director of the Mekong Development Research Institute, or MDRI, in Hanoi, the Vietnamese capital, said 24 percent of respondents to a recent survey in Vietnam said they had lost their jobs.

Most of them were unskilled employees working in the service sector.

Some 65 percent of households reported that their income had fallen by nearly one-third since the outbreak emerged, according to Tung, who added that most of them were poor or near-poor and many comprised ethnic groups. 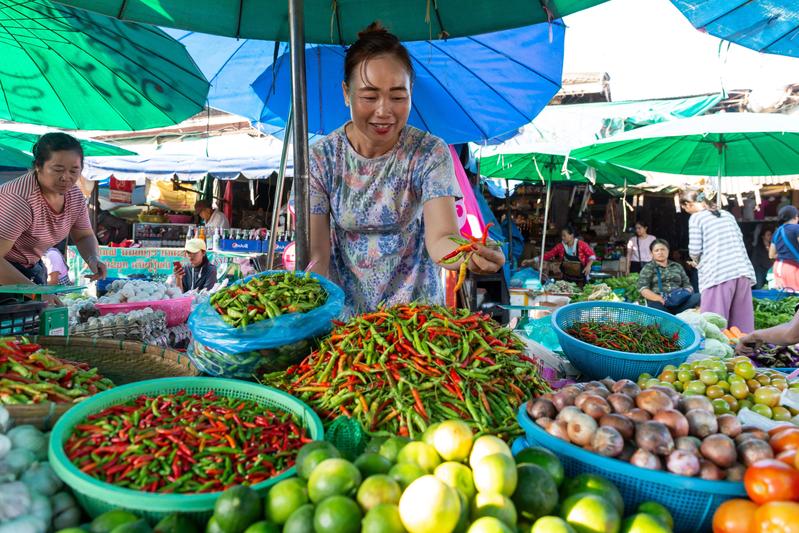 A vendor sells produce at a food market in the ancient town of Luang Prabang, northern Laos. (KAI QIAO / XINHUA)

The Vietnamese economy has outpaced those of many other countries in the region. In addition to China, it likely to be the only other major Asian economy to witness positive growth last year.

The ADB forecast Vietnam's GDP would rebound to 6.1 percent this year. Last year, the country's economy grew by 2.91 percent, according to its General Statistics Office.

Tung said that COVID-19 would have a significant impact on poverty in some countries in the Mekong region, especially Thailand, where the service sector accounts for a large proportion of GDP.

"The most worrisome trend that I can see is that COVID-19 hits poor and near-poor people, as well as unskilled workers who do not have the strategy to cope with this disaster, or any savings," he said. 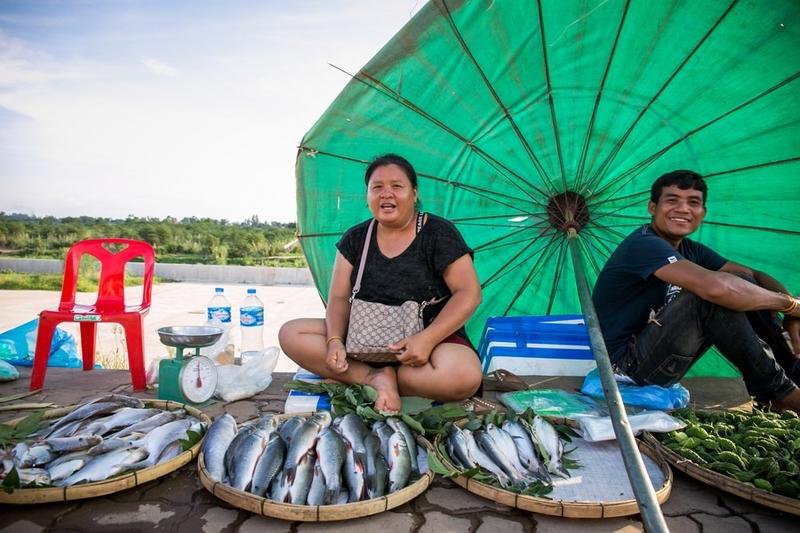 Fish is sold at an open-air market in Vientiane. (KAI QIAO / XINHUA)

Tung added that it would be hard for people to find other jobs during the pandemic, especially those in the service industry, as the sector would need at least five years to recover.

In 2019, Vietnam welcomed a record number of 18 million foreign tourists, generating revenue of US$30.8 billion, according to the online newspaper VnExpress.

The government was expecting such revenue to grow to US$35 billion. However, Nguyen Ngoc Thien, the Vietnamese minister of culture, sports and tourism, said in November that because of the pandemic, the country stood to lose US$23 billion in tourism revenue last year.

Thailand, which derives twothirds of its tourism revenue from foreign arrivals, only saw 1,201 overseas visitors in October, a sharp contrast to the 3.07 million for the same month in 2019, according to Xinhua News Agency.

The Tourism Authority of Thailand said the sector may have to wait until next year to see the market recover to 80 percent of the pre-pandemic level.

Kanokwan Manorom, director of the Mekong Sub-Region Social Research Center, or MSSRC, at Ubon Ratchathani University in Thailand, said, "COVID-19 has exacerbated the woes of already-poor people, especially the chronic poor in urban and rural areas in northeastern areas of Thailand and the Mekong region." 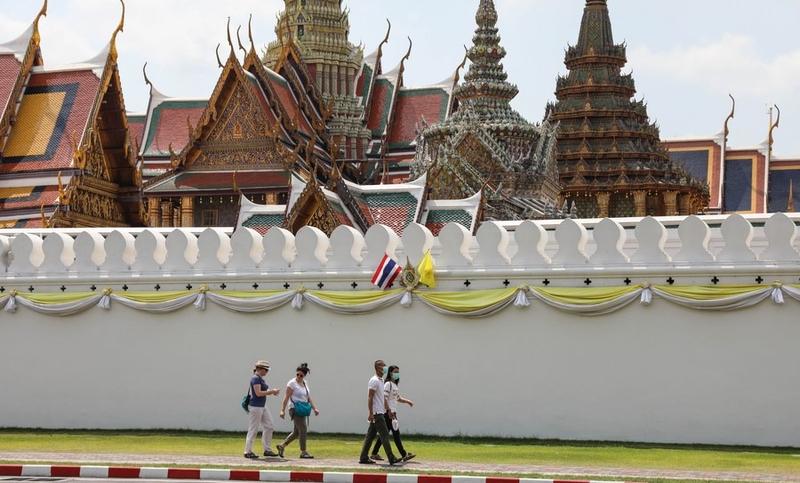 Noting that restrictions on movement imposed during the pandemic have drastically reduced farmers' income, Kanokwan said it is also worrying that relief funding provided by the Thai government has been limited and insufficient to cover the living costs of the poor.

On Jan 19, the Thai cabinet approved an economic support plan valued at more than 210 billion baht (US$7 billion) to aid low-income earners and businesses affected by COVID-19, according to Xinhua. The plan will see the government grant some 31.1 million people 3,500 baht per month in February and March.

Luo Shengrong, research fellow at the Institute of International Relations and Center for China's Neighborhood Diplomacy at Yunnan University in Kunming, the provincial capital, said poverty alleviation in countries in the Mekong River Basin had become more difficult during the pandemic.

This is mainly because they lack experience in handling such a crisis, have relatively poor healthcare infrastructure, limited medical resources and need support for their rural populations, Luo said.

In addition, cooperation on poverty alleviation has been halted due to logistical problems during the pandemic, Luo added.

Tung, from MDRI, said another challenge is posed by the many migrant workers from Vietnam who have lost their jobs overseas, and who may be stranded abroad due to travel restrictions.

A staff member at Mekong Plus gives hygiene tips to a boy in Vietnam last year. (PHOTO PROVIDED TO CHINA DAILY)

In July, a UN policy brief warned that the socioeconomic crisis caused by the pandemic "threatens to destroy the livelihoods of Southeast Asia's 218 million informal workers".Remittances from Southeast Asians working abroad were likely to fall by 13 percent, or US$10 billion, according to a forecast.

Tung said, "The governments of these nations need to take care of migrant workers who want to return to their home countries," adding that these administrations can also negotiate ways to help such employees find other jobs.

Before the pandemic struck, countries in the Mekong region had made significant progress with poverty alleviation and inclusive development. The latter ensures that all marginalized and excluded groups are stakeholders in development processes.

Kervyn, from Mekong Plus, said the proportion of those living in poverty in Vietnam had fallen from about 40 percent when he arrived in the country some 25 years ago to below 10 percent today.

Although the organization hopes to help more poor people in the long term, Kervyn said its main goal now is to survive until the pandemic is over.

Mekong Plus is operating on a budget that is 40 percent lower than before the pandemic emerged, as international travel restrictions have made it difficult for it to organize overseas funding events. 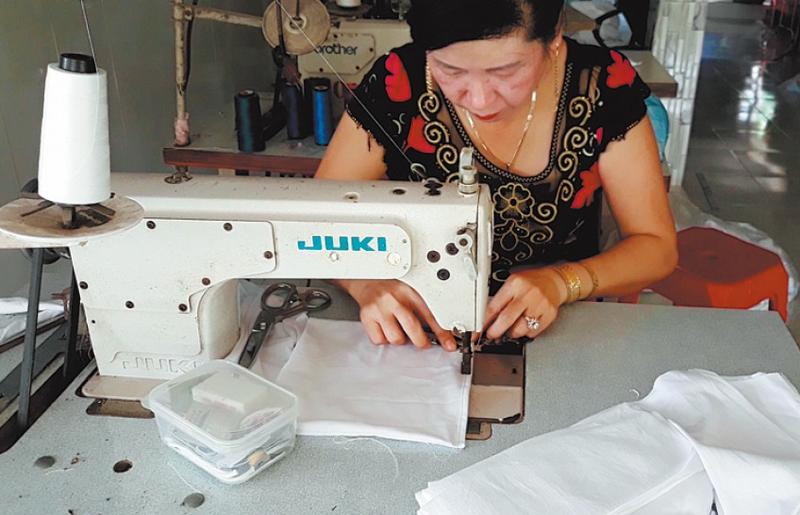 In the short term, the organization would have a "funding crisis", Kervyn said, adding that 2021 will be a tough year.

With limited funding, he said he is attempting to prioritize projects that can help reduce the impact of COVID-19 on the extremely poor, such as micro-financing, teachers' training and improving school infrastructure.

Kanokwan, from MSSRC, said that to make poverty alleviation efforts more effective, governments could use technology such as big data to help people.

"Inclusive growth is just a fancy term for every government in the Greater Mekong sub-region. To really make it happen, governments have to get their exact number of poor people ... and identify ways or mechanisms to support them," Kanokwan added.

Tung said countries in the Mekong region need to invest in infrastructure and approve support packages for the poor and unemployed. In addition, vocational training is important in helping the unemployed find work during the pandemic.

Luo, from Yunnan University, said China can help Mekong countries by sharing its anti-pandemic experience to safeguard food, water and energy supplies through the provision of humanitarian aid. It could also increase financial aid with more infrastructure investment and an additional focus on projects to help eradicate poverty.

Over the past five years, cooperation on poverty alleviation between China and countries in the Mekong River Basin has been "steadily moving forward, with strong cohesion demonstrated in the Lancang-Mekong region", Luo said. (The Lancang River is known as the Mekong after it leaves China).