WTO to set up panel over US relabeling of HK exports 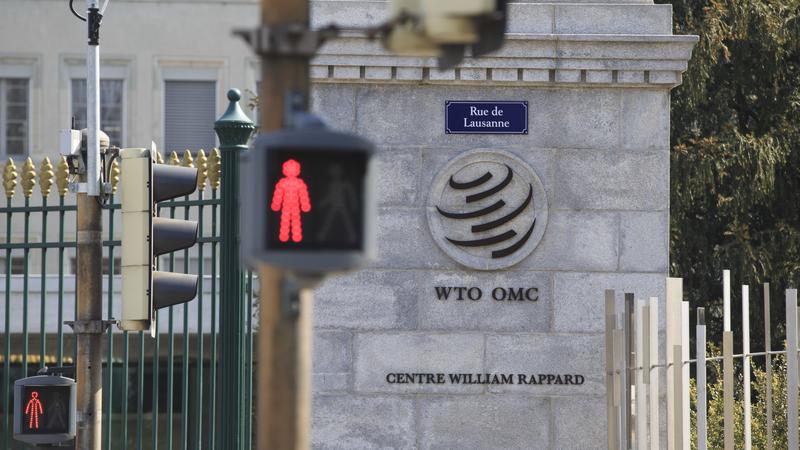 This photo taken on April 2, 2019 shows the logo of the World Trade Organization (WTO) on the main gate of the WTO headquarters in Geneva, Switzerland. (XU JINQUA / XINHUA)

At a meeting with the WTO’s dispute settlement body, Laurie Lo, permanent representative of the HKSAR to the WTO, reiterated Hong Kong's strong objection to the US' unilateral and irresponsible imposition of the new requirement. The new requirement is not only unjustifiable but is also inconsistent with a number of WTO rules, and it damages Hong Kong's interests as a WTO member, a government release quoted Lo as saying.

The special status of Hong Kong has been widely recognized and respected by the international community, and Hong Kong's economic and trade status is on par with that of other WTO members.

A spokesman for Hong Kong’s Commerce and Economic Development Bureau said that so far 13 WTO members have indicated an interest to join meetings of the panel as third parties. “…. This shows their concern with the issue which involves the multilateral trading system and the equal rights of WTO members,” according to the release.

The spokesman reiterated that the HKSAR is a separate customs territory. The city may, using the name "Hong Kong, China", participate in international organizations such as the WTO and the Asia-Pacific Economic Cooperation as a separate member, and develop mutually beneficial economic and trade relations with economies around the world, the spokesman said.

“The special status of Hong Kong has been widely recognized and respected by the international community, and Hong Kong's economic and trade status is on par with that of other WTO members,” the spokesman said.

“The ‘Made in Hong Kong’ marking on Hong Kong products has been accepted internationally for many years. The marking not only conforms to Hong Kong's status as a separate customs territory and complies with WTO rules, but also provides consumers with clear and accurate information on product origin,” the spokesman added.