Editor's Note: The Chinese economy faces many challenges despite achieving positive growth last year. How can China overcome these challenges and realize sustainable growth in the long run? Three experts share their views on the issue with China Daily. Excerpts follow: 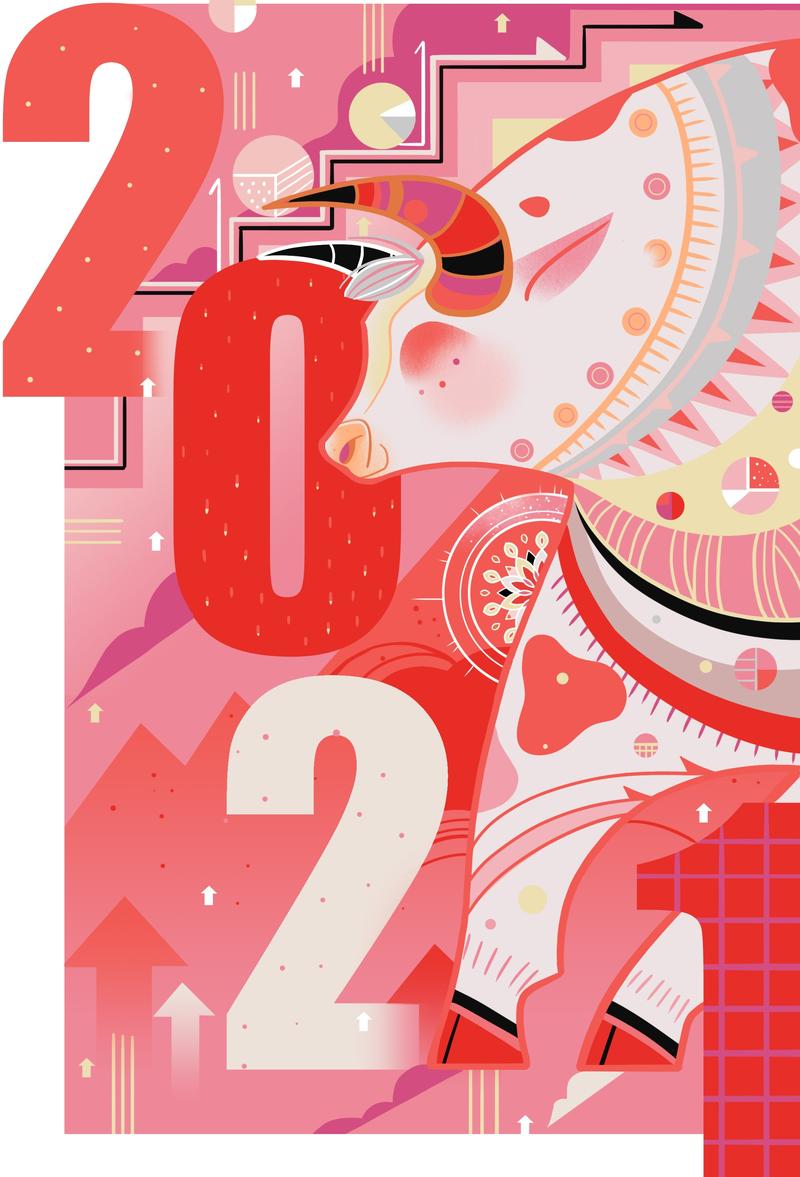 Higher-quality growth should be the focus

The COVID-19 pandemic dealt a heavy blow to the Chinese and global economies. Yet thanks to China's strict pandemic prevention and control measures and effective fiscal policy, the Chinese economy recovered from the sharp decline in the first quarter of 2020 to achieve 2.3 percent GDP growth for the whole of last year, making China the only major economy to register positive growth.

For China, achieving sustainable economic growth remains the main task in 2021, and given the low base, the rate of China's economic growth this year will be significantly higher than in 2020.

However, despite the expected macroeconomic boom this year, at the micro level, many households may face a tough time, which the authorities should pay close attention to.

This means China has to deal with multiple challenges at home and abroad. The novel coronavirus isn't likely to be contained globally in a short time, especially because mutating variants of the virus may undermine the efficacy of the vaccines. As a result, the epidemic may continue to impact global demand and, by extension, the Chinese and global economies.

Also, if the pandemic is effectively contained across the world, global supply would recover affecting China's exports, as some major countries could accelerate production and exports, and more rigorously push their geopolitical agendas, creating new challenges for global trade and the world economy.

Besides, the uneven recovery of the global economy could lead to further imbalance in supply and demand, creating more problems for the real economy and financial sector, and widening the profitability gap between State-owned enterprises and private companies, and between companies of different scales.

Another fear is that, in the face of the pandemic, more proactive fiscal and prudent monetary policy, intended to promote steady economic growth, could increase the non-financial sector's debt. Which the authorities need to be mindful of.

First, the fact that local governments' rising debts could result in more insolvency cases remains a major concern, so the authorities should strengthen supervision on debts. Also, China should take advantage of its fast economic recovery and positive GDP growth just as it did in the wake of global financial crisis.

Second, the authorities should follow proactive fiscal and prudent monetary policy in the long run while being open to making necessary changes.

Third, economic growth shouldn't be the only focus of SOEs and private companies; instead they should try to achieve sustainable, higher-quality development.

And fourth, the government should ensure better coordination between fiscal policy and monetary policy, so as to provide the needed support for small and medium-sized businesses and boost the real economy.

China must not lower guard against epidemic

Despite the pandemic-induced global economic recession and the trade war triggered by the previous United States administration, the Chinese economy has performed better than expectation on multiple fronts including GDP growth, employment and inflation.

On the demand side, since domestic consumption has lagged behind production, China should promote new forms of, and higher-quality consumption apart from boosting trade in bulk commodities

In particular, China achieved two landmarks last year－it crossed the 100 trillion yuan (US$15.41 trillion) GDP mark, accounting for about 17 percent of the world economy, and realized the goal of eradicating absolute poverty a decade ahead of the poverty alleviation goal of the United Nations 2030 Agenda for Sustainable Development.

But given the slow global economic recovery and the unpredictability of the virus, China should not let its guard down against potential risks, in order to achieve sustainable economic growth, especially because 2021 marks the beginning of the 14th Five-Year Plan (2021-25) and the new journey toward modernization.

On the demand side, since domestic consumption has lagged behind production, China should promote new forms of, and higher-quality consumption apart from boosting trade in bulk commodities.

And on the supply side, the authorities should expedite the building of self-dependent supply chains and promote technological breakthroughs in key fields.

In short, China should further deepen reform and opening-up to achieve sustainable development.

Although the Chinese economy grew by 2.3 percent last year, there was a 3.5 percent shortfall in output because of the pandemic. This shortfall has had a huge impact on China's financial market thanks to the underpinning of fiscal policy and monetary policy, and a growing amount of capital chasing profits in the stock market, raising asset prices and creating bubbles in the housing sector.

The pandemic has given rise to some new challenges. First, for example, China may be forced to give debt relief to overseas borrowers, as most developing countries have suffered huge economic losses due to the pandemic and may not be able to repay their debts on time.

Second, China's banking sector is struggling because of the vast amount of non-performing loans and assets－at the end of March, the debt default is expected to increase from 3 percent to between 6 percent and 14 percent.

And third, rising defaults have made the domestic bond market volatile, especially since the fourth quarter of last year, due to a decline in both ability and willingness of the parties to repay their debt.

So regulations should be strengthened to ensure debtors don't use the pandemic as an excuse to evade paying their debt.