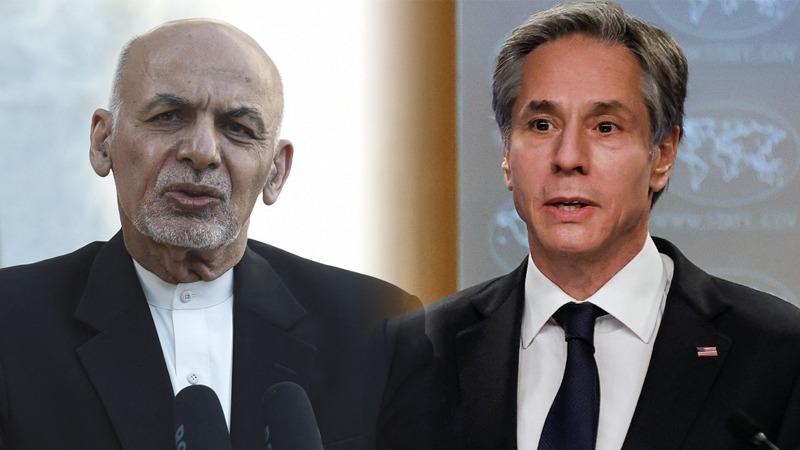 WASHINGTON - US Secretary of State Antony Blinken and Afghan President Mohammad Ashraf Ghani on Wednesday discussed the US' ongoing review of its strategy in Afghanistan, the State Department said on Thursday.

The Secretary reiterated America's commitment to support the peace process, aiming for a just and durable political settlement and permanent and comprehensive ceasefire.

"The Secretary reiterated America's commitment to support the peace process, aiming for a just and durable political settlement and permanent and comprehensive ceasefire," according to a statement by State Department spokesperson Ned Price.

Blinken also emphasized that the United States will continue close consultations with Afghan leaders, NATO allies, and international partners on the way ahead, according to the statement.

The United States and the Afghan Taliban signed an agreement in late February 2020, which called for a full withdrawal of the US military forces from Afghanistan by May 2021 if the Taliban meet the conditions of the deal, including severing ties with terrorist groups.

The administration of President Joe Biden had noted that the Taliban had not met its commitment under the US-Taliban deal.

Pentagon spokesperson John Kirby said last month that no decision had been made on future US force presence in Afghanistan, adding that 2,500 US troops currently stationed in the country were sufficient to accomplish counterterrorism missions.

The war in Afghanistan, which has caused about 2,400 US military deaths, is the longest one in US history.