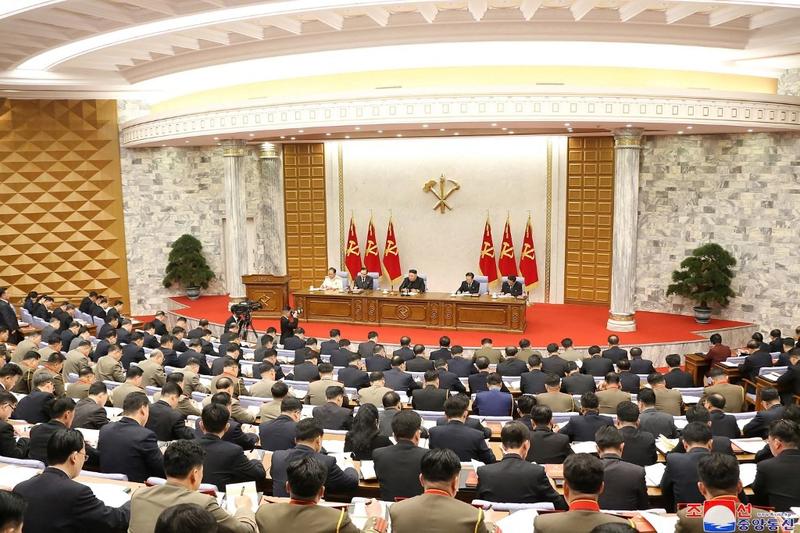 This picture taken on February 10, 2021 and released from the DPRK's official Korean Central News Agency on February 11, 2021 shows the third-day of the 2nd plenary meeting of the 8th Central Committee of the Workers' Party of Korea in the DPRK. (STR / KCNA VIA KNS / AFP)

PYONGYANG - Kim Jong-un, top leader of the Democratic People's Republic of Korea (DPRK), called on the legislation sector to strengthen legal supervision and control over the establishment and executive process of the national economic plan on Wednesday, official media reported Thursday.

On the third day of the plenary meeting of the eighth Central Committee of the ruling Workers' Party, Kim suggested important tasks for firmly ensuring the implementation of the national economic plan by law and the fulfillment of this year's economic tasks, the Korean Central News Agency said.

He called on the legislative sector to "remove irrational elements becoming stumbling blocks to the implementation of the national economic plan and enact and perfect new laws for every sector which help promote the efficiency of the production and construction."