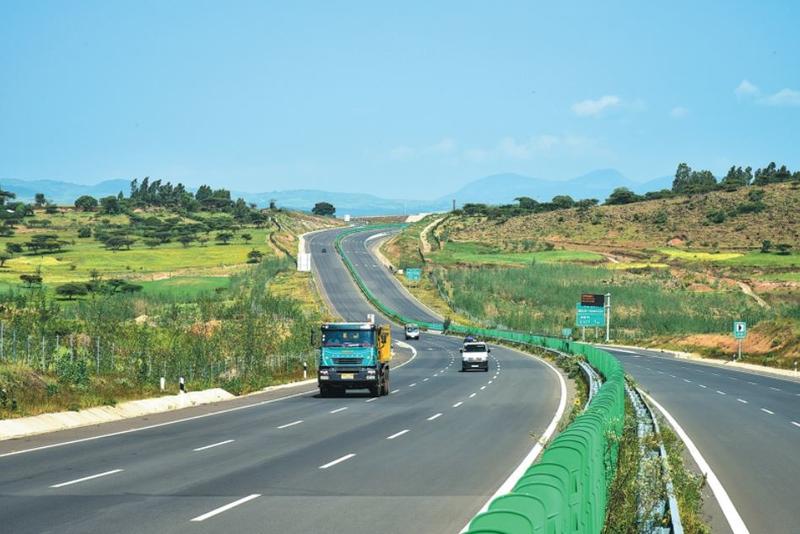 In this undated file photo, the Addis Ababa-Adama Expressway, the first in Ethiopia, is a decisive project for China Communications Construction Co in Ethiopia. (PHOTO PROVIDED TO CHINA DAILY)

ADDIS ABABA, Ethiopia－With the help of a Chinese construction company's "commendable work efficiency", the Ethiopian government aspires to improve the country's fuel distribution network with the timely completion of a Chinese-contracted railway project, said an official.

Ethiopia, a landlocked country highly dependent on imported petroleum products, on Sunday laid the cornerstone of a railway project connecting the central Ethiopian market town of Awash and the maritime nation of Djibouti, which is contracted by two Chinese companies－China Railway Group and China Civil Engineering Construction Corp.

"Fuel plays a big role in our economy. As a whole, fuel is the leading one in the energy sector," Hailemariam said, emphasizing the "huge impact and role" fuel plays in the East African country's agriculture, construction, transportation as well as various other sectors.

"We had a very old railway from Djibouti to Addis Ababa, which is now abandoned. But what makes this (the new railway) special is that it's an electrified train and its efficiency is much better than the old one," Hailemariam said.

"The efficiency of the transportation system simply means fuel can arrive from Awash to Djibouti within eight hours," while it takes two to three days via truck, he said.

The EPSE chief also spoke highly of the Chinese contractor's completion of the project on time.

"Chinese contractors are very efficient. I hope from my experience working with them and from the historical background of Chinese contractors that they may complete ahead of time. They are now planning to complete it within nine to 12 months, but hopefully they can complete it shorter than expected," Hailemariam said.

The rail line, scheduled to be completed within one year, can carry two oil tanker trains per day and achieve an annual delivery capacity of 1.3 metric million tons in the near future. In the long run, its transport capacity will rise to six trains per day.

The Addis Ababa-Djibouti railway, as the first electrified transnational railway in East Africa. It provides various freight services to locals, including transportation of perishable goods, vehicles, cereals and fertilizers.